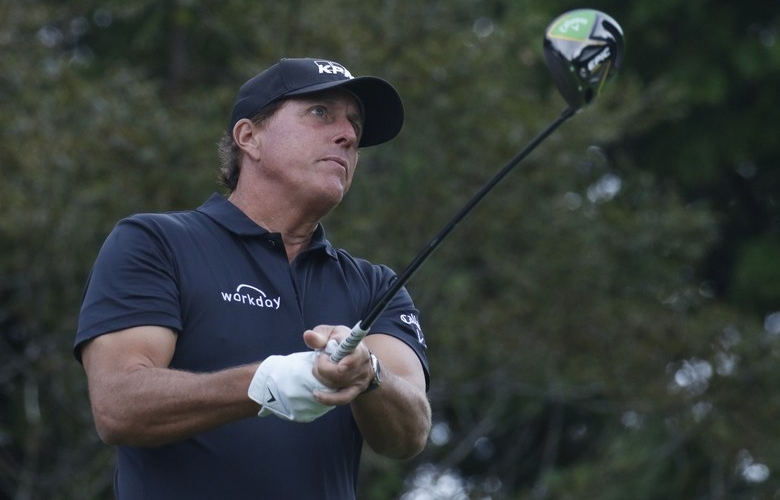 By Dave Shedloski
Phil Mickelson being Phil Mickelson—an inveterate and incorrigible mischief-maker—he wasn’t about to forego a chance to own his longtime rival Tiger Woods and singer Jake Owen with a single post on Twitter, which he did last week. Nov. 23 to be specific, the first anniversary of Mickelson earning $9 million, the most lucrative Black Friday payday in golf history.

“It’s been exactly one year today since I won 90,000 $100 bills. I still have 89,999. Jake Owen has the other one,” Mickelson tweeted along with a photo of the cash, ostentatiously stacked in front of the two competitors that chilly night in Las Vegas after Mickelson defeated Woods in the much-ballyhooed pay-per-view showdown, “The Match.” The photo shows a smiling Mickelson displaying his signature thumbs-up gesture, while Woods forces a tight grin but looks clearly annoyed.

“Winning was a lot more meaningful to me than it would have been to Tiger,” Mickelson said by phone from California this past weekend. “He’s gotten the better of me in so many areas, and his records set him apart. But just to get one up on him, as small as that might’ve been, was something. And I know it bothered him to have me essentially take $9 million from him, from him or because of him. And, so, I know that got to him a little bit, and, yeah, that felt really good to finally get just a little bit back for the majors and so forth that he has up on me.”

Owen inserted himself into the narrative by confronting Mickelson at Jordan Spieth’s wedding in Texas the day after The Match and offering a personal critique. Owen shared the story with Barstool Sports in April, admitting that, bolstered by alcohol, he walked up to the left-hander and demanded a refund of his $29.99 pay-per-view fee for “wasting four hours of my life with some of the sh—est golf I’ve ever seen.” 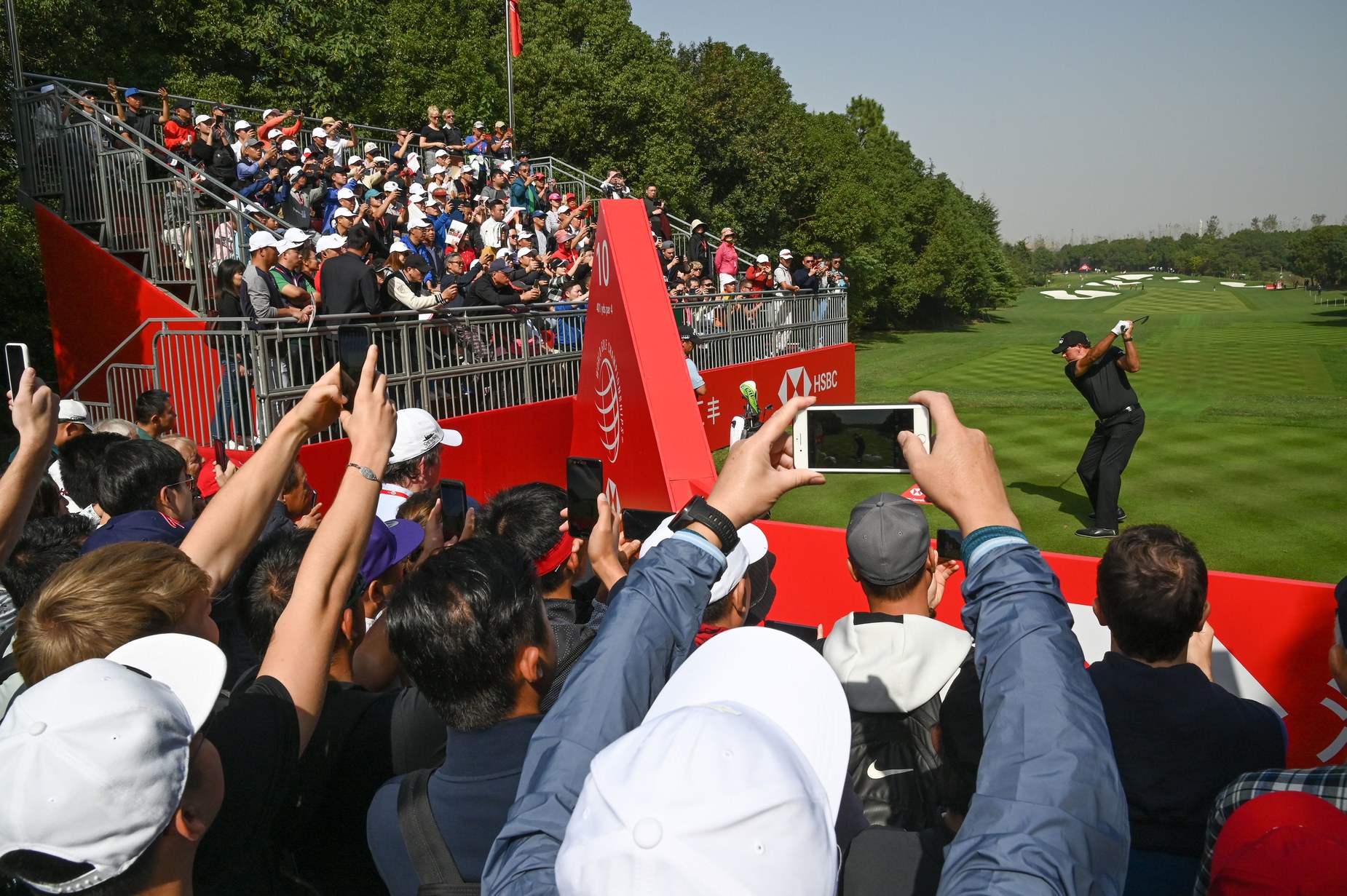 Ben Jared
Mickelson tees off on the 10th hole during the first round of the WGC-HSBC Champions in October.

As Owen tells it, Mickelson peeled off a C-note, gave it to Owen, and told him to “go f— himself.” Upon further review, Mickelson remains proud of that story. His response to Owen was tongue-in-cheek, he said, but he obviously enjoys having the last word, which he reiterated in that latest barb on Twitter.

As for the sequel to The Match, it didn’t happen this year for a variety of reasons, mostly scheduling, and in deference to Woods, whose Hero World Challenge is this week followed immediately by the Presidents Cup in Australia, at which he is serving as both captain and competitor for the U.S. team. It all would have been a bit much in a compacted time frame, Mickelson said.

Mickelson, of course, doesn’t have such scheduling issues or travel challenges right now. For the first time since 1993, he is not playing in the Presidents Cup or the Ryder Cup, a streak almost as impressive as his run of 1,353 weeks ranked in the top 50 in the world that ended Nov. 3. Until this year, he had played in every Presidents Cup.

While disappointed to be omitted from this year’s team—and he candidly admitted that he didn’t deserve a captain’s pick from Woods after failing to make the team on points—he assessed his coming weekend at home in typical Mickelson fashion.

“I’ve always thought this would be one of the most exciting events to watch,” he said. “No, I’m excited. I’m pulling for the guys. I want to see us get another win.”

Truth be told, it’s a blessing in disguise to be homebound, according to Mickelson. His wife, Amy, has battled a series of health challenges this year (non-life-threatening and not related to her treatment for breast cancer a decade ago) that have weighed heavily on Phil, though she is better now. He wouldn’t deny that his wife’s health was paramount in his thoughts throughout a season in which he captured his 44th PGA Tour title in February at the AT&T Pebble Beach Pro-Am but then struggled thereafter. Other than a T-18 finish at the Masters, he wasn’t competitive, and he admitted he was having trouble focusing on the course.

But he declined to make excuses. “I can do better, and I’m really working on a lot of things to be ready to play a full schedule,” he said.

Failing to qualify for the U.S. Presidents Cup team, he said, “is a good motivator for me to get back to playing the way I did early this year and sustain it and make [the 2020] Ryder Cup team. I don’t want last year’s Ryder Cup [a loss in France] to be my last team event.

“I’m very optimistic to have a great next couple of years,” Mickelson said. “I’ve had some really good things happen. As far as physically, I’m in the best shape of my life, and also my game feels a lot better. I’ve also been doing a few things to kind of help my focus and my mental sharpness and acuity. And if I can do that, I know I can play some really good golf again.”

Question him if you like and doubt him if you must. Just don’t be surprised if he replies with a very sharp comeback like the one he uttered to Owen. He still has $89,999, hundred-dollar bills with which to talk smack.