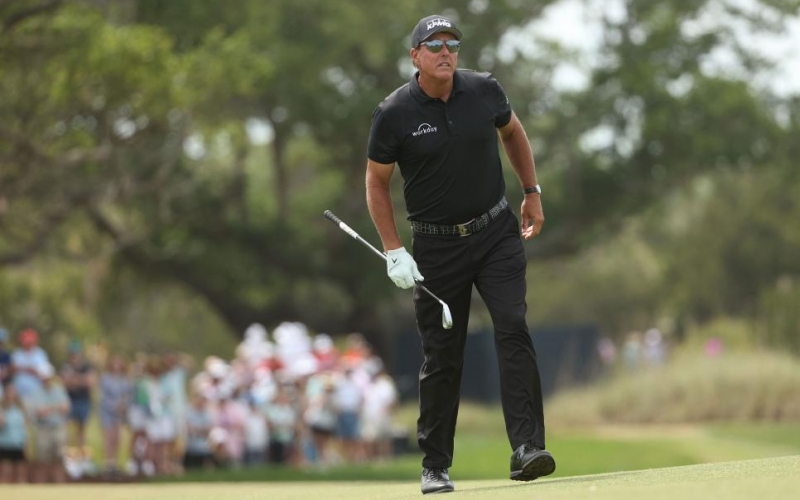 By Ryan Herrington
As has been noted many times, Phil Mickelson is not shy about calling out persons, places or things he takes umbrage with on or off the golf course. His opinionated nature was on full display again Tuesday when the USGA and R&A announced the introduction of a Model Local Rule that would limit the length of a driver to 46 inches.

“Stupid is as stupid does.”Mrs Gump

The response was expected given that Mickelson tweeted back in August his frustration that the governing bodies were discussing this in the first place. So when it became official, everyone was just waiting for Lefty’s response. Suffice it to say, we’ll give him some credit for creativity with the Forrest Gump imagery.

Mickelson wasn’t the only tour pro who went on the record Tuesday saying he wasn’t fully onboard with the USGA/R&A move. Justin Thomas questioned the need for it, suggesting that there are is another equipment issue facing the pro game are more pressing—armlock putting.

On Wednesday, Mickelson was back on social media to voice his displeasure on the subject once more, albeit with a new, fresh target—the PGA Tour. Amid Tuesday’s news of the USGA/R&A decision, officials from the tour released a statement saying that they would implement the local rule in PGA Tour events starting Jan. 1, 2022.

Again, Lefty was not pleased to hear the PGA Tour’s stance. And it would appear he was even more upset with the way the tour made it known to players.

It is extremely disappointing to find out that the PGA Tour adopted the new USGA rule through the media. I don’t know of any player who had any say or any kind of representation in this matter. 🤔 I do know many are wondering if there’s a better way.

Again, this is a consistent pattern for Mickelson. He’s never been afraid to point fingers at authority. (See the 2014 Ryder Cup Sunday press conference.) Guessing Mickelson just wants to make sure he doesn’t forget to call anybody out.