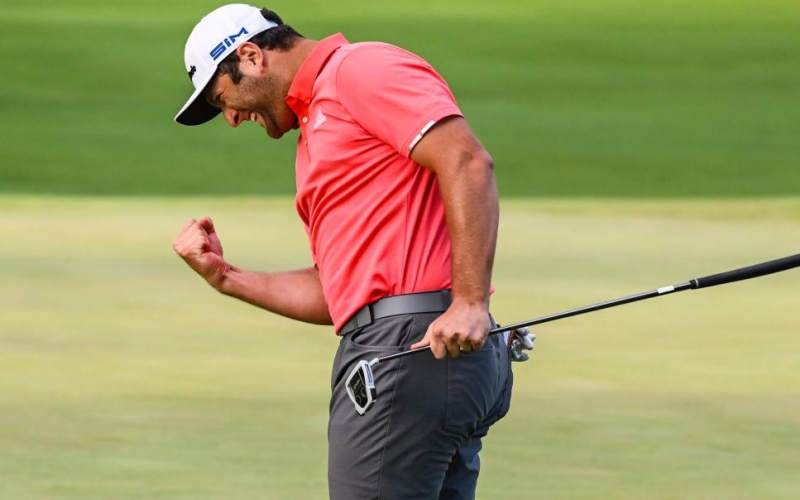 Keyur Khamar
Jon Rahm celebrates his winning birdie putt in a playoff with Dustin Johnson in the 2020 BMW Championship.

By Brian Wacker
When the PGA Tour announced its 2020-’21 schedule in September, the calendar featured a few venues the circuit had never visited, including much-ballyhooed Shadow Creek in Las Vegas. That trend will continue for at least one week in 2022.

On Tuesday, tour officials announced that the BMW Championship, the second leg of the FedEx Cup Playoffs, is headed to the South Course at Wilmington (Del.) Country Club, marking the first time the tour will play a tournament in the state.

While this is Wilmington C.C.’s first pro tournament, the club has played host to several top amateur events since its founding in 1901. Among the notables are the 1971 U.S. Amateur, played on the Robert Trent Jones-designed South Course and won by Canada’s Gary Cowen, and the 1913 U.S. Women’s Amateur on the property’s Old Course when Gladys Ravenscroft was the champion. The 2013 Palmer Cup was also held on the South Course, with a United States team that included Justin Thomas, Daniel Berger and Patrick Rodgers.

The move also means the BMW Championship won’t return to Chicago until at least 2023, with the 2021 tournament being held at Caves Valley Golf Club outside Baltimore. Before becoming part of the FedEx Cup Playoffs in 2007, the BMW tournament was known as the Western Open and was run by the Western Golf Association, which is based in a suburb of the Windy City. The Western GA is still involved, but this will be the third time since 2018 that the BMW has been held on the East Coast.