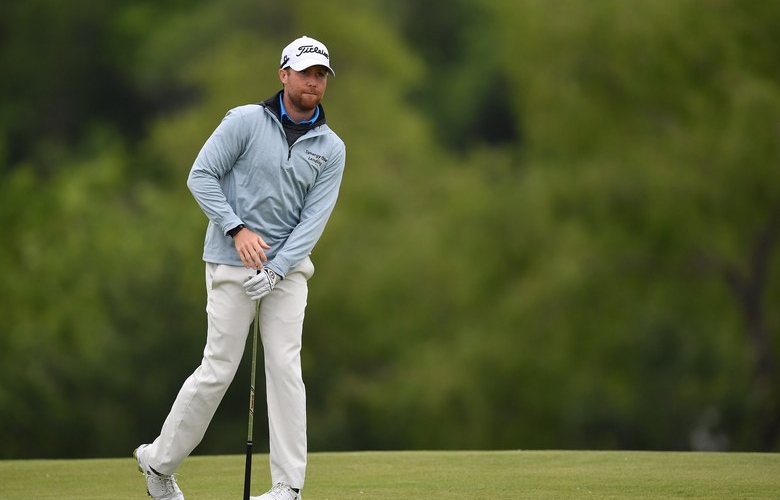 By Joel Beall
Tyler Duncan made just one bogey in his second-round 66 at the rain-delayed AT&T Byron Nelson. Unfortunately for the 29-year-old, the bogey cost him more than a shot on the scorecard.

Duncan’s approach at the par-4 13th at Trinity Forest sailed to the right of the green on Friday and hit a spectator. A spectator that Duncan holds close to his heart.

“Today I hit my wife in the head on that hole,” he told reporters after Round 2. “Took a big bounce and hit her, I guess.”

Duncan said he was not aware that it was his wife until after the round, meaning he can’t use the incident as an excuse for failing to get up-and-down on the hole. “I had a little mud on the ball, little unfortunate timing there and shot out to the right,” he explained.

“Not long after we started dating, she actually got hit in the head by another ball, a random ball from the driving range,” Duncan said. “She’s dodged two hits to the head. I’m sure most people can’t say that.”

Luckily, Duncan said Maria wasn’t hurt. Duncan, who tees off at 6:40 p.m. ET on Saturday, is currently in a tie for second place. His best career finish is a T-5 at the Safeway Open, and a win would double his career earnings. Just spitballin,’ but he might want to set aside some of that cash for an apology gift.

In a typical year, anticipation is the overwhelming emotion one feels leading into the Masters...