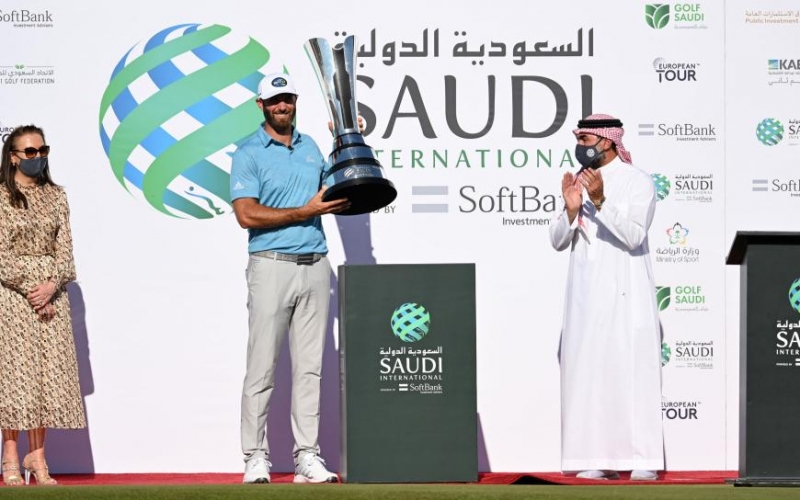 By Dan Rapaport
The PGA Tour has granted conflicting-event releases to members who have petitioned to play in the Saudi International, an Asian Tour event whose Feb. 3-6, 2022 date coincides with the AT&T Pebble Beach Pro-Am.

Dustin Johnson, Bryson DeChambeau, Phil Mickelson and Xander Schauffele are among a number of PGA Tour players committed to playing in the tournament, which has been controversial since its inception as a European Tour event in 2019. The tournament is put on by the Saudi Arabian government, which has come under international scrutiny for its human rights record. A second layer of controversy developed when the Saudi government’s Public Investment Fund established LIV Golf Investments this fall, naming Greg Norman its CEO and announcing it would pump $200 million into the Asian Tour with the idea of potentially establishing a series of events in the future that could challenge the PGA Tour’s position atop professional golf.

The PGA Tour announced its decision in a memo distributed on Monday to its membership, outlining the tour’s conflicting-events policy and explaining its reasoning in this instance to grant the releases. Under PGA Tour rules, players are prohibited from playing in any other golf tournament or event on a date when the player is eligible for that week’s PGA Tour event. There are, however, a few limited exceptions: an event on a foreign player’s “home circuit,” major championships/Olympics/team events, and when the player obtains an advance written release.

More than a dozen tour players sought permission through such a release, which are limited to three per season per player. But, as the memo reads, “the Commissioner may deny any particular request if he determines that such a release would cause the PGA Tour to be in violation of a contractual commitment to a tournament sponsor … or would otherwise significantly and unreasonably harm the PGA Tour and its partners.”

There was some speculation that the tour might use that final clause to deny these requests, and previous reports predicted the PGA Tour and the DP World Tour (formerly the European Tour) would do so. (The DP World Tour has not yet announced a decision, though it is expected to follow the PGA Tour’s lead).

Instead, the tour essentially opted against a conflict with some of its biggest stars. “As noted above, [the PGA Tour handbook] fully supports the denial of these requests. However, in an effort to allow these members the opportunity to play in a single sanctioned tournament outside North America on a recognized tour, we have decided to approve all of these releases.”

There are, however, conditions. If a player has played Pebble Beach at least once in the past two years, he must play in either the 2023 or 2024 event. Those who have not played the tournament in the last five years will be required to play in two of the next three AT&Ts.

The memo also noted that the tour did not consider the decision to grant the releases as “precedent-setting.” “We’ll evaluate all future release requests (for this event and any other events) individually and decisions will be based on the facts and circumstances in accordance with the Regulation.”

The decision will be a popular one with players, even if it will embolden LIV Golf Investments in its pursuit to loosen the PGA Tour’s grasp on the top players.

“I think we’re independent contractors and we should be able to play where we want to play,” said Rory McIlroy, chairman of the PGA Tour’s Player Advisory Council, earlier this month at the Hero World Challenge. “So in my opinion, I think the tour should grant releases. It’s an Asian Tour event, it’s an event that has official golf world rankings.

“I do see reasons why they wouldn’t grant releases,” McIlroy continued. “But I think if they’re trying to do what’s best for their members and their members are going to a place other than the PGA Tour and being able to earn that money, I mean, we’re independent contractors and I feel like we should be able to do that if that’s what our personal choice is. My personal choice is not to do that, but obviously a lot of players are doing that and I think it’s fair to let them do that.”