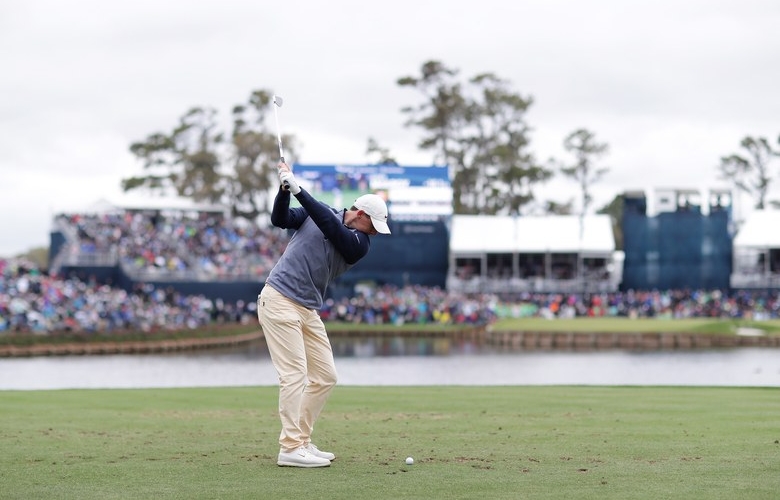 By Joel Beall
The PGA Tour regular-season finishes this week at the Wyndham Championship, with three-event playoffs officially putting the bowtie on the 2018-’19 campaign. But, due to the tour’s wrap-around schedule, the new “year” begins in earnest in early September. On Monday, the PGA Tour unveiled what that schedule will look like, with a handful of significant changes.

The tour’s tentpole ethos—hosting a significant tournament in six straight months—returns, with the Players Championship in March, the Masters in April, the PGA Championship in May, the U.S. Open in June, the Open Championship in July and the FedEx Cup Playoffs in August. The tour will also cater to the sport’s participation in the 2020 Olympics in Tokyo, with no tournament on the schedule during the Summer Games’ golf competition.

One of the biggest moves of note is the WGC-FedEx St. Jude Invitational. Played this year the week after the Open, the final WGC event leaves late July to in-between the U.S. Open and Open Championship, giving the tournament—and the players—time to breathe. Also a winner is the Rocket Mortgage Classic. The second-year event, whose field lacked considerable pop in its early July position, is moving to May, to be held a week before the Memorial.

Those that will be viewed as victims of the altered itinerary include the 3M Open. After a stellar debut featuring a duel between Matthew Wolff and Collin Morikawa, the Minnesota event is shoehorned between the Open Championship and the Olympics. Also taking a blow is the Travelers Championship. While the U.S. Open is just down the road at Winged Foot next summer, the Hartford staple is in the middle of a U.S. Open and WGC sandwich, potentially siphoning the field of star power. And though it’s a European Tour event, the Irish Open will now be competing with the WGC-FedEx St Jude’s new date, potentially threatening the Irish-Scottish-British trifecta that’s been a treat for links fans.

As previously announced, the Northern Trust will begin its Massachusetts—New York seesaw by visiting TPC Boston in August. The playoffs will proceed to Olympia Fields in Chicago for the BMW Championship and conclude at East Lake for the Tour Championship.

The fall portion of the slate begins Sept. 9 in West Virginia. The Military Tribute at the Greenbrier, along with the Houston Open, moved from their historical summer spots to autumn. There are two new events in the fall: the Zozo Championship, which will be the first PGA Tour event in Japan, and the alternate event Bermuda Championship. Also of note: the Sanderson Farms Championship, which has been promoted from its alternate-event status. 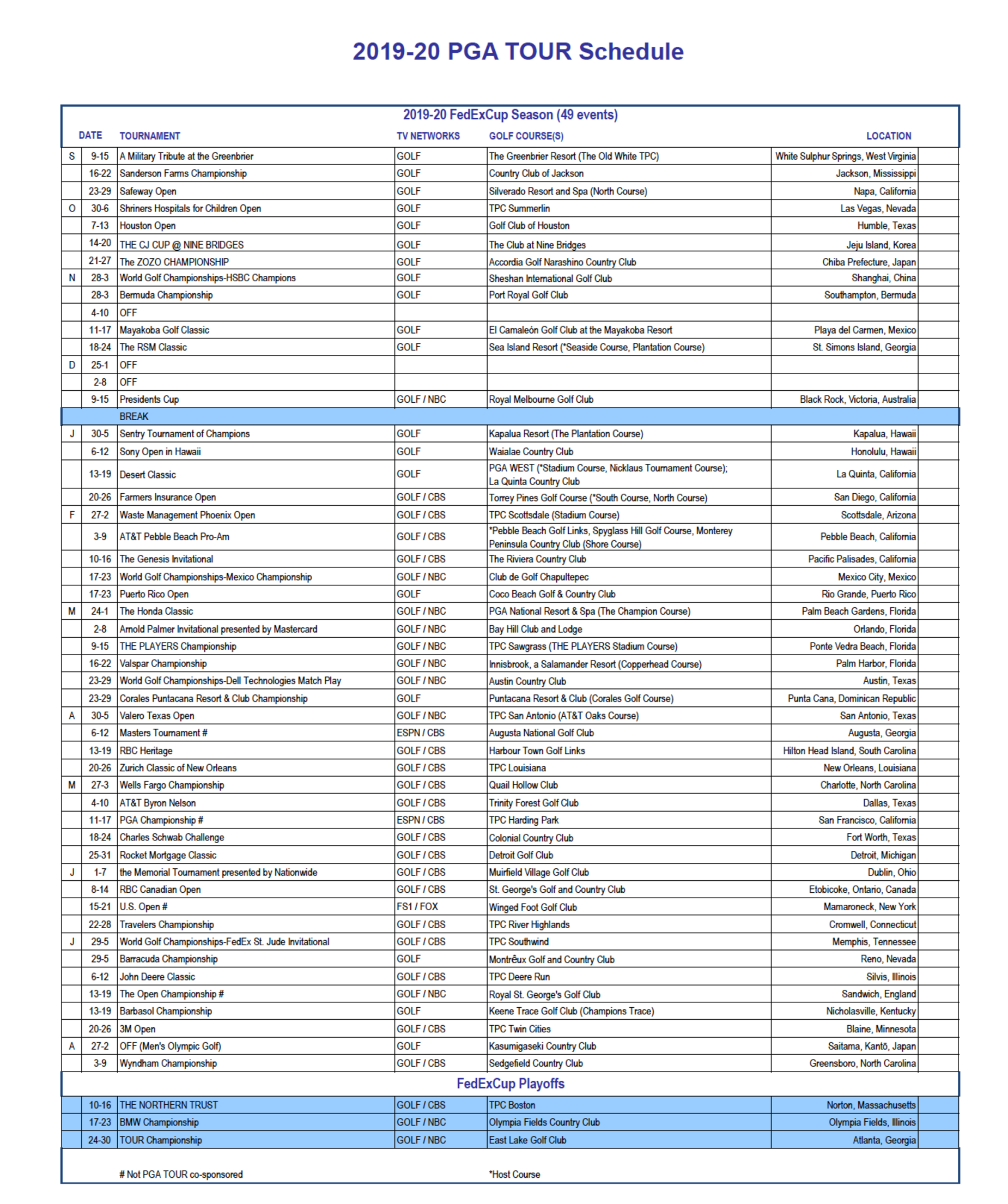