By John Huggan
Imagine, if you will, the year is 1970. Dig out those long-forgotten hip-hugging bell-bottom pants and midi-skirts. And settle down to watch the 52nd PGA Championship, which is headed to Southern Hills for the first time in the club’s history. And which is why we are flicking through the official tournament programme, all 210 pages of it.

We recently purchased a copy on eBay for slightly more than the $1 official cover price. As far as reads go, it’s interesting, entertaining and sometimes eyebrow-raising. It is, of course, reflective of the times in which it was published — both good and bad. What was acceptable and the norm more than five decades ago can be head-shaking today, as we fast-forward to a year when the PGA of America holds the 104th PGA Championship and plays the men’s major at the Tulsa, Oklahoma, course for a fifth time. Exclusive country clubs circa 1970 were far from enlightened and/or diverse, as the sea of white/male/middle-aged faces on the various committees shows only too clearly.

Other comparisons between then and now are everywhere. But before we get to that, it must be said this championship was surely one of the friendliest on record. The opening pages of the program are littered with “welcomes” from an eclectic group of clearly terribly important people. 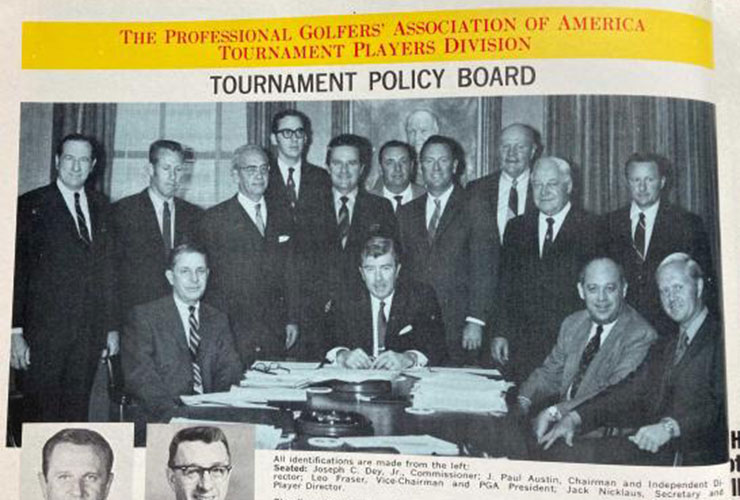 It’s quite a list. Oklahoma Governor Dewey F Bartlett is up first, followed by Tulsa mayor Robert J LaFortune. Then ‘general co-chairmen’ Harold G Lewis and FG McClintock get their say, followed by George H Galloway, president of the Southern Hills Board of Governors. All before a gallery of PGA officials (one of them someone called Jack Nicklaus) leads us into two pages of ‘committee chairmen’. There are 38 of those, only two of them women and all of them white. A broad cross-section of society this was not.

Wait a minute, we’re not done yet. Members of the ‘PGA of America Tournament Players Division, tournament policy board’ make an appearance. Nicklaus is there again. So is commissioner Joe Dey and former US Open and Masters champion Billy Casper. Standing innocently at the back is one Deane Beman, chairman of the ‘Young Players Advisory Council’. Thought with the benefit of hindsight: Who knows what that lot might get up to in the next couple of years? And where could it all lead?

Many are the advertisements within the programme. Julius Boros exhorts us to “play astroturf tees. They stay in championship condition all season.” Lee Trevino was a big fan of the “Faultless” ball. It had so much going for it, too. Tests proved it couldn’t get “out of round, can’t get out of balance”. It played “straighter”. It was “more accurate”. It was “truer on the greens”. And it was “almost impossible to cut”. Quite a combination, I’m sure you’ll agree.

Indeed, several golf ball manufacturers decided it was money well spent to run advertising in PGA official programme. The marketing around them was entertaining in some of its daftness.

Titleist claimed to be “the money ball”, one whose “K2 construction” gives you extra distance consistently. Hang on though. “Look out No. 1,” says another ad. “The Ben Hogan ball outperforms you and consistently drives farther with greater accuracy and tighter dispersion patterns than any other ball tested.”

According to a Uniroyal ad, “there is no regulation ball made that will go faster than this one”. The “Royal”, it is proudly boasted, is available “only in golf professional shops”.

And finally, we are told “the PGA seems like any other ball. Until you hit it”. Apparently it gave off the loudest sound in golf. “Reason — Sonic-Winding. It’s the sound of distance. Play the PGA. For the sound and fury of it.”

I mean, what was a golfer to do amid such confusion? 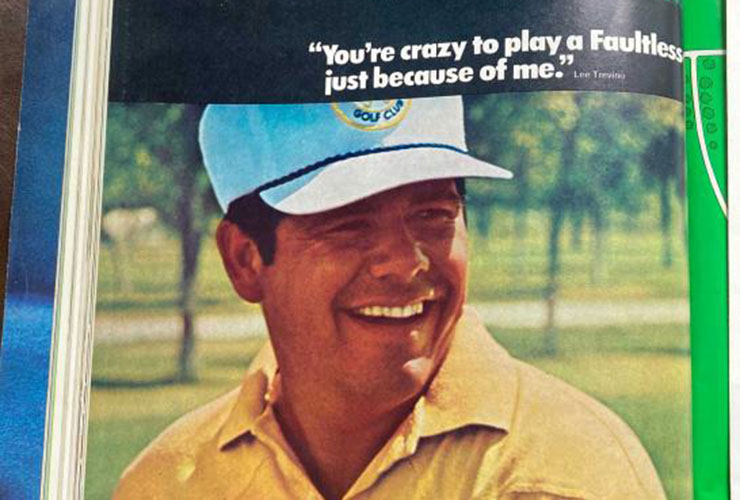 The list of tour money winners for 1969 makes an appearance. Frank Beard was top with earnings of $175,224. That would have placed Frank somewhere outside the top-400 on the world money list for 2021, only $11,087,424 behind first-placed Collin Morikawa. Or, to put it another way, Beard’s season earnings amounted to just about $5,000 less than the 21st-place finisher in last month’s Masters. At least for today’s generation of tour players, inflation maybe isn’t such a terrible thing.

Southern Hills host professional Dean Adkisson runs us through how he thinks the field will deal with what he calls a “thinking man’s golf course”. Although that is not a description he applies to the opening hole. It will be a “ball” for the “power belters”, according to Adkisson. The second, however, is a “dandy”. And the 12th, according to Ben Hogan, is “the greatest par-4 12th hole in the United States”. On the 16th, “carelessness” can lead to balls “landing in a lake short of the green.” And the 18th is “climaxed by a demanding green to putt”. Breathtaking stuff to be sure.

The 1969 champion, Ray Floyd, is profiled in colourful language. As early as the first paragraph Floyd is variously described as a “bon vivant” and a “baseball player”. Not too long after, the then 27-year-old’s lifestyle is described: “When he’s not on the golf course, or the dance floor, Ray can be spotted in a baseball uniform.” Indeed, the $35,000 cheque from last year’s win at the NCR course in Dayton “helped pay for the many parties the tour’s top swinger can toss at a moment’s notice”.

How, one wonders, are parties “tossed?” Sadly, that question goes unanswered.

Another comparison: This year Southern Hills will measure 7,481 yards in length, 519 yards more than it played in 1970 and an increase of almost 7 per cent. But even then, the course is failing to keep up with today’s power hitters. If we assume that the longest driver in the 1970 field was blasting balls in the region of 275 yards — 46 yards behind Cameron Champ, the leader on tour so far this year — then the percentage increase between then and now is 16.75. Clearly, technology is out-running the ability of the various committees to build new tees. 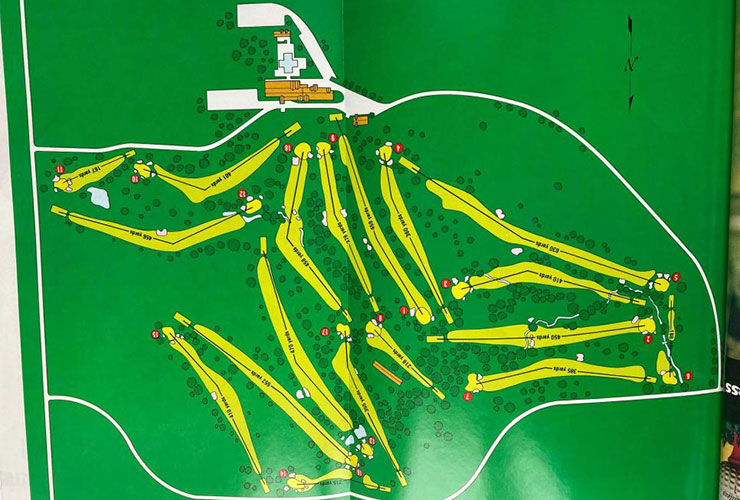 Still, at least in one respect, today’s PGA Championship is way more enlightened than its 1970-vintage ancestor. The 2022 field will surely do a better job of identifying the best players in the world, regardless of nationality. Indeed, a look back in time reveals a depressingly insular reality.

The 10 exemption categories in 1970:
All former PGA champions
Former US Open champions of the last five years
The PGA Seniors champion
Champions of the 37 PGA Sections
The low-25 scorers in the most recent PGA Club Professionals Championship
The leading 70 money-winners in tournaments co-sponsored or approved by the PGA between July 1 1969 and June 30 1970
Members of the current US Ryder Cup team
Winners of tournaments co-sponsored or approved by the PGA since the 1969 PGA Championship.
Five players not included in the categories above to be nominated in the discretion of the PGA Executive Committee
The resident professional

Not exactly an international set of criteria. Not even the reigning Open champion necessarily merited a place at Southern Hills. Nor did the Great Britain & Ireland side that played the Americans to a draw in the most recent Ryder Cup. Times, most certainly, have changed.

Yas Acres Golf & Country Club is now in full swing, following its inauguration in December and is a fine addition to the UAE’s ever-expanding portfolio of courses.