PGA Championship 2019: It’s not easy being Jordan Spieth these days (and it could get even harder) 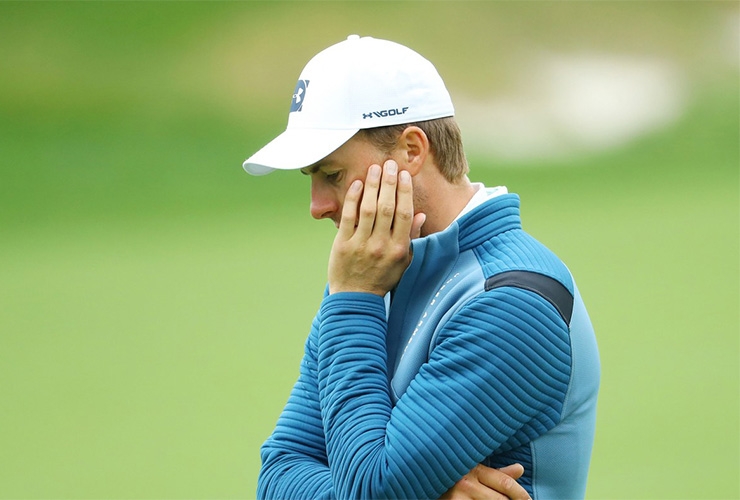 By John Feinstein
I have this memory of Jordan Spieth—running. It was at the PGA Championship four years ago at Whistling Straits, when Spieth was at the height of his powers and his fame. He had won the Masters that year and the U.S. Open, both before his 22nd birthday. Then he’d finished T-4 at the Open Championship at St. Andrews, one shot out of the playoff.

It was Friday afternoon at the PGA. Spieth had just shot a five-under-par 67 to move up to a tie for sixth place—he would eventually finish second to Jason Day. I was standing outside the media centre talking to Mike Davis, the executive director of the USGA when I looked up and saw Spieth running directly at us. More specifically, he was running towards Davis.

Davis laughed and said. “Jordan, you’re the U.S. Open champion. It’s Mike.” I jumped in and said, “Where are you going in such a rush?”

Spieth pointed in the direction of the interview room and said: “I have to get into media right away.” Davis and I both laughed. “I suspect they’ll wait for you,” I said.

Spieth shook his head. “It’s not that,” he said. “I was signing [autographs], and they told me I had to get into media. There’s a bunch of kids back there I told I’d come back and sign for when I got done in there.”

Sure enough, as soon as he finished going through his media paces—including a number of post-interview-room TV spots, Spieth ran back to finish signing for the kids he’d had to leave behind. In those days, he had to run most of the time to keep up with all the demands people were making on his time.

That was then, this is now.

Wednesday morning, Spieth met with the media on the eve of the PGA Championship at Bethpage Black. He is now the 39th-ranked player in the world and 150th on this season’s FedEx Cup points list. He has played 14 times this season and has yet to crack the top 20. This from someone who had 10 finishes in the top three four years ago and 15 top-10s.

“If not for my past success, I don’t think I’d get as many questions about being in a little bit of a slump,” Spieth said. “I think people would look at me and say, ‘He’s coming along nicely.’ But because of the success I’ve had, people don’t look at it that way.”

Spieth paused and added: “If not for that [his success] I wouldn’t be in here right now.”

Spieth is like most players whose game isn’t where he wants it to be. He insists—has to insist in order to sleep at night—that he’s close to finding his game. At one point when someone asked him about the “little bit of a slump,”—the phrase that he’s used to describing his play of late—he said, “was in a slump.”

He pointed out, correctly that he’s had some very good rounds recently but hasn’t been able to string four good ones together. Last week, at the Byron Nelson, he shot 68-67-67 and was tied for 12th going into the final round before an even-par 71—on a soft, easy golf course—knocked him back to a tie for 29th.

“I decided to try something on Sunday, and it was a mistake,” he said. “I wanted to try to bring a big drawback into play off the tee, and I hooked a couple out of play because of that. Just a dumb decision, cost me a few shots.”

He made that comment just a few minutes after saying he felt he and his teacher Cameron McCormick had finally found a move they were both comfortable with and that he was no longer searching for a correct answer to the problems he’s been having driving the golf ball.

Clearly, it’s not easy being Jordan Spieth right now. He understands all the questions being fired at him all of which boil down to two simple words: “What’s wrong?”

Clearly, if he knew the answer, he wouldn’t be playing the way he’s played. His last win was at the 2017 Open Championship and the last time he had a real chance to win was the 2018 Masters, when he shot 64 on Sunday and came up two shots short of Patrick Reed.

Most players not named Tiger Woods or Rory McIlroy or Dustin Johnson or Brooks Koepka (nowadays) can endure a slump in relative privacy. Spieth’s on that list of being visible when he wishes he could be invisible. He’s been too much of a phenomenon since he first burst onto the tour in 2013 by winning the John Deere Classic at age 19, to have the chance to work out the issues in his game quietly. Which is why he almost has to insist that he can see the light at the end of the tunnel and know it’s not a train.

He was asked during his press conference what was the best thing that had happened to him on a golf course this year. “A lot of great things have happened this year,” he said. “How do I nail down one? I’m not sure.” He paused, thinking. “I don’t know if I can single one out right now. I’ve had a couple of hole-out wedges, which are always fun.” 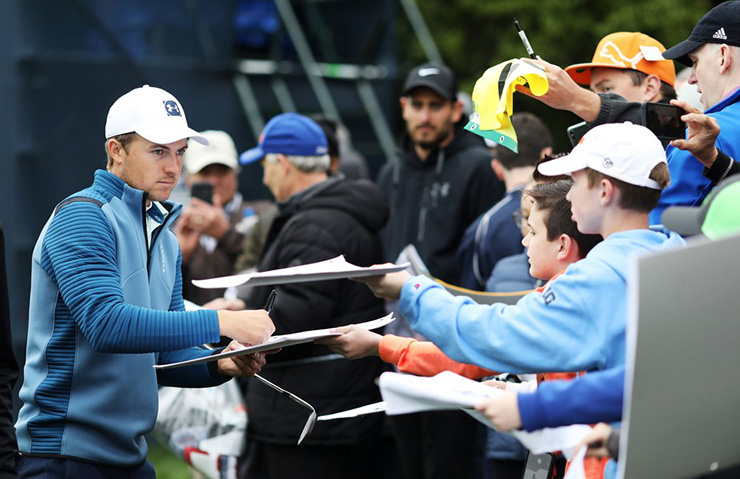 Spieth signs autographs for fans at Bethpage during a practice round ahead of the PGA Championship. (Christian Petersen/Getty Images)

He went on to describe one in San Diego in detail. But that was it—a couple of hole-out wedges. This from someone who a few years back would have had to choose between winning the Masters or the U.S. Open as a top highlight. And, not too far behind would be winning the Tour Championship; being ranked No. 1 in the world and running away with the FedEx Cup.

In 2015, even with the tour’s silly points system that doesn’t give nearly enough weight to the majors, he finished with 3,800 points. This year he has 176 points to date.

It seems hard to fathom that Spieth is not going to figure things out sooner or later. He’s too talented and too bright and too driven not to. It’s almost a certainty that these struggles caught him by surprise. It all seemed to easy when he first came on tour, as it did in college at Texas or as teenager winning every big national junior tournament or award.

Talking about the Masters on Tuesday, he mentioned that there were probably fewer players who could win at Augusta because, “it gets so blown up that so many people have a hard time in their first time, second time, third time of just getting over the fact that you’re playing in the Masters and actually being able to not overthink the place and pick it apart the right way.”

That was then this is now.

He says he’s convinced that he’s figured out the problem, that the “little bit of a slump,” is now behind him.

On his way out of the press conference, I asked him if he’d had that moment that great athletes have when they know they’ve turned a corner after struggling for a while and know they’re on the path again to success.

Was it on the golf course; the practice tee?

“Practice tee,” he said. “I realized I didn’t need to be searching anymore. I found a comfortable place again It wasn’t that long ago.”

He smiled at the thought and turned to go. He didn’t need to run, but he still had work to do. Lots of it.