PGA Championship 2017: A shocking number of fans have no idea Jordan Spieth is going for the Grand Slam 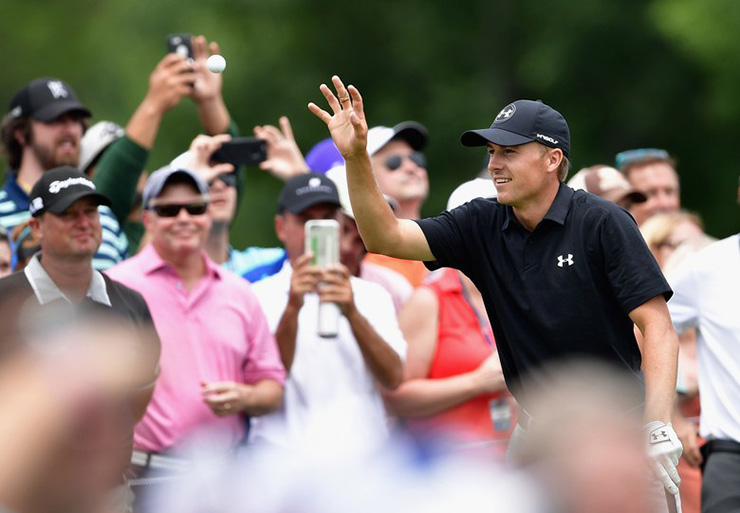 Golf galleries are regarded as some of the most knowledgeable, educated fanbases in sports. After interacting with them at Quail Hollow, I’m not so sure anymore.

I went out to the driving range on Wednesday to get a feel of who the crowd would be pulling for this week: Jordan Spieth or Rory McIlroy. Yes, that’s a batty, local-weatherman-at-the-bake-sale pitch, but against the suffocating late-afternoon Carolina humidity, it made sense at the time.

However, in talking with a dozen visitors, a different narrative became quickly apparent: When asked if Spieth’s Grand Slam pursuit had any effect on their rooting interest, most had no idea the Texan was chasing history.

“When did he win the U.S. Open?” replied an older gentlemen. When informed it was two years ago, he combatively countered, “No, that was Dustin.” Whether he was referring to last year’s Oakmont triumph or merely turned off the channel before DJ’s eagle attempt at Chambers Bay, I do not know.

A trio of frat boys likewise were unaware of Spieth’s quest, or maybe knew but temporarily forgot in their, ahem, well-saturated state.

“He’s going for the Grand Slam? No way!” exclaimed one who looked eerily similar to James Franco. Actually, Franco is a method actor; perhaps he was preparing for a role? 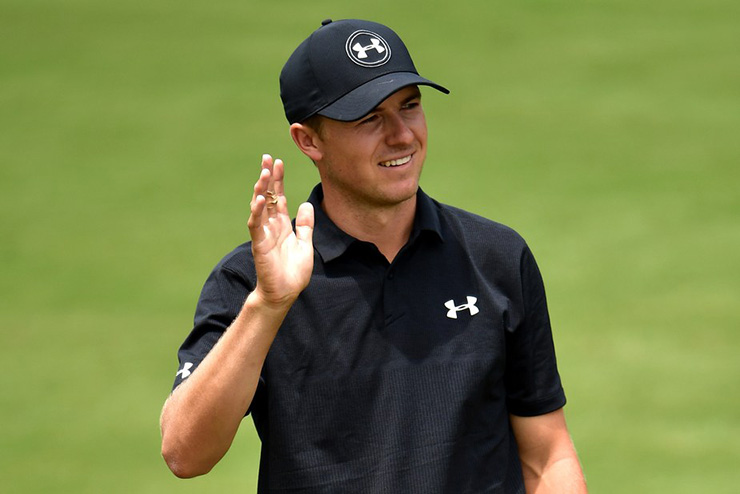 The biggest shock came from a mid-30s woman, who claimed she’s been to every major since 2010. “Don’t forget he still needs to win the Players,” she remarked. Looks like the tour’s “fifth major” insistence has paid off.

And when two teenagers, both who were screaming for Spieth’s autograph when he made his way to the putting green, had never heard of the Grand Slam, I lost all faith in our collective future.

For I did a similar piece last summer at Oakmont, asking fans who were following Danny Willett — then the reigning Masters champ — who had won the Masters. Their ignorance was somewhat understandable; Willett was mostly an unknown entity in the States. But Spieth is the face of the game, its present and future. If this historic drive was flying over fans’ heads, what hope does the sport have?

Of course, not all were in the dark.

“Is that a serious question?” a very, VERY serious father asked me as his toddler ostensibly shook his head at me. “Come on, guy,” replied a mid-20s man in a suit. “Don’t ask stupid ****.” Suddenly, I longed for my inebriated frat brothers.

But I ended on a high note, talking to one fan who believed Spieth had already achieved the feat.

“He already don’it, lad,” a Scottish gent said, putting his hand on my shoulder. This rolled off the tongue with so much conviction that, momentarily, I thought he was being prophetic.

Hell, the way Spieth’s played of late, maybe he was. Capturing the slam at 24 years old would be one of the sport’s finest hours. Even if those outside the ropes have no idea it’s happening.