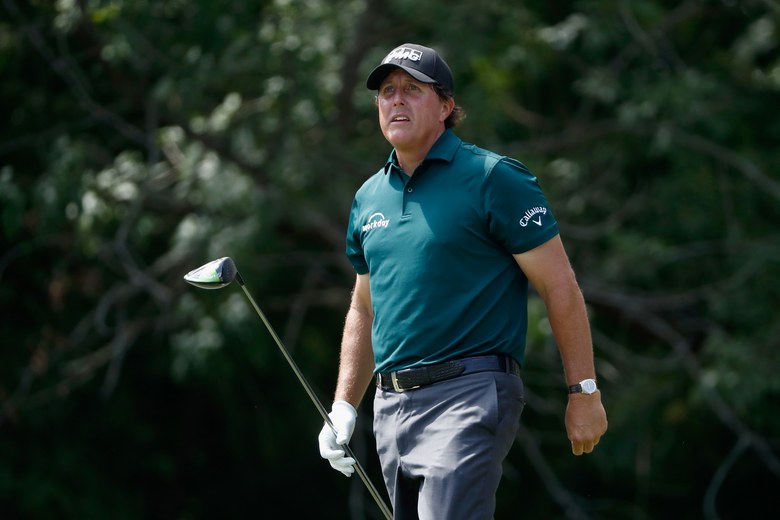 By Stephen Hennessey
We’re not used to seeing birdieless rounds from Phil The Thrill. His opening-round 79 at Quail Hollow on Thursday made it two consecutive majors in which Phil Mickelson failed to record a birdie in one of his rounds, following up a three-over 74 at The Open last month.

The Thursday round—his worst-ever in a PGA Championship—completes a forgettable major season for the 47-year-old, barring an ultra special second round. This would mark the first year since 2007 that Phil hasn’t had a top 10 in a major, which was also the last year Phil missed two straight cuts in a major.

Of course, Phil skipped the U.S. Open at Erin Hills this year to attend his daughter’s high-school graduation, so this would be three straight weekends at a major with no Phil.

And the five-time major champion didn’t look happy after finishing his round — heading straight to the car without stopping to the media, which he almost always does.

Phil Mickelson was quick getting to his car after that round of 79 — his worst ever at the PGA Championship.

Phil’s really solid record at Quail Hollow makes his Thursday performance even more surprising — as Phil has made the cut in 14 consecutive seasons playing at the Charlotte layout.

That record, too, might be in danger without a strong Friday.

RELATED: Phil Mickelson and Ernie Els give very different answers about what their careers would be like without Tiger Woods