PGA Championship 2017: Not even Mother Nature could contain Jason Day on Friday 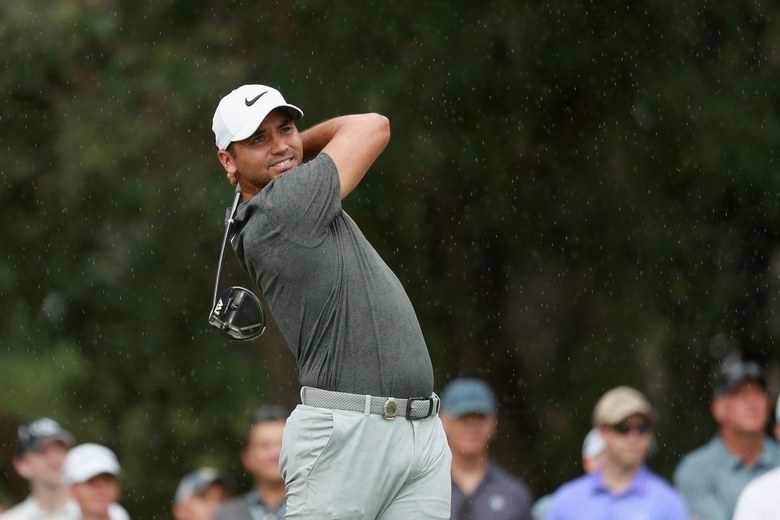 By Joel Beall
“It annoys and motivates me at the same time, to be honest,” Jason Day said this week, referencing his fall from golf’s premier spot. “Because I know how good I can be, because I have got to No. 1 in the world.”

You’re forgiven if you forgot how good Day can be. The 29-year-old’s campaign has been hampered with injuries, his attention rightfully grabbed by his mother’s battle with cancer. As a corollary, the man who won eight times the previous two years is shockingly ranked outside the FedEx Cup top 50 as the tour’s postseason nears.

Coupled with the sterling play of counterparts Jordan Spieth, Dustin Johnson and Hideki Matsuyama—along with breakouts from the likes of Justin Thomas and Jon Rahm—Day entered Quail Hollow as somewhat of a non-entity. Unthinkable really, given Day finished runner-up at last season’s PGA Championship and won it the year before.

Though his name wasn’t mentioned in the wrap-ups after Round 1, Day was quietly in the mix with a 70 on Thursday. But you better believe the Aussie grabbed his share of eyeballs on Friday.

Through six holes, it didn’t appear anything special was brewing, as Day was one over on his round. His fortunes changed on the par-5 seventh, nearly jarring his approach from 186 yards.

“I think it was just leading up to that shot to No. 7, the tee shot was just—that put it over for me,” Day said. “Like I think I hit a 325- or 330-yard drive in the air over that bunker, and being able to hit 8-iron into that hole location, which is a very tough location to get at, I think I had all the confident in the world from that drive.” 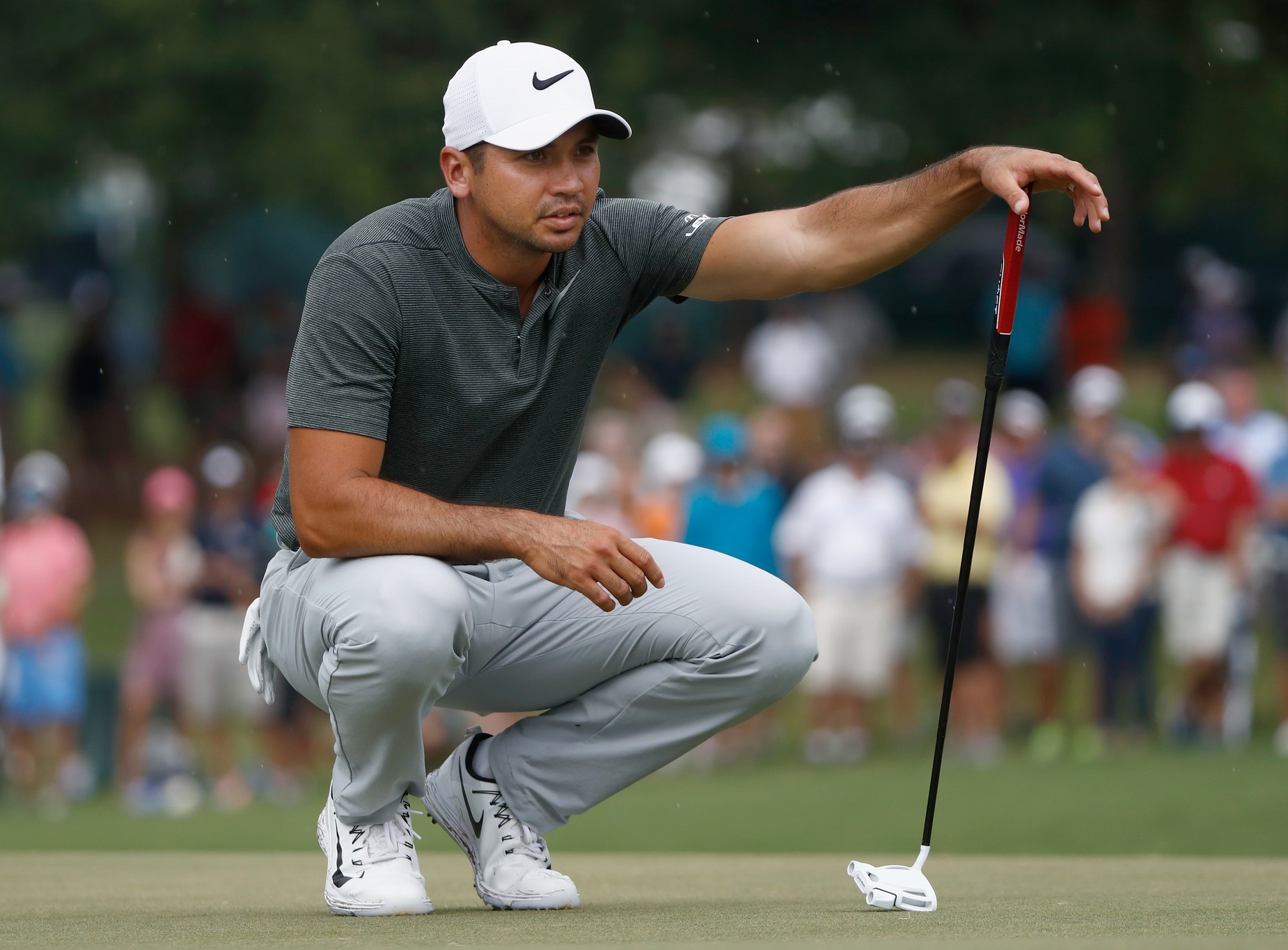 The eagle galvanised Day, who proceeded to put his drive just short of the eighth green, getting up-and-down for birdie. He followed that up with another missile on the ninth, hitting his second shot to 18 feet. Displaying the deft touch that fueled his epic late-summer run in 2015, Day sank the birdie to make the turn in 32.

A wayward drive on the par-5 10th forced him to lay-up, and a wedge punch from 60 yards left Day a shaky nine-footer. But there was little doubt on the ball’s final destination, finding the bottom of the cup to go five under in his previous four holes. Jason Day was back.

And then the horns blew, as storms brought Friday’s play—as ostensibly Day’s fiery run—to a halt.

For better and worse, Day is a rhythm player. His, ahem, “deliberate” play gets on the nerves of some, but there’s a strict cadence that must be obeyed, time constraints be damned. A tempo that can be thrown to the curb when a delay hits, no matter the length.

So it’s no surprise that, when returning to the course 90 minutes later, Day pulled his drive into the pine straw on the 11th. He walked away with a bogey, and it appeared the rain might have doused his flames.

But Day squashed any doubts that the train was coming off the tracks with a par on the suffocating 12th, and erased a poor tee tee on the par-3 13th by dropping a 46-foot bomb for bird.

“Putting is huge for me,” Day said. “It gives me a lot of confidence. If I’m putting well, I feel I can get into my where and get up-and-down from anywhere and it not affect me.” A feeling, Day remarked, that has been absent this season.

He carded another bird, his fourth in six holes, at the drivable 14th. Not even Mother Nature could hold the man down. 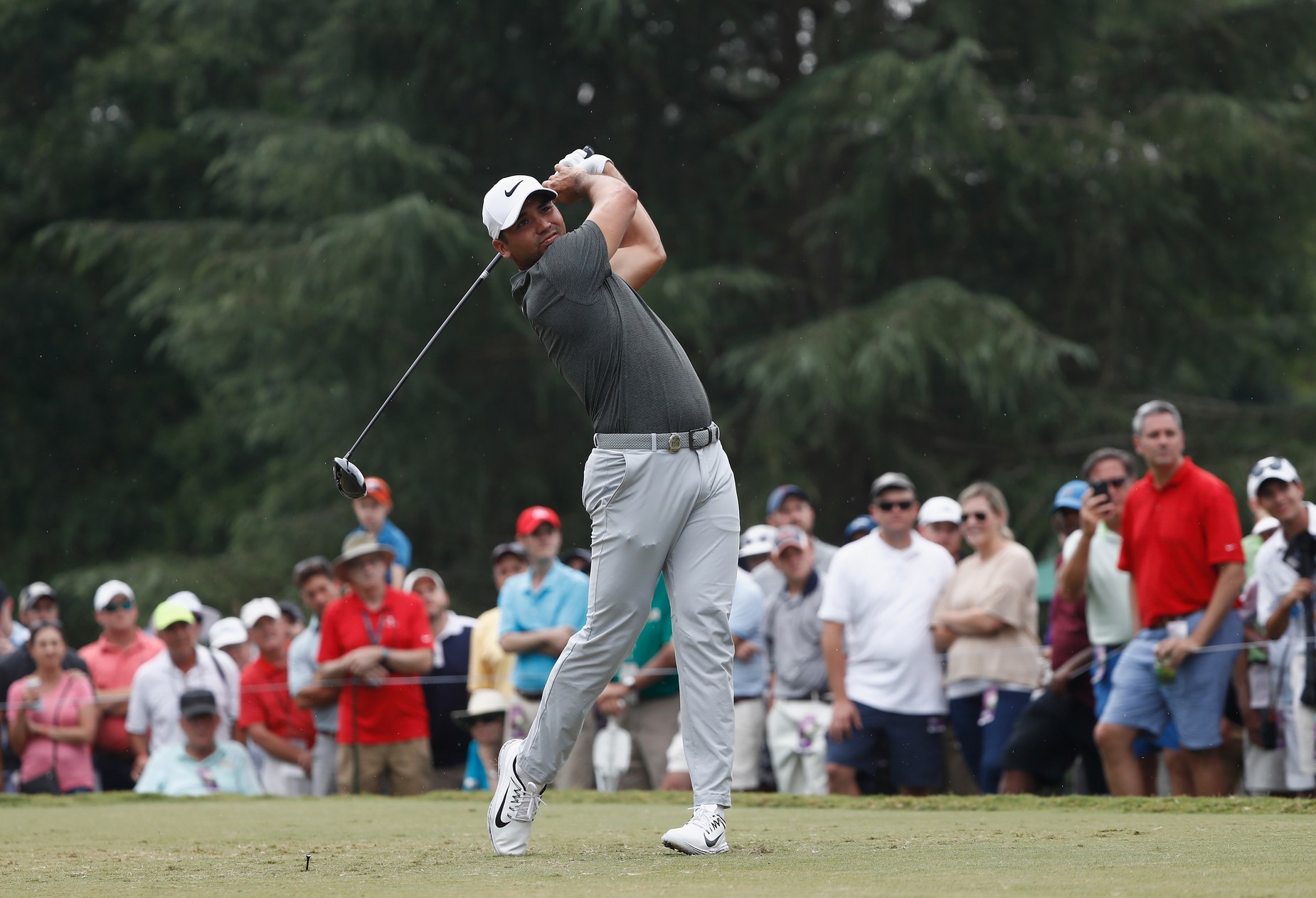 Perhaps most impressive was Day’s finish. The Green Mile is a bear in most conditions; navigating it while chasing fleeting daylight is another animal. (Insert your Day slow-play gripe here.) Despite this hurry, Day posted three pars, turning in his best prime-time display—a five-under 66—since last year’s final round at Baltusrol.

“I’m pretty happy with, you know, where my mind-set was at,” Day said. “Instead of worrying about where it’s going or how I’m putting, or is my swing good, I was actually just focusing on what to score; I need to get better and better and better, and I was happy about that.”

Day will start Saturday two shots back of the leaders. As a few media members mentioned, it’s been awhile since he’s been in weekend contention. A sentiment that doesn’t bother Day in the slightest.

“Going back on the previous experiences that I’ve had in the PGA, obviously different venues. I know that I can do it. But I’ve just got to focus on just trying to control what I can do out there, which is obviously one shot at a time, which, very cliché. But at the end of the day, that’s a 100 percent true when it comes down to being in contention.”

There are still 36 holes to go and red-hot rivals in Matsuyama and Kevin Kisner to displace. In that same breath, they know a former No. 1 is on the tails. They know how good Jason Day can be.