PGA Championship 2017: Why Justin Thomas’ girlfriend almost wasn’t there for his big win 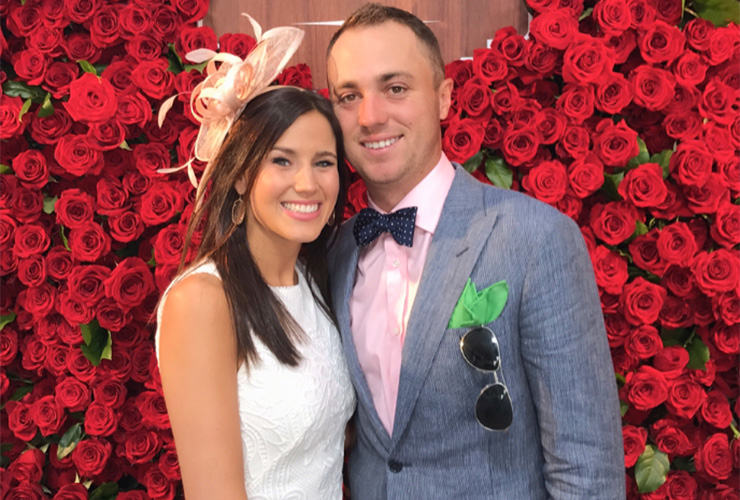 By Alex Myers
TV cameras picked up Justin Thomas’ girlfriend, Jillian Wisniewski, getting a big victory kiss behind the 18th green on Sunday evening at Quail Hollow. But she almost wasn’t there to witness the biggest win of her boyfriend’s career.

Wisniewski was supposed to be on a plane when play wrapped up at the 99th PGA Championship, but Thomas, who trailed Kevin Kisner by two shots after 54 holes felt pretty good about his chances entering the final round. In fact, JT was so confident he was going to win that he had Jillian change her flight.

“I had just the most comforting, easygoing — I truly felt like I was going to win. I remember my girlfriend was supposed to fly out at about 7:00 and I was like, ‘You need to change your flight to later, because I don’t know, I just feel like I don’t want you to miss this. I feel like I’m going to get it done,'” Thomas said. “She knows the first — she’s the first person to tell you that I don’t want to talk about golf when I get in that situation. So I don’t know, I just was very confident.”

Like just about everything Thomas did on the golf course on Sunday, the decision worked out. And as with the case when any golfer wins a first major, the world was introduced to his significant other.

Hope everybody had a great weekend and Valentine’s Day! But a special happy belated bday and V Day to this one @jilliangrace3

But before their embrace seen ’round the world (Sorry to all the ladies out there who thought the 24-year-old was single), the couple has already had quite the past year together. They hung out over July Fourth:

Holidays are better with some arm candy like this ???

They attended the Kentucky Derby together:

Can’t beat Derby weekend! What a weekend with this squad

And it seems like Jillian made it clear she felt JT’s playoff mustache shouldn’t extend into this season:

She loves the playoff stache… Ok maybe not ??

Thank you, Jillian. And we have a hunch we’ll be seeing more of you behind 18th greens down the road.