PGA Championship 2017: Five holes outside the “Green Mile” that will deliver drama at Quail Hollow 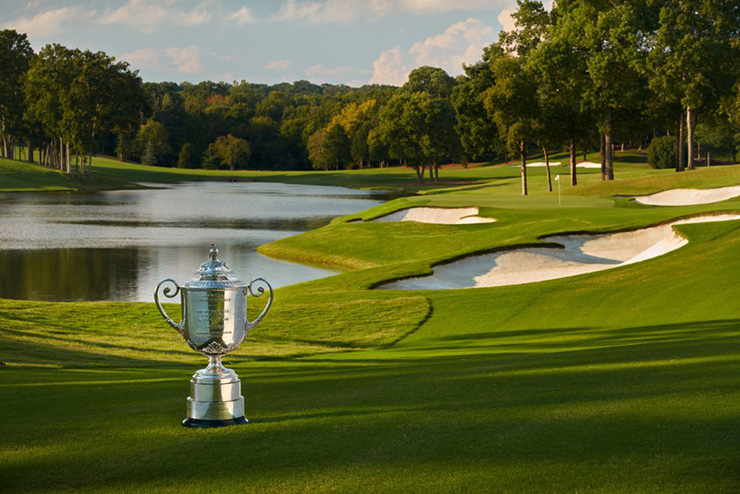 When conjuring images of Quail Hollow, the vaunted “Green Mile” comes to mind. And with good reason: the club’s closing three holes are a nightmare, one of the statistically-toughest stretches in golf. Jordan Spieth referred to it as a site for “triumph and disaster” during this week’s PGA Championship.

However, while the Green Mile packs a mean punch, Quail Hollow’s other 15 holes boast plenty of fireworks in their own right. A perspective especially true following the course’s drastic overhaul for the Wanamaker proceedings. Here are five holes outside the Green Mile that will deliver drama during the 2017 PGA Championship. One of Quail Hollow’s biggest transformations was essentially combining the first two holes — a 418-yard par 4 and a 178-yard par 3 — into a protracted, left-to-right winding par 4 measuring over 500 yards. With an elevated landing zone, the final 200 hards or so are downhill to a green protected by bunkers. Conversely, because of the wet conditions, a host of guys couldn’t reach the green in two during practice rounds, leading some of the players and caddies to grumble it should be a par 5. A high number is definitely in the cards and could put players in a funk, submarining their round before it starts. 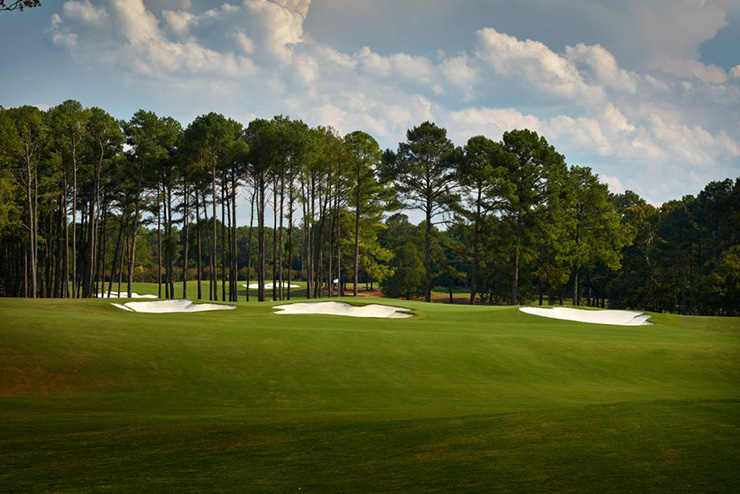 Land that was part of the original par-5 fifth, this is perhaps the most controversial redesign of the bunch. The green is fronted by three bunkers, with multiple mounds and undulations emanating from the center of the green. During practice rounds, players focused on shots off the green, and, to a man, the results were less than stellar. Depending on the pin position, this hole could wreak havoc and correlate to a handful of post-round complaints. 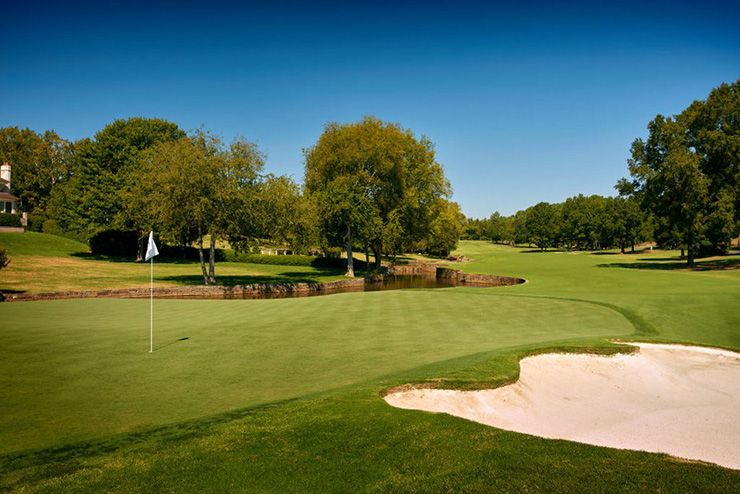 A relatively short par 5 with a raised tee, most of the field will have an iron into the green for their second shot. The seventh ranked as one of the easiest holes at the 2016 Wells Fargo Championship, the field compiling 191 birdies or better against 70 bogeys or worse. Nevertheless, with water guarding the entire right side, this is far from a gimme. Don’t be surprised if a multi-shot swing happens here over the weekend. 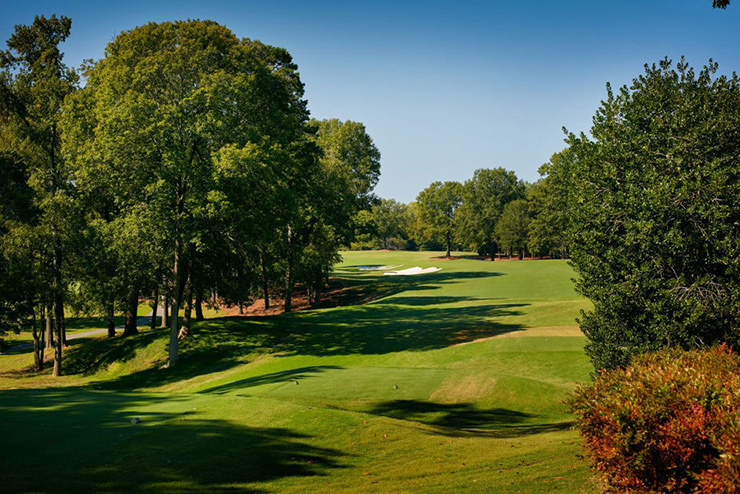 On the bright side, two huge oaks that guarded the left-bending dogleg have been taken out. The bad news? Two gigantic bunkers are in their place, penalizing those who get greedy in cutting the corner. The 11th is almost 40 yards longer than it was for last year’s Wells Fargo, and the new elevated green does not make the approach any easier: a shockingly-high number of players have miscalculated the distance during practice, leaving their shots well short. Par will be players’ friends on this long piece of nectar. Officials alluded that during one round, if not more, the tee box will be in a position that will tempt players into giving the green a go. But the hole is hugged by water on the left for any drive not accurately struck, and six bunkers don’t make the lay-up any easier. With an eagle to a double readily in play, the 14th should be one of the most exciting holes during tournament play.

The scene wasn’t just set—it was straight out of a painting.