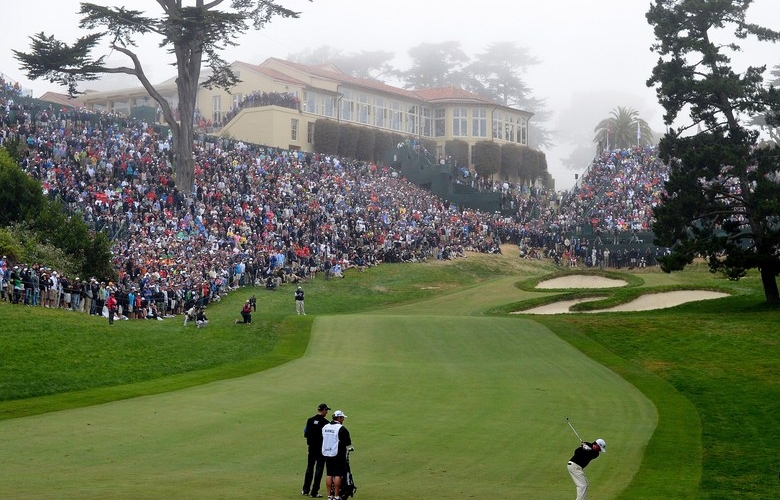 Harry How
Graeme McDowell of Northern Ireland hits his approach shot on the 18th hole during the final round of the 112th U.S. Open at The Olympic Club.

By Ryan Herrington
The payoff is more than a decade away, but that didn’t dampen the excitement of PGA of America executives as they made official on Wednesday what had leaked out last week. The Olympic Club in San Francisco, a five-time venue for the U.S. Open, will host its first PGA Championship in 2028 and then be the site for the 2032 Ryder Cup.

“This is a special moment for our association,” said PGA of America president Paul Levy. “We’re excited to showcase The Olympic Club and its Lake Course, and combine them with many tastes, sights and sounds that make San Francisco and the Bay Area so distinct.”

Having its annual championship in California, affording a ratings-loving primetime finish on the East Coast, likely provides a financial boon for the PGA of America, which will have a similar set up when the 2020 PGA is played a mile away from Olympic Club at TPC Harding Park. However, the Ryder Cup hasn’t been played on the West Coast since Thunderbird Country Club held it in Rancho Mirage, Calif., in 1953. The anticipation of a primetime finish in golf’s most historic team event is something that will make the 15-year wait a little easier to handle.

Justin Rose almost forgot to pack the most important part of his U.S. Open wardrobe

In the next 10 days, two GINORMOUS things are happening in the world of sports.