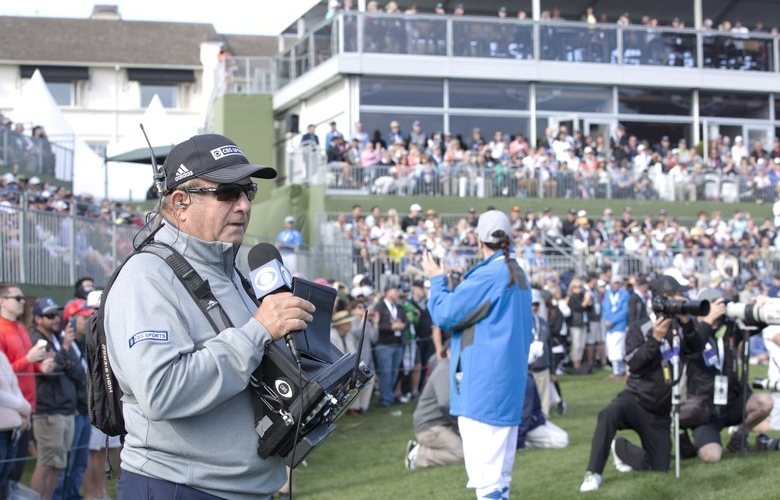 By Alex Myers
Former CBS Golf analyst Peter Kostis took aim at his old employer, the PGA Tour and Patrick Reed in a provocative interview on this week’s No Laying Up Podcast.

Kostis was critical of how CBS dropped him at the end of 2019 from its golf coverage after three decades, but also of the PGA Tour’s increasing control over tournament broadcasts. While Kostis naturally has an ax to grind with his ex-employer, his comments were particularly pointed. We encourage you to listen to his entire talk with No Laying Up’s Chris Solomon, but here are some highlights:

On CBS going in a new direction:
Kostis describes being informed by CBS that his contract would not be renewed.

“I don’t think there was a plan in place,” Kostis said. “I honestly think, and this is my opinion and it’s been corroborated by anonymous inside sources that media likes to use these days, that it was the tour that told CBS to get younger. I think the tour had an issue with me not being a cheerleader.”

On being pressured into promoting PGA Tour initiatives:
Kostis described the PGA Tour voicing its displeasure with Kostis asking a first-time tour winner how it felt to earn an invite to the Masters.

“That was roughly my question. And then, I got a phone call the next day from New York. They had gotten a call from the commissioner, and the commissioner was upset I didn’t say, first off, that he had won 500 FedEx Cup points. And he didn’t want me talking about majors.”

Kostis says he didn’t listen to the directive, and he was eventually replaced as the person interviewing the winner on Sundays.

When reached by Golf Digest, officials with CBS and the PGA Tour declined to comment about the Kostis’ interview.

Three days after CBS announced it was not renewing the contracts of Kostis or Gary McCord, the network announced it had hired Davis Love III as a new announcer, timing that would suggest there was a strategy being followed. A source familiar with the relationship between the Tour and its broadcast partners disputed that the Tour requested any of the changes to the CBS broadcast lineup.

CBS is reportedly close to signing a nine-year extension of its broadcast contract with the tour of the current contract that ends in 2020.

Later in the interview, Kostis was asked about Reed and whether the incident that took place with him at the Hero World Challenge surprised the former announcer.

“I’ve seen Patrick Reed improve his lie, up close and personal, four times now,” Kostis said. “It’s the only time I ever shut [Gary] McCord up. He didn’t know what to say when I said, ‘Well, the lie I saw originally wouldn’t have allowed for this shot.’ Because he put four or five clubs behind the ball, you know, kind of faking whether he was going to hit this shot or hit that shot and by the time he was done, he hit a freaking 3-wood out of there, which when I saw, it was a sand wedge layup originally.”

Kostis gives other examples regarding Reed, but again, you should listen to the entire interview. As Kostis notes, he may not work for CBS anymore, but whether it’s through his Twitter feed or interviews like this, he’s certainly not retired from being one of the game’s loudest voices.

Peter Kostis is here to discuss his departure from CBS, golf on TV, what needs to change, other Patrick Reed incidents he’s seen (!), and so much more.

He does not hold back. Go now.