Pete Cowen, who oversees a number of golf academies in Dubai, believes he’s stricken with coronavirus 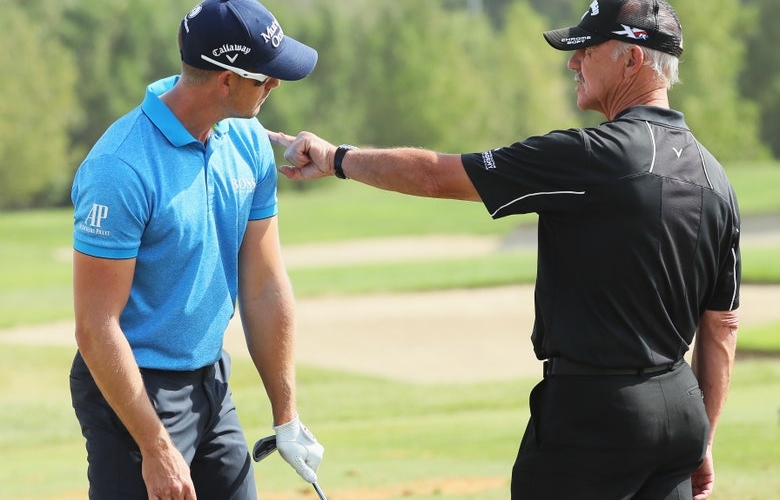 By Brian Wacker
Pete Cowen, the golf coach who counts Brooks Koepka, Gary Woodland, Henrik Stenson and Graeme McDowell among his pupils and has a number of academies in Dubai, believes that he has contracted the coronavirus after falling ill last week and being told by medics that he has all the symptoms of COVID-19.

In a text message to Golf Digest on Monday, Cowen, who was at the Players Championship working alongside his stable of players 11 days ago, when the tournament was called off after the opening round because of the growing pandemic, said he believes he picked up the coronavirus on his flight home to England that night.

The Daily Telegraph first reported the news on Sunday evening.

“I feel like I’m fighting a tank with a pea shooter,” the 69-year-old told Golf Digest. “I still feel like s**t even after seven days of isolation.”

After arriving home in Yorkshire and a few days of self-isolating, Cowen said that he began to feel the effects last Monday, so he and his wife called for an ambulance. Upon its arrival, Cowen said he was told that he showed all the signs of having the virus.

“Low oxygen blood levels, high temperature, hot and cold shivers, racing heart rate, shortage of breath, continuous deep cough,” Cowen said via text. “They said I had all the symptoms but there’s nothing they could do about it other than give me [pain and fever medication] and fluids.”

Cowen has not been tested for the virus.

“They’re more interested if you recover,” he said, “then they do all the tests to see if you’ve developed antibodies so then they can start thinking about how to fight it.”

Meanwhile, Woodland told Golfweek on Sunday that he has spoken with Cowen within the last few days, but that he and his wife and their three kids feel well and haven’t shown any symptoms.