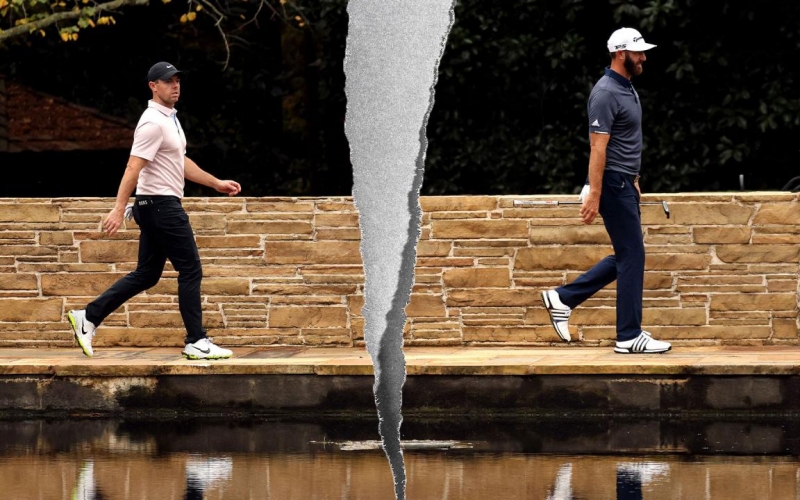 By Shane Ryan
Let’s start with a question: Can you name the current men’s world heavyweight boxing champion?

The best answer I could muster was Wladimir Klitschko, a man who retired from the sport five years ago. Turns out, there are several correct answers. The WBA recognizes Oleksandr Usyk as a “super champion” and Trevor Bryan as a “regular champion.” The WBC lists Tyson Fury, with Dillian Whyte as “interim champion.” The IBF and WBO recognise Usyk. And Ring Magazine goes for Fury. Usyk and Fury are both undefeated, but depending on the satisfaction of various clauses, delays caused by mandatory defences and the outcome of difficult negotiations, they may never even fight (and if it does happen, it may happen long after everyone stopped caring). More recently, Floyd Mayweather Jr. and Manny Pacquiao were the two best boxers on the planet for many years, and due to the split divisions in boxing and disagreements between the two camps, they never fought until it was about seven years too late, and Pacquiao’s star had already faded.

Hard as it is to believe now, boxing was once one of the two or three most popular sports in America, and it would have been unheard of for a sports fan not to know the champion’s name. The reasons for its decline are manifold, but it has remained in the shadows while mixed martial arts threatens to soar past because of the fact that it’s so impossibly difficult to get the world’s best boxers to actually box. Too many competing divisions and competing financial interests present massive roadblocks that make it harder than ever for fans to get what they want.

The truth is that a schism in any major sport is a nightmarish scenario for that sport’s popularity. In the 1970s and 1980s, CART Indy-Car racing was the most popular form of auto racing in the U.S. Then it had its own major schism in 1996 due to various disagreements, and years went by with the best open-wheel drivers in the country (and world) not competing against each other, including at the sport’s biggest race, the Indianapolis 500. Corporate sponsors dropped en masse, and NASCAR soared ahead. There was a reunification in 2008, but NASCAR remains thoroughly dominant—once a schism happens, it’s hard to recover. Today, if you’re not a diehard car-racing fan, open-wheel racing in America only becomes national news at the Indy 500, and just as we started with a question about boxing, ask yourself this: How many of the last five winners of that race can you name?

You see where this is going. We’re still too early to know what schisms will develop in professional golf, but we’ve just come off a truly dismal week in which the still-under-development Saudi-backed “Super Golf League” was reported to have offered exorbitant sums to players like Ian Poulter, Bryson DeChambeau and Dustin Johnson to potentially leave the PGA Tour and join them. Meanwhile, Phil Mickelson continues to lob verbal grenades at the PGA Tour in what looks very much like a PR strafing campaign designed to lay the groundwork for an eventual move. We’re starting to feel the tremors of a schism, and it’s getting worse all the time.

As it becomes increasingly possible that something will happen, the larger debate tends to centre around a few hot-button issues, such as whether it’s a moral failing for players to support an endeavour sponsored by the Saudi Arabian government, or whether the PGA Tour should indeed be allocating more of its revenue to tournament purses. In the end, the moral implications don’t appear as if they will be heavy enough to keep players from pursuing huge paychecks, and while it’s certainly important to discuss that element of this situation, expecting zero defections from a group of mostly politically conservative athletes purely because of political concerns is naive. If the current governing bodies of golf manage to hold off even a partial exodus, it will likely be due to a combination of financial concessions (see: Player Impact Program, or increased purses and FedEx Cup bonus payouts), veiled threats and the belief among players that a split generally will be bad for the sport.

On that last topic, it’s not much of a debate. Boxing and Indy-Car racing show what can happen when a sport is divided against itself. In fact, golf itself proves the theory in the opposite manner—the game is stronger than ever now because unlike at certain points in the recent past, we get to see the world’s best players, be they from the U.S., Europe, Asia and beyond, compete against each other on a regular basis, even outside the majors. We never have to wonder, for instance, how Ernie Els might have fared against Tiger Woods, or how Rory McIlroy would stack up against Brooks Koepka. But imagine a scenario in which 10 of the 20 best golfers in the world join the Super Golf League. Imagine then that a union of the PGA Tour, DP World Tour, Augusta National, the USGA, the R&A and the PGA of America limits—if no prohibits—them from playing in the majors, or undoubtedly the Players Championship and the BMW PGA Championship. What would happen to the prestige of those events? The answer is it would dive precipitously; there is far less value of winning a major championship when 10 of the best players in the world can’t compete, and fans understand that. 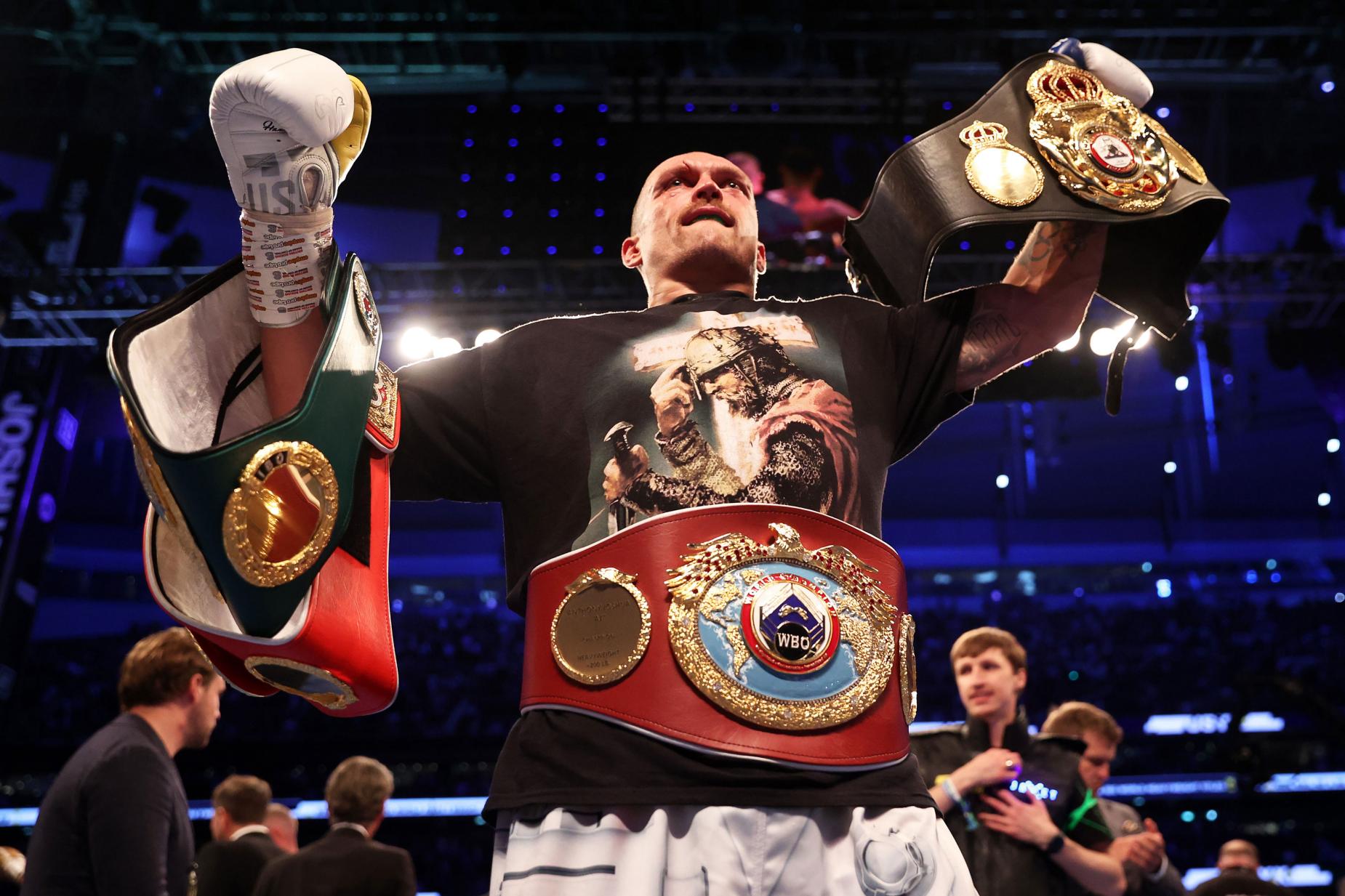 Julian Finney
How many sports fans know who this man is (Oleksandr Usyk)? Or that he’s one a handful of boxers who claim to be the reigning heavyweight champion?

Let’s say the SGL happens, but the players who jump can still play in the majors, given it would be in the majors best interest to let that happen. That would be much better for golf, and lessen the sting of a split, but there would still be the frustrating case where the best players in the world are playing against each other on a less frequently basis. Say what you will about the World Golf Championships, but they did bring together top players in a more consistent way than happened before their creation in the late 1990s. Same with the FedEx Cup.

And what then about the viability of the PGA Tour itself? In 2021, 124 players on the tour made $1 million or more in tournament prize money alone, and that number continues to grow each year. At a time when weekly fields are better than ever, what if 10 of the world’s best golfers weren’t competing on tour ever? It leads to a slew of extremely concerning hypotheticals: Would corporate sponsors be quite as eager to jump on board? What would happen to domestic ratings and attendance when American leader boards were less and less impressive all the time, and the other option was holding tournaments in the middle of the night thousands of miles away? When the PGA Tour’s current television deal expires in 2030, would the terms be anywhere near as favorable? Would the players who stuck around when the schism began, for whatever reason, be quite so keen to stay the course when their slice of the pie from tournament purses and endorsements decreases, while their peers are cashing in? (And of course all these same questions would also apply for the DP World Tour in Europe.)

Professional golf is thriving today, and recreational golf itself is experiencing a boom courtesy of the pandemic. On paper, the ingredients are ripe for continued growth. And yet, it’s very easy to underestimate how quickly an individual sport can lose status. Professional golf will never die, but like boxing and Indy-Car racing, it could vanish into the shadows of the American sports consciousness, losing money and status in a steady flow. And it could all happen faster than anyone expects, particularly when such a large portion of the audience consists of older viewers. Even in a time of unprecedented stability, nothing is ever quite as stable as it seems.

A divide introduces fragility. It inhibits the development of superstars, diminishes the status of top-tier events and costs money through decreased viewership and ad revenue. The situation in golf is particularly perilous, because unlike other failed schisms—see the USFL in football or the ABA in basketball—the backers behind the Super Golf League don’t seem particularly concerned with a return on investment, if their initial offers to players are any indication. This may be a classic example of “sports washing”—running a sports enterprise to improve the image of a government—and if the people behind are content to blow millions of dollars for whatever PR boost they think it gives them, then they may be just as content to hand out hundreds of millions of dollars with no return. In other words, it might not collapse when it should.

What happens then? Does golf become like F1 racing, with only a limited number of players able to compete at the highest levels? Does American domestic golf become a glorified minor league? Does money drain out of development systems and tours, such that the growth of the last few decades sputters into stagnancy, like American men’s tennis? We don’t know, exactly, but the point is that everything is on the table. History tells us that schisms in sports are disastrous, and while we can’t plot out what it would do to golf, it’s not hard to predict the general trajectory. Ask boxing or ask Indy-Car: These are dangerous times, and no sport is so strong that a schism can’t knock it out cold.