Patrick Reed’s caddie gets into altercation with fan, forced to sit out Sunday singles 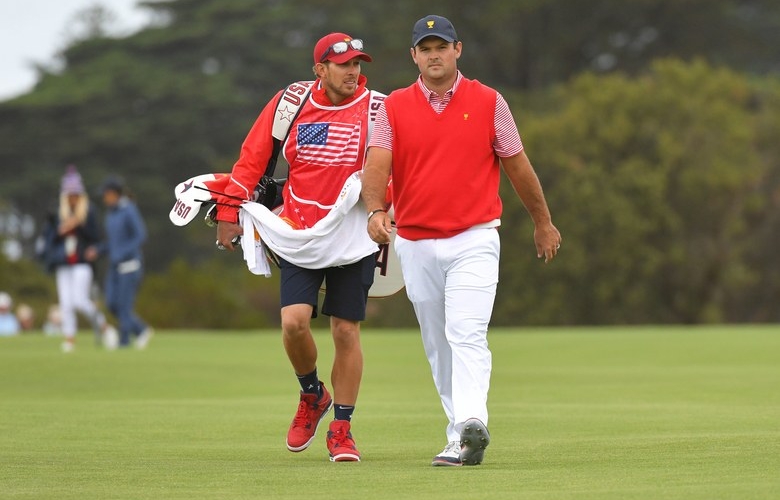 By Ryan Herrington
A difficult week in which partisan crowds have heckled U.S. Presidents Cup team member Patrick Reed in the wake of his rules violation at the Hero World Challenge became worse on Saturday at Royal Melbourne Golf Club.

After Reed, playing with partner Webb Simpson, lost his morning four-ball match, 5 and 3, dropping his record on the week to 0-3, Kessler Karain, Reed’s caddie and brother-in-law, got into an altercation with a fan.

Multiple outlets, including ESPN, reported that Karain shoved a fan after the fan lashed out at Reed. The reports are based on a statement that Karain provided the outlets.

“As a caddie one of your jobs is to protect your player. And unlike several other sports, in golf fans can get pretty close to Athletes,” Karain said as part of the statement. “We have been known for having fun with some good banter, but after hearing several fans in Australia for 3 days some had taken it too far, I had enough. And this gentleman was one of them. I got off the cart and shoved him, said a couple things, probably a few expletives. Security came and I got back in [the] cart and left. I don’t think there’s one caddy I know that could blame me.”

At the end of play on Saturday, the PGA Tour announced that Karain will not be working as Reed’s caddie during Sunday’s singles match. Kevin Kirk, Reed’s longtime swing coach, who has been at Royal Melbourne all week, will replace Karain on the bag when Reed plays C.T. Pan in the day’s third match. The tour said it had no further comment on the incident.

“I respect the tour’s decision,” Reed said in a release. “We are all focused on winning the Presidents Cup tomorrow.”

Exactly how fans would react to Reed had been a major question since the Americans arrived in Australia on Monday, after Reed’s two-stroke penalty at the Hero the previous weekend for moving sand in a waste bunker, which was deemed to have helped improve his line of play. International team members Marc Leishman and Cameron Smith stated that they thought it would be OK for fans to let Reed hear it about his rules violation.

“I don’t have any sympathy for anyone that cheats,” Smith said. “I hope the crowd absolutely gives it to not only him, but everyone (on the American team) next week.”

When Reed arrived on the first tee for Thursday morning’s opening four-ball matches, the jeers began, and Reed knew that he was going to be in for a long week.

For the most part, Reed remained calm in the face of the clamour. One of the few public acknowledgements of the matter came on Friday, during his foursomes match. On the 11th green, Reed was standing over a putt when he heard a jeer. He made the putt, but then responded by using his putter in a shovelling motion.

Patrick Reed having some fun with the crowd. #QuickHits pic.twitter.com/RFEz6kgaUQ

The distractions off the course have not helped Reed’s play on it. Partnered in the first three sessions with Simpson, the duo had been defeated all three times. Given the poor performance, U.S. captain Tiger Woods elected not to play Reed in Saturday afternoon’s foursomes matches.

Of course, Woods will need Reed to come to play on Sunday, the U.S. team trailing the Internationals, 10-8, entering the final session. It was already going to be a difficult task. Now it’s one made even more so by the strange events of Saturday.