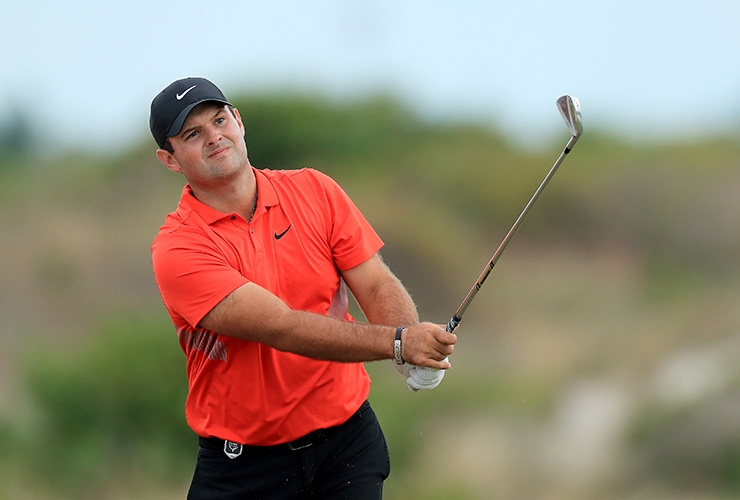 Patrick Reed of the United States plays his second shot on the 18th hole during the second round of the 2019 Hero World Challenge at Albany on December 05, 2019, in Nassau, Bahamas. (Photo by David Cannon/Getty Images)

By Christopher Powers
On Wednesday, two of Tiger Woods’ Presidents Cup captain’s picks, Patrick Reed and Gary Woodland made the tournament host look really good. On Thursday, another one of his captain’s picks, himself, made him look even better.

Woods shot a six-under 66 at the Albany Resort in the Bahamas, highlighted by a back-nine 31 that included an eagle at the par-5 11th. Yet he’s still six off the lead held by Reed, who shot a second straight 66 to reach 12 under through 36 holes. Woodland couldn’t quite keep pace, and fell well behind after consecutive bogeys at the 14th and 15th holes. But the reigning U.S. Open champ bounced back by making three straight birdies to close out his round, finishing with a three-under 69 to get to nine-under for the week.

Also shooting a six-under 66 was defending champion Jon Rahm, who has won in his last two starts on the European Tour. He’s at eight under, tied for third with Henrik Stenson, who shot a five-under 67.

Woods, who is six under for the tournament, is among a group tied for fifth that includes Rickie Fowler and Justin Thomas.