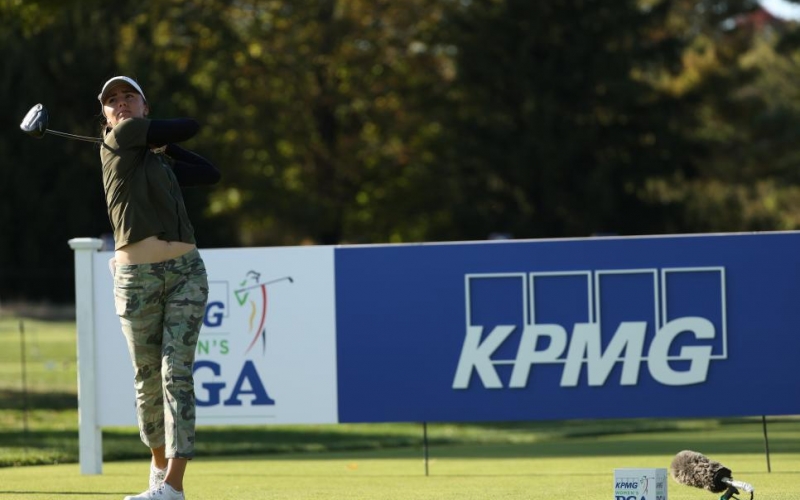 By Keely Levins
It’s rare to see a slow-play penalty on either the LPGA Tour or the PGA Tour, especially during a major. But after the 15th hole, Klara Spilkova was assessed a two-stroke penalty for not adhering to the pace of play policy at the KPMG Women’s PGA Championship.

The 25-year-old from Czechoslovakia, who played in the Olympics in 2016, finished the first two rounds at seven over with the penalty. Unfortunately for her, with three players ahead of her on the leader board yet to finish their rounds, the cut line is at six over. The two-stroke penalty has likely cost her a place in the major championship weekend.

The penalty comes two months after Stacy Lewis was critical of the pace of play at the Ladies Scottish Open, where she, Azahara Munoz and Jennifer Song took five hours, 16 minutes to finish their last round. At the time Lewis said, “I do think an effort needs to be made across the board to play faster, because obviously I wasn’t watching it on TV, but I’m sure it couldn’t have been fun to watch on TV.”

Though the costly penalty is certainly a tough one for Spilkova, issuing a penalty at a major suggests that pace of play is being taken seriously, possibly meaning faster rounds, as Lewis and others want.