Our biggest mistake with Sergio Garcia was expecting anything different 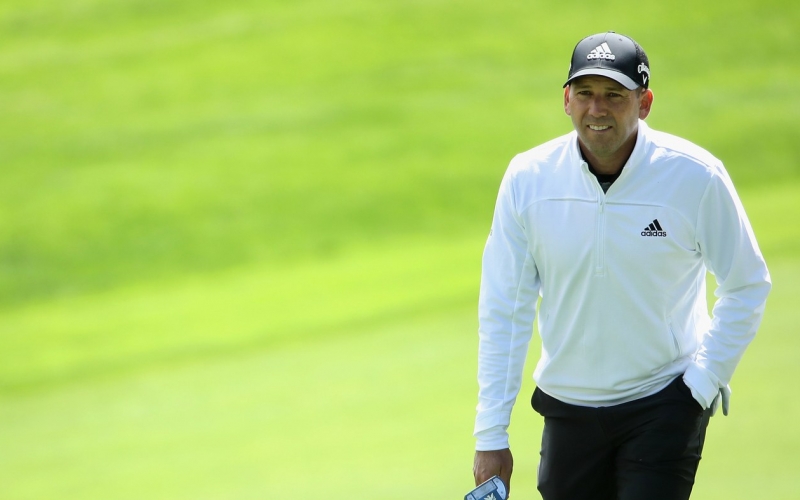 By Joel Beall
Schadenfreude is a German word, a compound of hurt and joy. It’s Spanish translation is “Sergio Garcia.”

That’s the rendering in 2019, as Garcia’s litany of temper tantrums—ones seemingly reserved for grade-schoolers—have been met with increased fascination, self-righteousness and finger-wagging. Yet, entertaining as Garcia’s faux pas may be (to some), the aggregate of incidents—the latest a club throw at his caddie at Royal Portrush and a tee-box excavation in Memphis—raises a question: What is up with this cat?

After all, wasn’t Garcia a changed man, finding maturity in family, salvation in Augusta? This season, the consensus says, has been a digression to a persona Sergio seemingly had buried.

Undeniably, there have been a number of missteps. But the only thing that’s fundamentally changed about Sergio—in this year, and all the years before it—is our perception, and tolerance, of him.

“If we like you enough, we will figure out a way to justify whatever you did,” says Neal Brennan in his stand-up special “3 Mics,” riffing on scandals in professional sports. Looking inward, it’s easy to see how those words ring true.

Golf’s popular figures—you know who they are—remain so despite transgressions inside the ropes and out. The most exalted personality in the game’s history, Arnold Palmer, was no choir boy. Some of the world’s best courses have an embarrassing past when it comes to discrimination of minorities, women and the poor; they endure as pilgrimages and bucket-list items.

These entities, it seems, have bottomless equity.

In the book Second That Emotion, author Jeremy Holden, an adjunct professor at the University of North Carolina’s School of Media & Journalism, contends this tolerance is built into a social contract between celebrity and fan.

“We are tricked by our subconscious into believing that we know that person intimately, whereas in fact our impression is being formed by remote snippets of information we’ve processed,” Holden says. “We complete our celebrity portrait by taking what I term ‘illogical leaps’ to create an overall opinion that comes to seem entirely true to us.”

For the better part of two decades, Garcia was in this crowd. When he tossed a shoe at an advertisement board at the 1999 World Match Play, then kicked it at a referee when it was thrown back, the then-19-year-old Garcia’s actions were attributed to teenage emotion. Spitting in a cup at Doral in 2007, or being a poor sport after losing an Open playoff to Padraig Harrington later that summer? Heat-of-the-moment slips. Battles with Nick Faldo, tomahawking a club into a lake, claiming Tiger Woods intentionally tried to distract him mid-swing? Hey, Sergio’s a fiery guy.

Even Garcia’s insensitive fried-chicken comments about Woods were quickly forgiven, excused as an international who misunderstood the racial context in this country. This despite Garcia playing in the States, at that point, for 15 years.

“Once these illogical opinions become fixed in our sub-conscious, it’s near impossible to shift them,” Holden says. “As a result, we refuse to be swayed from it whatever inconvenient facts arise to contradict it.”

And should these figures overcome whatever whispers exist, that further augments our feelings toward them.

Not surprisingly, Garcia’s past made for a richer narrative when he finally broke through at the 2017 Masters. Now in his late 30s, Garcia had learned from his mistakes, and his new off-the-course relationship had instilled a sense of equilibrium and peace that had been lacking. Although incidents later that summer, highlighted by a testy back-and-forth with the media at the PGA Championship, debunked that thought, it continued. After all, sports loves its storylines. What, are we merely to believe a golfer played well four straight days without some deeper meaning behind it? 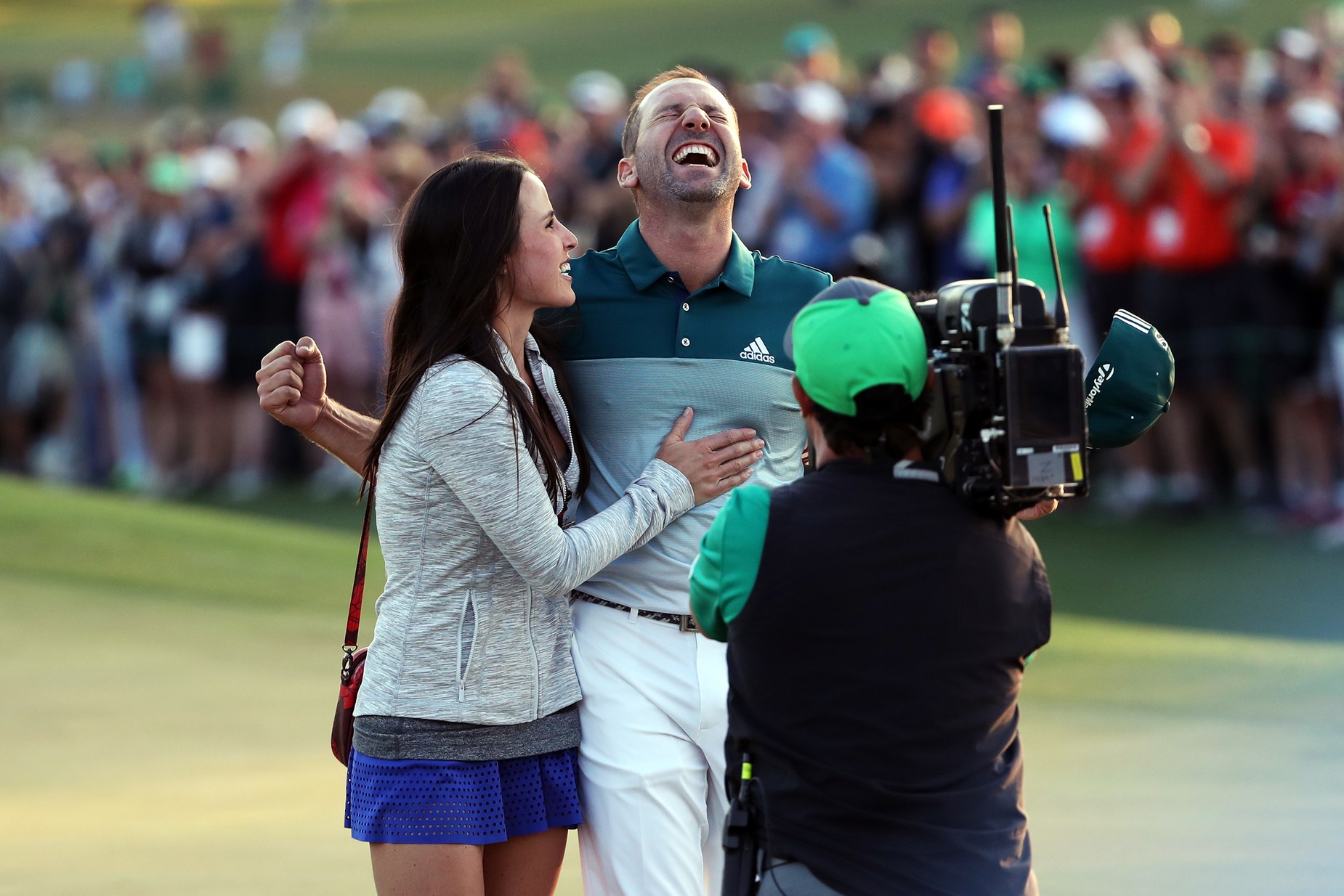 Ben Walton
Many believed Garcia’s Masters victory in 2017 would be a milestone in his maturation as a golfer.

Garcia’s win, according to Holden’s theory, should have made his standing unassailable. Two years later, however, that standing is crumbling.

“Sergio Garcia continues to be mired in controversy” read a Golfweek headline in April; “Latest Sergio outburst raises further questions about conduct” from Golf Magazine at the end of July. The Golf Channel said Garcia violated the “code of competition” in his dispute with Matt Kuchar at the WGC Match Play, with Forbes stating his tantrums were damaging his reputation.

The media isn’t the only estate taking aim. Brooks Koepka criticized Garcia when he told the Playing Through podcast, “It’s frustrating as a player to see, to act like that, to disrespect everybody.” The Daily Telegraph quoted an anonymous player who said, “We are starting to wonder what Sergio has to do to get a couple of involuntarily weeks off,” while four-time PGA Tour winner Bob Estes opined on Twitter that Garcia should be suspended for his continued misconduct.

Speaking of Twitter, a quick search of Sergio reveals the same sentiments—only a tad angrier and unequivocal—on social media.

To be fair, some have held Garcia’s actions as inappropriate for years. Still, the antipathy had not previously appeared as strong or prevalent. Why have fans, media and players taken his blunders more personally than before?

From childhood psychiatry to criminal institutions, the correlation between age and irresponsible behavior, and the corresponding forgiveness granted the behavior, is a contentious debate. Though western judicial systems have generally become less permissive and lenient toward youth in the past 30 years, there remains a high threshold for thoughtless and erratic actions stemming from immaturity, according to Stephen J. Morse, professor of law at the University of Pennsylvania.

“Adolescents make serious mistakes as a result of developmental immaturity that they would not make under similar circumstances after they mature,” Morse wrote in his paper “Immaturity and Irresponsibility,” dealing with the weight of one’s actions. “Consequently, many argue, adolescents should be protected from the full consequences of their immature mistakes, lest their lives be ruined by developmental factors they would outgrow in the normal course of life.”

In a way, fans were protecting Garcia by not holding him accountable. More so than most stars, Tiger included, Sergio was timeless in our collective mind, forever the prodigy that pranced up Medinah’s fairways with the exuberance only a 19-year-old can muster. Those images from that PGA Championship weekend, now 20 years gone, were indelible, instilling a deep-rooted rationalization, Holden would argue, to what would follow.

Coupled with a proactive style of play and infectious smile—which, as other incidents have proved this season, can overshadow many demons—it was understandable, easy even, to back Garcia through his trials. 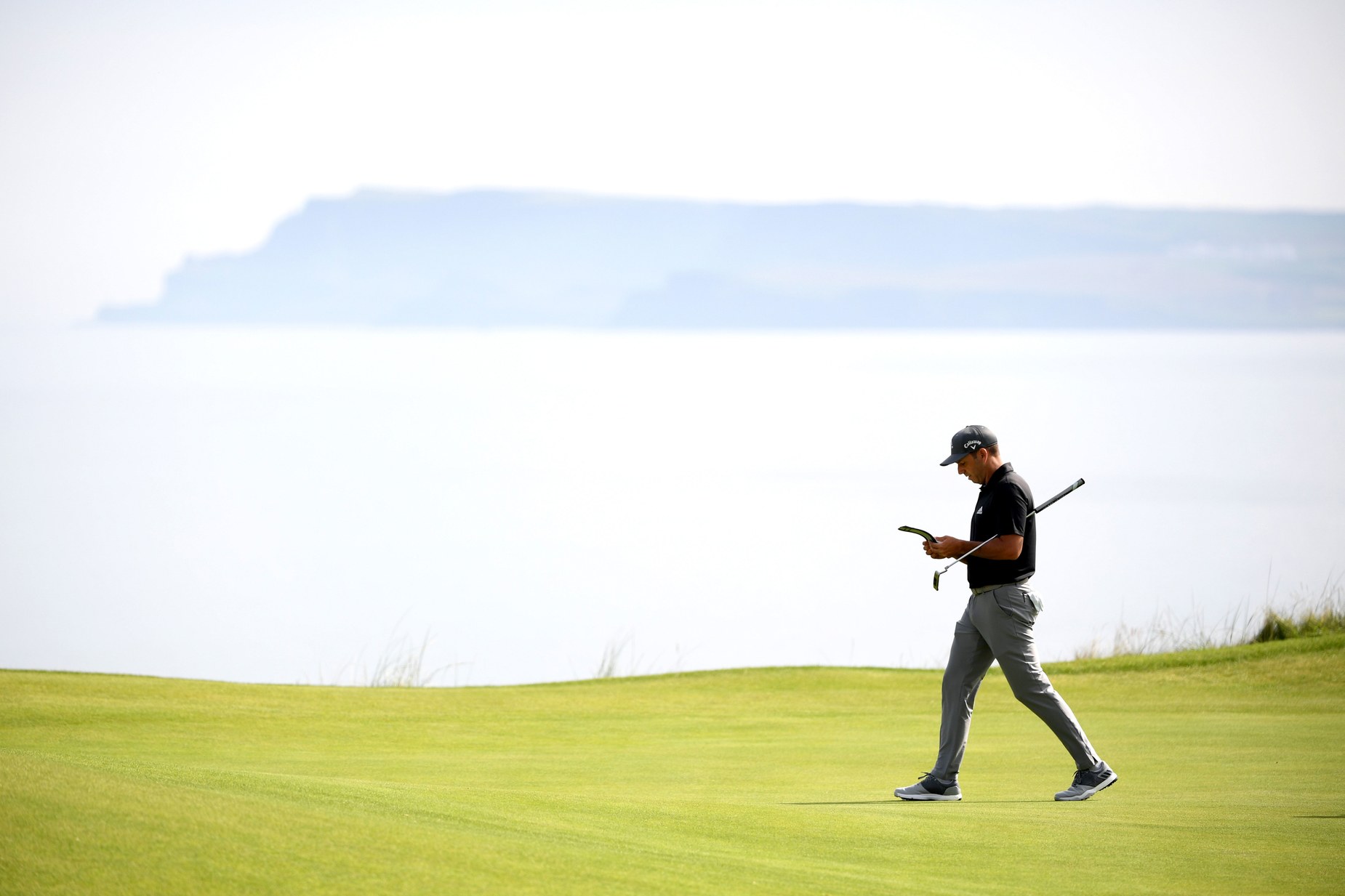 However, Morse continues, at an indiscernible point, a person ultimately loses this protection and must stand responsible for his or her actions. For Garcia, that moment might have been getting married, or having a child, or winning the Masters. Whatever platform served as the jumping point, Garcia undoubtedly has moved through that portal of adolescence to adulthood in the eyes of fans.

To see, then, continued behavior that’s not associated with a 39-year-old is, in essence, a double-whammy. An indictment on its own accord—if you did a tenth of what Garcia has pulled on the course at your club, you wouldn’t be allowed to return—with hindsight serving past sins as corroboration. Those outbursts weren’t fiery. They’re the product of a mercurial soul. Juvenile mistakes are now viewed as arrested development.

It’s like reading a story where the next chapter changes the inflexion of those that came before it. The words and accounts and adventures weren’t altered. The reader simply became wise.

Moreover, there’s a notion that fans—along with team management, coaches and referees—are willing to put up with a level of nonsense from marquee attractions, so long as they produce. It’s part of their passion, the reason goes, the method to their madness. From rank-and-file guys, not so much, those same acts viewed as bush league and distractions. Damning as that might sound, that’s where Garcia’s at in his career. He has missed seven cuts in his last nine major starts, his best finish a T-52 at the 2019 U.S. Open. After missing the FedEx Cup Playoffs last year, he begins this postseason ranked No. 65, needing a good week at Liberty National to advance to the second event.

This is not to say Garcia is morally adrift. There are many tales of Sergio’s assistance to young European golfers making the American jump, and his work with charitable causes, to counter that notion. There’s also the assertion from Garcia himself that off-the-course matters may have impacted his disposition.

“I received some very emotional, personal news earlier that week that didn’t help,” Garcia told the Golf Channel in February. “It was in the back of my mind. As I became frustrated on the course everything erupted.”

In that same breath, those deeds and factors do not excuse Garcia’s conduct, which has been unbecoming as much as it is unbearable. (Golf Digest reached out to Garcia’s representatives last week to speak with him for this story, but received no response.)

Save for the European Tour’s disqualification of Garcia for his purposeful damaging of greens during the Saudi International in February, the sport’s governing bodies have not publicly taken action against Garcia. They arguably don’t need to, as the growing list of embarrassments are punishment on their own.

“Do we really believe that when we ask a chronically immature adult to ‘grow up,’ that he or she has the potential to change her character very much?” Morse ponders.

For decades, golf fans asked this question. They finally have an answer.