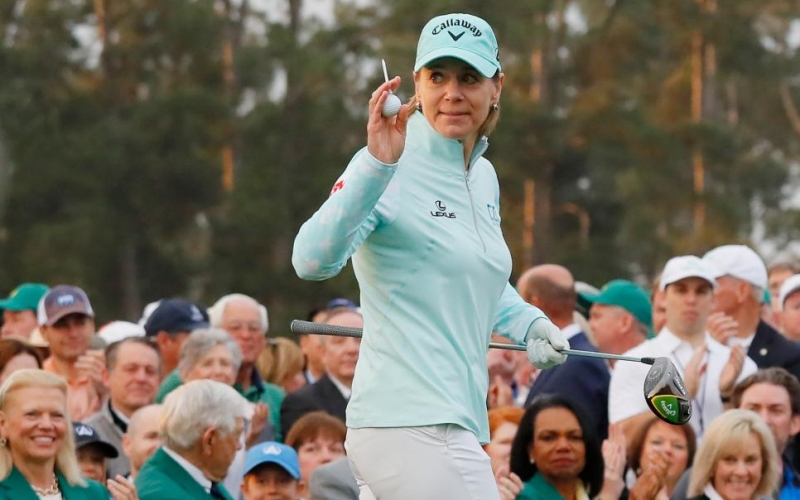 Editor’s Note: This article was published in 2020 ahead of Annika’s 50th birthday. She turned 51 on Saturday.

By Keely Levins
Ahead of celebrating her 50th birthday on Friday, Annika Sorenstam took time to talk to Golf Digest and reflect on what was one of the greatest golf careers of all time. In her 26-year professional career, she won 90 worldwide tournaments, 72 of those on the LPGA Tour, 10 of them majors. She was player of the year eight times and remains the only female to shoot 59 in an LPGA tournament. Anyone would be overwhelmed looking at that list of accomplishments, and that includes Sorenstam.

“When I think about it, it makes me tired,” she says, laughing. “Winning 90 times around the world, I’m super proud. I was on a roll there for a while. Don’t ask me to do it again, let’s put it that way.”

When you ask Sorenstam what memories stick out the most from her long list of accomplishments, she rattles off four quickly.

Indeed, playing at the PGA Tour’s Bank of America Colonial in Fort Worth allowed Sorenstem the rare chance to connect the men’s and women’s games. In turn, the curiosity surrounding her playing—the media and crowds were so intense, she had to be snuck onto the grounds at Colonial Country Club through a back entrance—helped spark conversation about the need to create more opportunities to allow female athletes to shine in sports, let alone in golf. Sorenstam shot 71-74, missing the cut but proving herself on the PGA Tour.

“I’m very proud of my achievements,” Sorenstam says. “It was a fun ride. I pushed myself extremely hard to achieve my goals and more. I’d say I achieved more than I thought I could.” 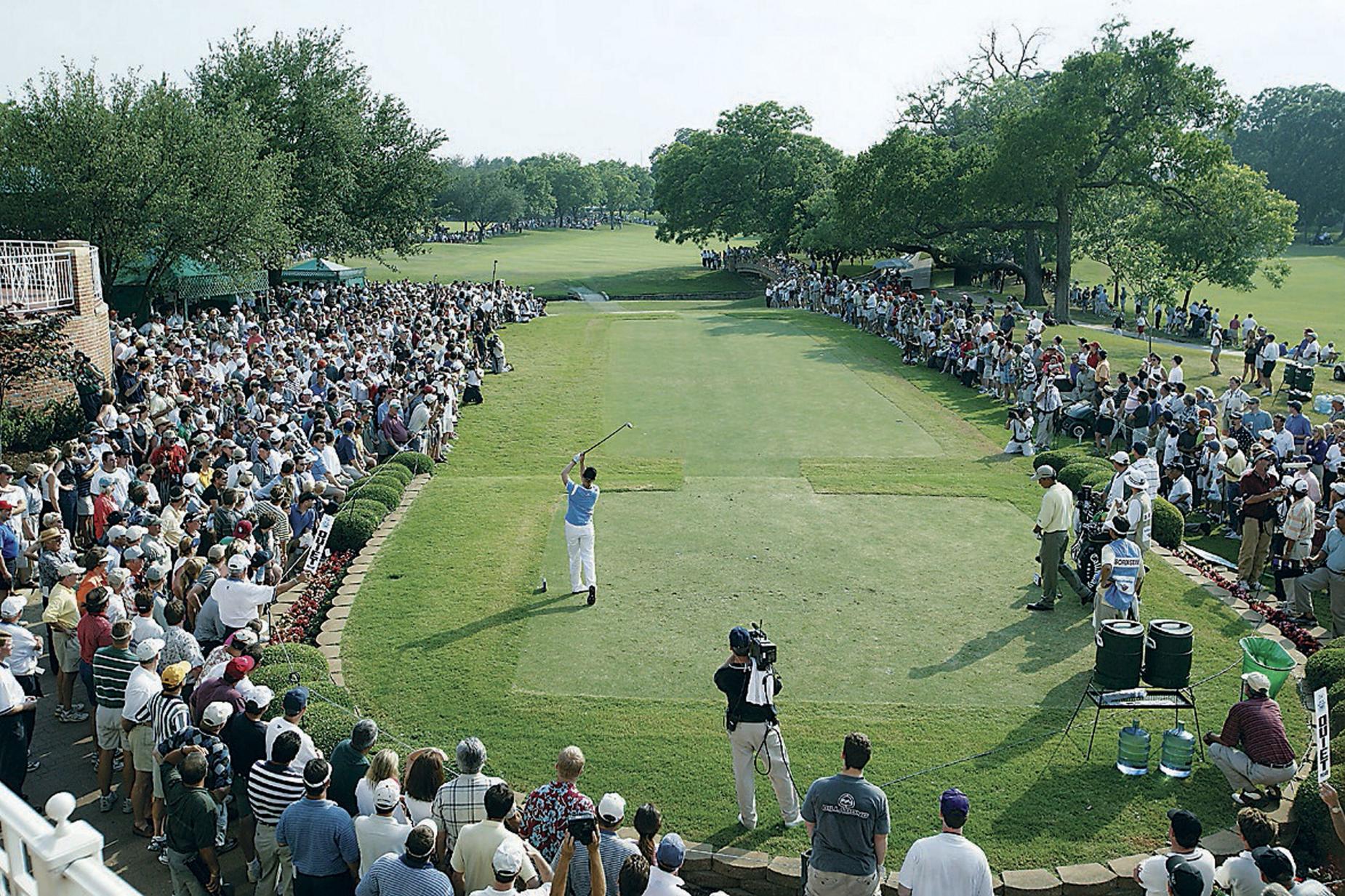 As for the most important wins, she cites two, both of them U.S. Women’s Opens.

“The U.S. Open in ’95 [at The Broadmoor], my first win, my second year on tour and I hadn’t done anything. That was the beginning of my career, it gave me confidence,” Sorenstam says. “In ’06 [at Newport Country Club], it was important, I had a neck injury for a while, that was my third U.S. Open win. I had battled through, it was a long summer, I didn’t know at the time what it was. That was a big win internally more than anything because of everything that had gone on around it.”

While Sorenstam did so much right during her career, hearing how she evolved into the best player in women’s golf is just as interesting as her wins.

“I wouldn’t say my road to success was straight by any means,” Sorenstam contends. “I didn’t have mistakes that cost me dearly, in time or effort or resources. I just learned along the way.”

One of those learning occasions came in 1997 at the U.S. Women’s Open at Pumpkin Ridge outside Portland, Ore., when Sorenstam was trying to become the first woman to win the championship three straight years.

“I was focusing on holding the trophy on Thursday. I had so much confidence. I missed the cut,” Sorenstam says, bluntly. “I didn’t miss many [nine in 307 career LPGA starts], but I missed that one.” 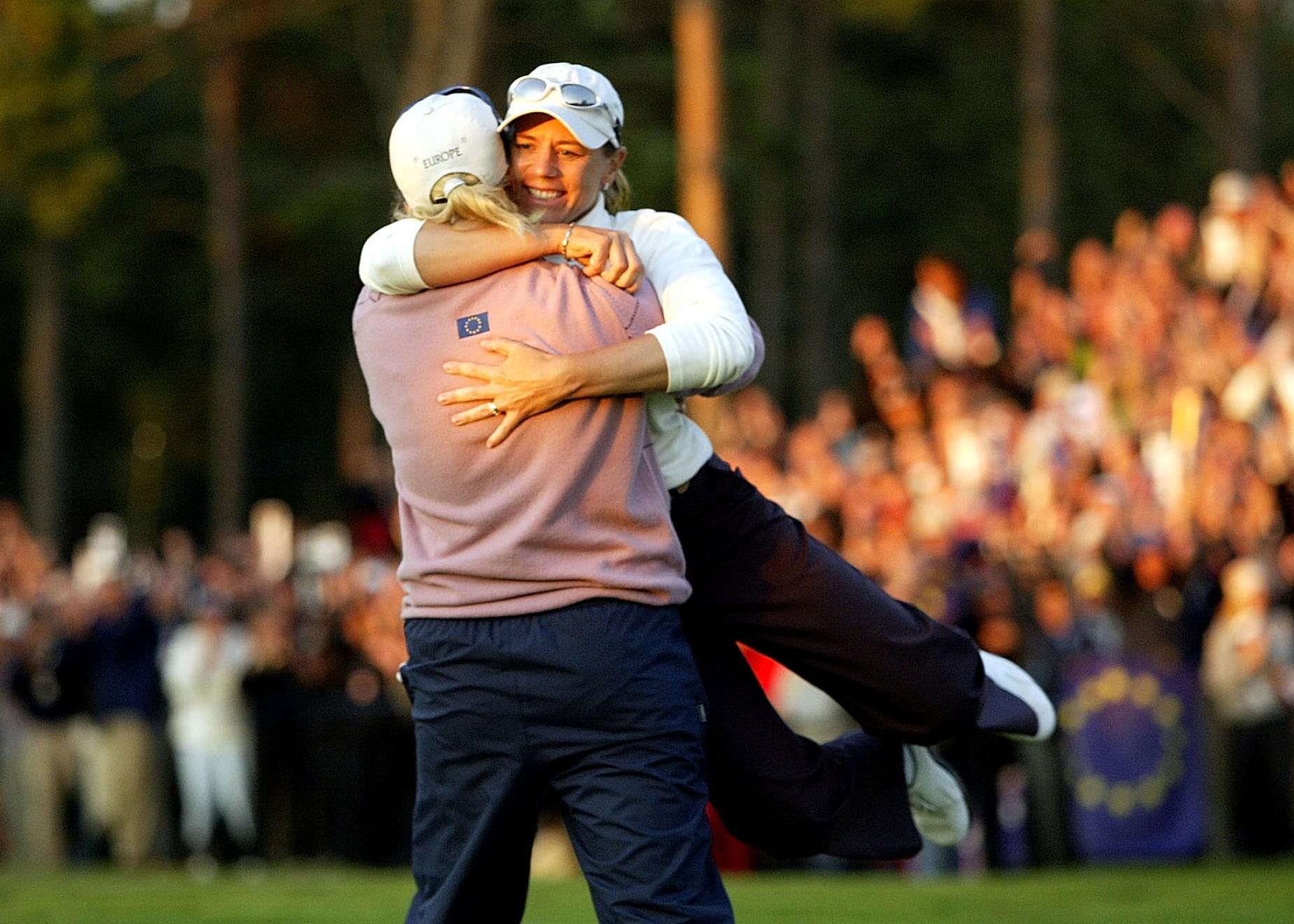 Warren Little
Annika Sorenstam celebrates an emotional victory during the 2003 Solheim Cup in her native Sweden.

From then on, Sorenstam vowed not to treat majors differently from normal events, something that helped her win eight more major titles in the next 10 years.

“Everybody would come to a major the Sunday before, practice Monday and Tuesday. So, I started doing that, and I was exhausted,” Sorenstam says. “Normally, I’d play a practice round Tuesday or Wednesday. Why, all of a sudden, would I do Monday, maybe even Sunday, just because it was a major? It’s like I was consciously telling myself, Do something different because this is so big.”

As she matured on tour, she learned that it didn’t matter how other people structured their practice. She had to find the method that worked for her, and she had to trust herself.

“When I started out, I was at the U.S. Open as an amateur in 1992, I was watching all these pros. They had their teachers out there, they had their entourages with them. So, I thought that’s what you needed to do. I realized that didn’t work for me. I needed to work with my coach two weeks before, because I can’t make changes the day or two before I tee off at a major. That was another lesson,” Sorenstam says. “I kept my routine the same, before the tournament, my pre-shot routine, everything. I know it sounds structural, but you need structure to perform consistently. And I think that was my strength, that I was consistent in my performances.”

When Sorenstam surprised many by deciding to retire at the end of 2008 at just 37—making the announcement in May just days after winning her third title of the year—she did it because she knew she was done.

“I was ready. I listened to my body, to what was happening. I lost my motivation. I wasn’t excited to put all the time in anymore,” Sorenstam said. “I had other things that I wanted to pursue. I figured one more win wasn’t going to change my life. I had reached my full potential, which I had said all along, I’ll be done when I feel like I reach my peak or my potential. That was as good as I could play, I knew I couldn’t raise my level anymore. That’s the finish line.”

Now, Sorenstam is still very much involved in the women’s game. Through her foundation, she offers golf opportunities to girls of all ages and abilities, something the mother of two is particularly proud of. At the top level, her Annika Invitational tournaments are sought-after by competitive female juniors. She keeps in touch with players she meets there, and serves as a mentor to them as they continue through their careers. Some are even on the LPGA Tour now, like Maria Fassi. Having relationships with women on tour makes it even more enjoyable for Sorenstam to watch tour events now.

“I think it’s exciting,” Sorenstam says of watching the LPGA Tour. “I love to watch it. It’s fun when you know people. When you spend time with many of these girls, the mentorship, you get engage, you’re invested. It makes it more exciting. I work with a few, not swing by any means, more overall of being a professional, practice routines, how you work on your short game, how do you work schedule-wise. I’m somebody they can bounce ideas off of. I appreciate that.”