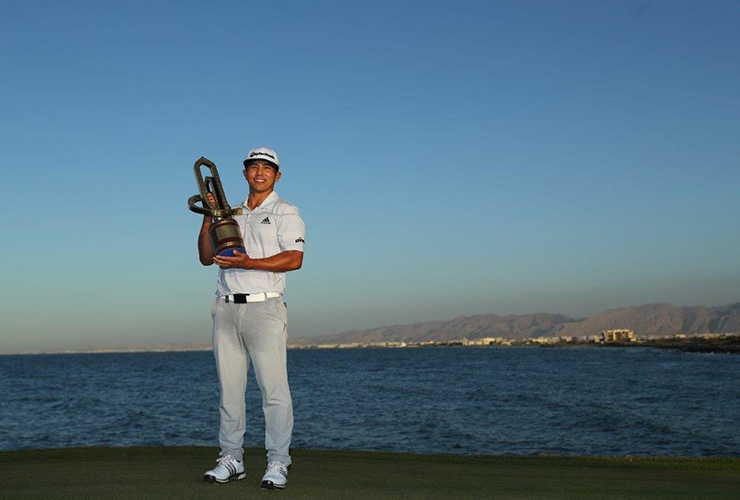 By Kent Gray
Muscat’s stop on the European Tour is guaranteed until at least 2022.

The European Tour and Oman Golf Committee announced a new partnership on Tuesday that will ensure the Oman Open is played at Al Mouj Golf in Oman’s capital city for at least three more years.

American Kurt Kitayama produced a remarkable comeback to win his second European Tour title of the season at Al Mouj in February. The tournament will again bolster the tour’s Middle East swing from February 27 – March 1 next year.

His Excellency Dr Mohammed bin Hamad Al Rumhy, Minister of Oil and Gas and Honorary Chairman of the Oman Golf Committee, said: “I am very pleased to see the continual growth of the Oman Open, growth which would not have been possible without the trust and support of the many sponsors involved.

“Together we have built a world-class event that we can all be very proud of, an event that will not only encourage the growth of golf in the Sultanate but that also shows that Oman is a beautiful destination for tourists and an attractive destination for investors.”

Keith Waters, Director of International Policy and Chief Operating Officer at the European Tour, added: “The European Tour is delighted with the expansion of the Oman Open and the commitment of the Sultanate of Oman to host and support the event for a further three years.

“We are thrilled to receive the support of the government and thankful for the vision which His Excellency Dr.Rumhy had more than seven years ago. Oman can be very proud that this vision has become reality in such an impressive journey and now has a long-term commitment to grow the Oman Open and golf in the country even further.”

While this year’s event marked only the second staging of the Oman Open, Al Mouj Golf previously played host to the stars of the European Challenge Tour between 2013 and 2017.