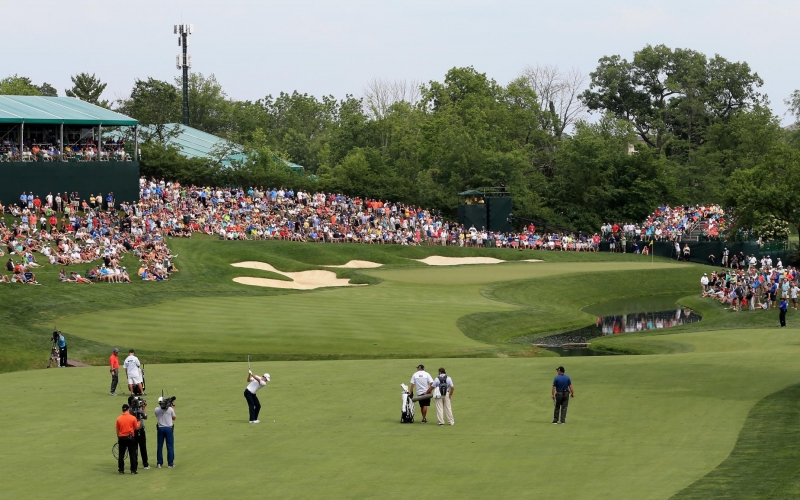 By Tod Leonard
The Muirfield Double. It’s not something that PGA Tour ever wants to repeat, but for one time, at least, it presents a curious scenario.

When the John Deere Classic, scheduled for next week, bowed out of staging an event this year because of the coronavirus pandemic, the tour quickly put together a one-time replacement tournament, the Workday Charity Open, that will be played at Muirfield Village in Dublin, Ohio.

The following week, on the same course, the Jack Nicklaus-hosted Memorial will be contested. There will be no fans allowed at the Workday, while the tour plans to allow a limited amount of spectators for the Memorial, which would be the first event with fans on-site since March’s first round of the Players Championship, cancelled before the second round because of the COVID-19 outbreak.

We got a first glimpse on Friday at who might try to pull off the double when the field for the Workday was finalised.

Tiger Woods, who has yet to play since the tour restarted after a three-month hiatus, opted not to try it, though he is expected to be in the Memorial, which he’s won five times. Among the big names who might have a shot at going back-to-back: world No. 2 Jon Rahm, No. 4 Justin Thomas, No. 5 Brooks Koepka, No. 7 Patrick Reed, No. 9 Patrick Cantlay, Phil Mickelson, Justin Rose, Xander Schauffele, Bubba Watson, Gary Woodland and Jordan Spieth.

The notable absences for the Workday beyond Woods include No. 1 Rory McIlroy and No. 10 Bryson DeChambeau, who won the 2018 Memorial but has also played in every event since the tour’s return.

Announced as a replacement event for the Deere in mid-June, with a $6.2 million purse, the Workday was set to have 156 players, but an addition was made when the tour on Thursday offered an invitation to Chase Koepka, Brooks’ younger brother. The gesture was made after Chase, who Monday qualified for last week’s Travelers Championship, chose to withdraw out of an abundance of caution after two caddies he was in contact with tested positive for COVID-19.

The tour has found a way to have a big impact on charity with the tournament. Workday is committing $1 million in support of Nationwide Children’s Hospital in Columbus, Ohio, and $500,000 to the Oakland-based Eat. Learn. Play. Foundation founded by NBA player Stephen Curry.