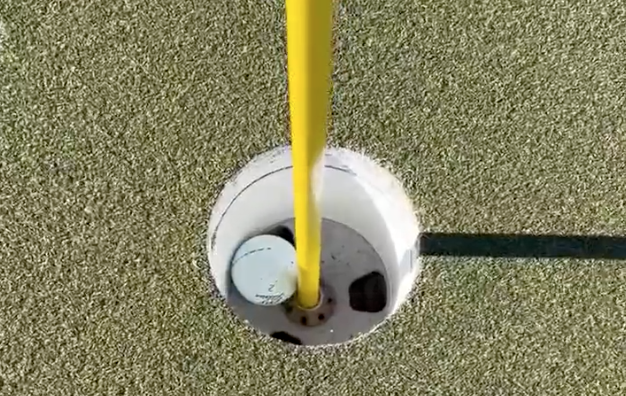 By Alex Myers
There would be few PGA Tour events that would be better to make a hole-in-one at than the Waste Management Phoenix Open. Matt Fitzpatrick’s timing just happened to be a bit off.

So there were no roars. No beer showers. And no raising-the-roof moves like Tiger Woods 25 years ago. Instead, have a listen as Fitzpatrick solemnly narrates his walk up to retrieve his ball after his “wasted” effort:

Hole in one, wasted!! pic.twitter.com/Btcrc4fpRx

On one hand, we get it. You’d obviously like to save that for when the tournament starts and you’re a world-class golfer who probably has a more than a few career aces up your sleeve. On the other, you just made a freaking hole-in-one, Matt! Be a little happy! You know, for some of us who have still never made one!

Or, maybe, Matt was just dreading the bar tab he’s going to get hit with later—especially since there’s still another couple days until the tournament starts. Hmm. He probably should have kept this to himself.