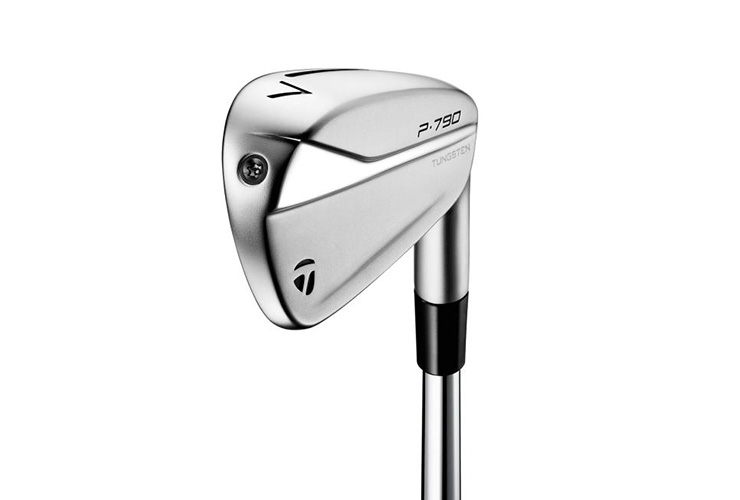 WHAT YOU NEED TO KNOW: The third generation of TaylorMade’s P790 irons, which helped to define the “players distance” category when they were first introduced in 2017, boasts a thinner face and more than double the tungsten of its most recent version. That faster, more forgiving design is fuelled by a new, lighter urethane foam filling—Speedfoam Air—within the hollow-body design.

THE DEEP DIVE: The players’ distance iron category, one of whose primary stalwarts has been TaylorMade’s P790 since its introduction four years ago, is the fastest-growing iron segment in the game. From a technology standpoint, it’s easily the most interesting.

That’s probably because it’s also the most challenging. Essentially, the audience demands a somewhat compact look and single-piece forged feel of a better players iron while craving at the same time a distance infusion usually reserved for the most game-improvement-y designs in the marketplace.

The players iron category is producing more irons that push the boundaries of springy faces, what’s known as the coefficient of restitution (COR). But the challenge isn’t just to inject a little more ball speed into these faces; it’s to make these faces consistently fast.

That’s exactly what’s at work with the third generation of the P790, which gets at the problem of better uniform speed and launch with changes to its distinctive internal urethane foam, the decreased and weight-saving thicknesses of the steels used both in the face and the body and more heavy tungsten than ever before in the P790 line to optimise centre of gravity and forgiveness. 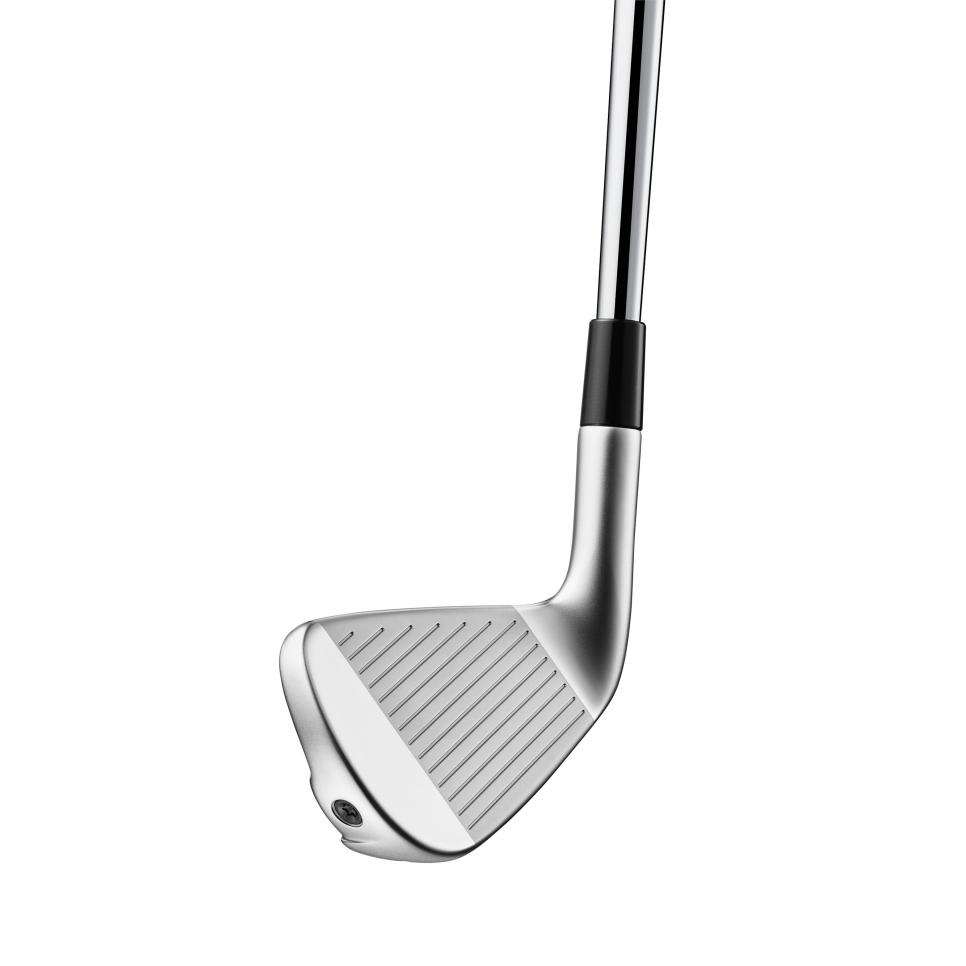 Inside the hollow, multi-piece design, what was known as Speedfoam is now significantly lighter (hence, Speedfoam Air). According to Matt Bovee, TaylorMade’s senior manager of iron product creation, the new version of the lightweight urethane material, is 69 percent less dense than the original, saving about 3.5 grams that can be redistributed in the head.

“It’s much easier to compress, much softer, much lighter,” Bovee said. “All those things we can use to our advantage in improving the design. It allows us to push the limits of the face while keeping that true forged iron-like feel.”

The foam supports a newly thinned face that now gets down to 1.5 millimetres at its thinnest points in the perimeter, or about the thickness of a penny. The variable thickness face, which features the inverted cone-shaped pattern that has been the hallmark of TaylorMade designs for two decades, wraps around the sole in an L-shape. A cut-through slot behind the face in the sole allows for optimal face deflection, especially on impacts below the centre line. 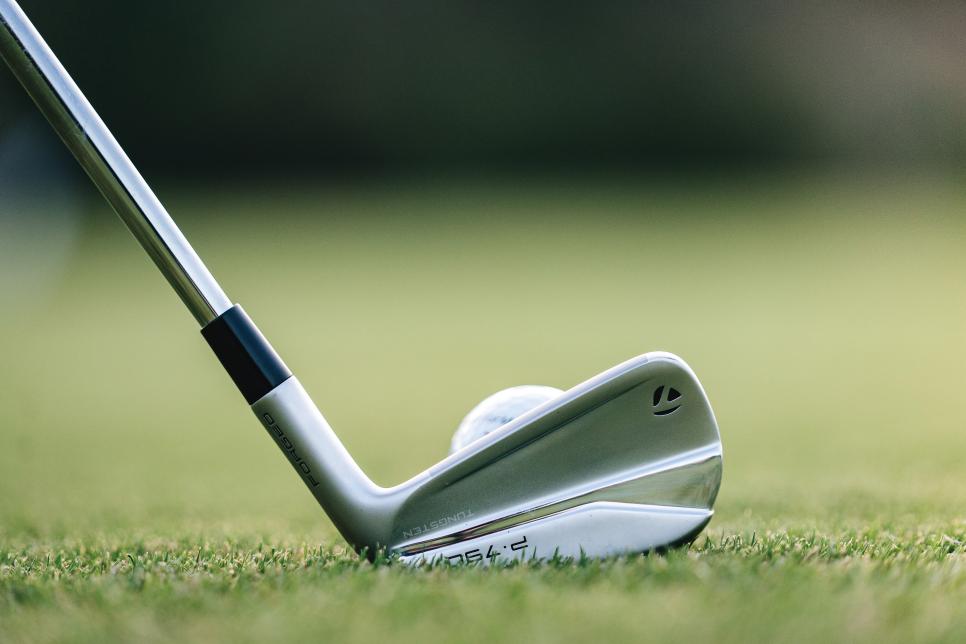 The thinner face flexes better and, according to Bovee, creates an area that features a high spring-like effect, or COR, of .800 that’s nearly a third larger than before. But the faster-flexing face is only part of the story for making the new P790 more consistently fast.

The weight savings from the new foam interior and the thinner face gets an additional boost from a thinner-walled structure in the back of the iron’s hollow-body construction. Previously 1.6 millimetres thick, Bovee said the back wall is now just a millimetre thick. All of those elements redistribute enough mass to allow for a new 31-gram tungsten slug that is positioned a little lower and more toward the toe than in the past. That lines up the face’s most flexible centre with the centre of gravity for better energy transfer, putting more speed in an area from low heel to high toe where most shots are hit. In other words, more consistent speed, what Bovee calls “growing the size of the sweet spot.”

“This is intelligent sweet spot design,” he said. “Because of that repositioning, we’re actually capturing more shots on the iron face. When you do that golfers are going to hit their numbers more often and that leads to more consistency.”

He said the combination of those technologies also includes attention to the feel quotient players want. He also noted that because of its forgiveness, the P790 player profile has encompassed a handicap range that runs from scratch to the 20s. That will continue with the latest version. It’s why players distance irons are resonating so much.

“We’ve made big improvements in face-speed consistency,” he said. “I think the biggest difference in the new P790 is growing that sweet spot size because that really comes down to making a more consistent product. If you’re hitting your number on a more regular basis, you’re going to play better golf. And if you have a larger sweet spot, you’re also going to see better ball speeds.

“It’s about giving the player something as consistent as a solid-body product but gets him or her some extra pop, too.”

Speaking of extra pop, the P790 lineup also will include a utility iron that features the same elements as the irons. The new P790 UDI comes in a 17-degree (2-iron) loft and graphite shaft standard (Project X HZRDUS Black Smoke). 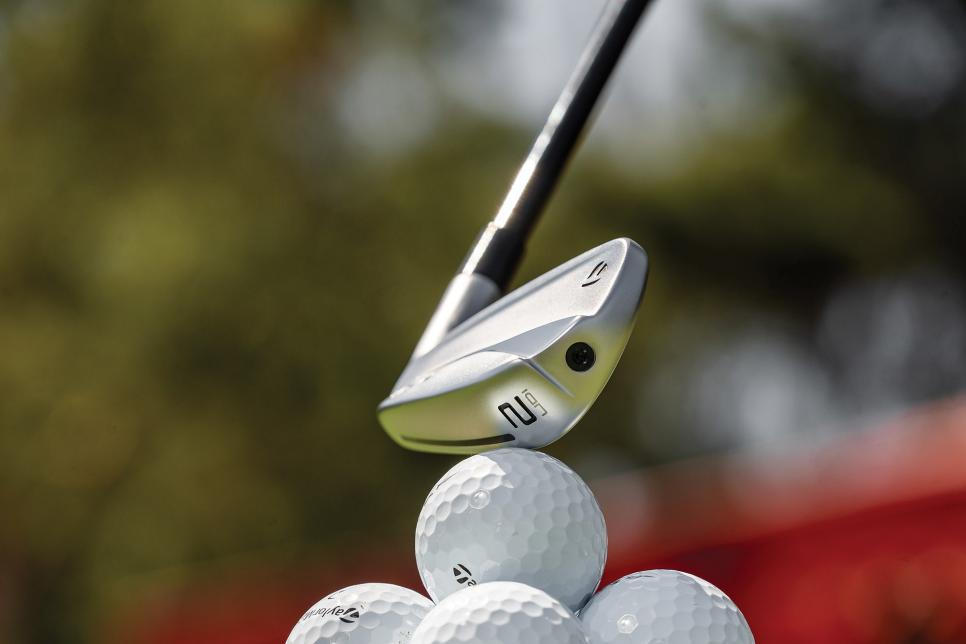