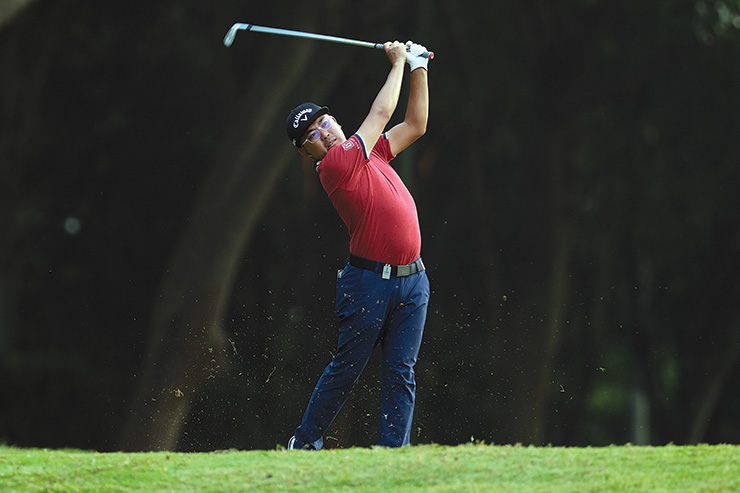 By Kent Gray
When Nicholas Fung secured a precious invite into the European Tour’s hastily arranged Golf in Dubai Championship last December, it was the Malaysian’s first official start in nine months. Quite when or where he’ll tee it up next is anyone’s guess.

Such is the lot of pros outside the cradle of the PGA and European Tours. It’s not that the 30-year-old Asian Tour winner hasn’t been proactive in trying to keep his game sharp while he hurries up and waits for playing opportunities.

“I needed to find a place to practice and allow me to continue to improve my game,” said Fung who boasts 19 professional victories and edged Jazz Janewattananond by a stroke to claim his Asian Tour breakthrough at the 2017 Queen’s Cup in Thailand.

He’s found a great ally in Dubai Golf who allow Fung unrestricted access to their three properties, Emirates G.C, Dubai Creek Golf & Yacht Club and Jumeirah Golf Estates, the latter not so incoincidently the host of the Golf in Dubai Championship.

“The decision to move was primarily because Malaysia was under lockdown but the UAE is a great supporter of golf and the golf courses are incredibly supportive of tour pros, generously allowing us access to their practice facilities.

“There is a wide range of high-quality courses and with the European Tour hosting multiple events in the Emirates, I believe it is the right place to base myself and practice.”

Being a range rat at JGE certainly helped Fung get his start in the European Tour’s final regular-season event of an alarming 2020 on Fire. That and the sway of P4M, the golf management company whose CEO, Marc Potter, was part of the team that got the DP World Tour Championship off the ground on Fire’s JGE sister course Earth more than a decade ago. 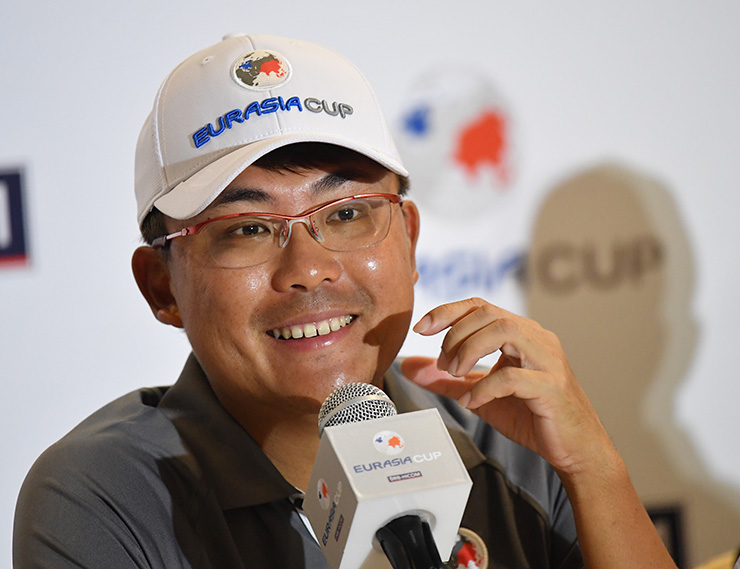 Nicholas Fung agonisingly missed the cut in the Golf in Dubai Championship on Fire at JGE by a single stroke. Photo by Getty Images

Fung signed for rounds of 71-71 to agonisingly miss the cut by a stroke. But given the state of the world, it wasn’t hard to accentuate the positives.

“Yes, to miss the cut was frustrating but I was incredibly happy to be back on tour after such a long layoff. I was perhaps a little rusty and didn’t quite have the competitive feeling but it felt good be back and see the positives from all the work I put in these past nine months.

“The hardest part is to time everything to be at your best when the opportunities are so limited and you’re not sure when the next event will be. But I got a lot of positive vibes during the week, which is not easy after so long off.”

Fung’s fourth and final start on the 2020 Asian Tour was at the Bandar Malaysian Open in early March before the season was suspended by the pandemic. He’s awaiting an official announcement about a resumption but is hearing whispers of a May restart and hopes to be back playing fulltime by June.

He’s due back in Dubai this month after spending quality time with his family over the festive period, practising at TPC Kuala Lumpar and keeping the bank manager happy by giving the odd lesson. He’d love a start in the European Tour’s Qatar Masters later this month but simply has to work around an uncertain future.

“It is really difficult for the pros, especially on the Asian Tour having only the ability to play four events [last year]. But I am lucky enough to still be able to do coaching in Malaysia as a side income and have had the support of friends and sponsors in these difficult times.”

Difficult times. Also known as the new norm. Despite the scheduling mysteries and all the on-going career uncertainty, Fung has somehow managed to remain positive.

“I am extremely motivated to perform at a high level again,” said Fung who won the 2010 Vietnam Open just months after turning professional and counts three EurAsia Cup appearances amongst his accomplishments.

“Actually it [the downtime] has been good and has allowed me more time to prepare, and work on my game. I have been able to work on the mental side of things as well as my fitness, strength, and conditioning.

“It would be great to secure two or three wins on any tour and get my world ranking [924th] back up. The Olympics would be a dream competing for Malaysia.

“I feel I have put in the hard work necessary during this past year and ultimately just need the opportunity to play and compete.”