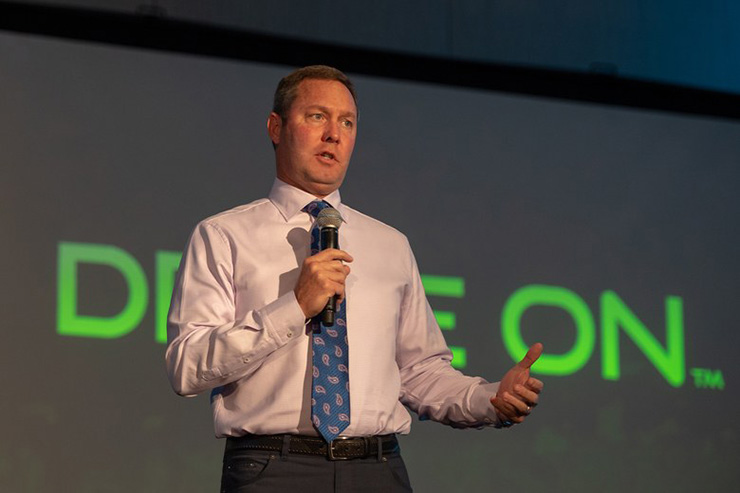 By John Strege
The bright side illuminates the high road on which LPGA Commissioner Mike Whan is traveling when discussing Augusta National having scheduled its inaugural Women’s Amateur opposite the ANA Inspiration.

The bright side, he said here on the eve of the start of the ANA Inspiration, is that there “sure is an awful lot of conversation about women’s golf this week.”

Yet there is no denying that Augusta put the ANA, the LPGA’s first major, in a difficult spot, one that at least had him considering whether to move the tournament up two weeks or back two weeks to eliminate the conflict.

“I would anticipate us being here in the same week next year,” he said. “Today, if we move back two weeks, there’s only three windows for us to have this kind of TV coverage. There’s Founders [Cup] week. That’s really difficult on the club and for all kinds of reasons that seems too difficult for us to pull that off. Or two weeks later, which is a week after the Masters, 10 days from Coachella.”

“That being said, we’ve agreed, 30 to 60 days after this event, to sit down, review what we’ve learned. But I think so far for us it’s been fine. We’ve got a great amateur class. The golf course is in perfect condition.

“Maybe this can be the celebration of women’s golf it really could be.

“I told ANA [officials] the first year will be the toughest on everything. Toughest on the [amateur] players who have to make a decision. This tournament isn’t about amateurs. It’s nice that there’s a real strong amateur legacy here, but I don’t want to change the ANA major inspiration from the LPGA. I really don’t think it’s a problem if some top amateurs want to play there, some top amateurs want to play there.

“I’m not really sure that’s terrible for women’s golf.”