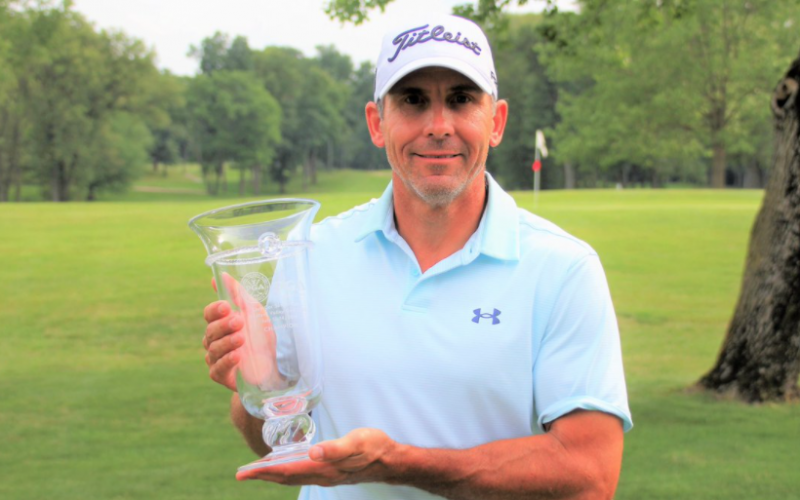 By Alex Myers
Jay Jurecic spends most of his days in a classroom, but this week he’ll get quite the learning opportunity himself.

The middle school math teacher from Michigan will be making his PGA Tour Champions debut at the Sanford International. And he got there by schooling a lot of seasoned tour pros.

Jurecic didn’t just qualify for his first senior circuit event, he cruised into it. As reported by Firepit Collective’s Ryan French (AKA Monday Q Info on Twitter), the 51-year-old fired a 61 to earn medalist honours at Bakker Crossing Golf Course in Sioux Falls, South Dakota:

Jay Jurecic teaches math to 6th and 7th graders in Crystal Falls MI, a small city in the upper peninsula with a population of about 1,500.

He won’t be teaching this week… He just shot a 10 under 61 and Monday Q’d (tues Q’d) into the Champions event.

Not that finishing high on leader boards is anything new for Jurecic, who spends his summers playing on the Dakotas Tour, where he’s a two-time winner. He also won Michigan’s Senior Open Championship earlier this summer in his first try.

“I played two years full-time, but I’ve been teaching for about 22 years and playing in the summer to keep the dream alive,” Jurecic told the Michigan PGA Section after accepting the $2,600 first-place check.

According to BlueGolf.com, he’s also earned about $15K on the Dakotas Tour this year. Not a bad summer gig, eh?

But now he’s got a chance to pad that teacher’s paycheck even more on the PGA Tour Champions. We’re guessing Mr. Jurecic’s students—and bosses—won’t mind him taking a few sick days this week.