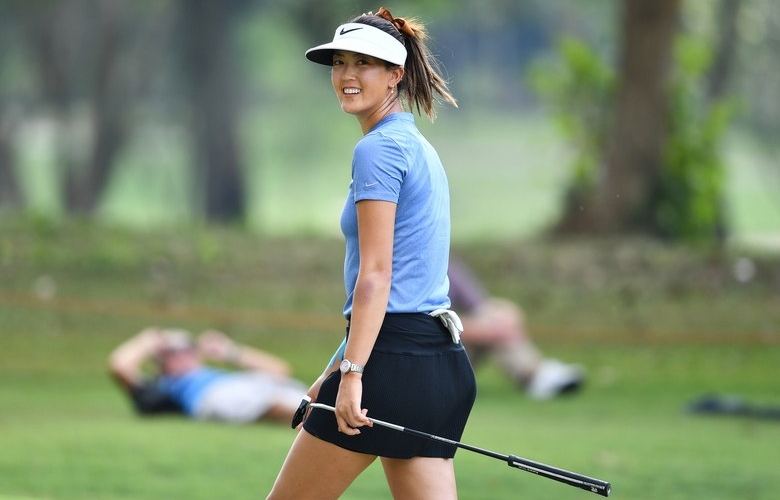 CHONBURI, THAILAND – FEBRUARY 24: Michelle Wie of United States smiles during the final round of the Honda LPGA Thailand at the Siam Country Club Pattaya on February 24, 2019, in Chonburi, Thailand. (Photo by Thananuwat Srirasant/Getty Images)

By Keely Levins
Michelle Wie liked how Lorena Ochoa said good-bye to competitive golf. After spending 158 consecutive weeks as the No. 1 player in the world, Ochoa decided to have a family, retired at age 28 and made a clean break from the game.

“I definitely idolise her and look up to her, so when she did that, I was like that’s pretty cool,” Wie said on Friday, a day after revealing that she and her husband, Jonnie West, are expecting their first child, a girl, this summer. Wie explained that before getting married last August, she assumed she’d follow Ochoa’s lead when she decided to have kids and quit pro golf entirely.

“I thought it was going to be too hard to [to play and have a family], something that I didn’t want to do. I just had that in my mind,” Wie said.

But assumptions change when reality arrives.

After announcing her pregnancy, Wie said she has no intention of quitting golf. In part, it’s because she has some “unfinished business” when it comes to her career. Equally important, though, Wie said she wants her daughter to see her play. Wie was inspired last summer when Suzann Pettersen held her son, Herman, in her arms after holing the winning putt at the Solheim Cup, and when how Tiger’s children were there to see him win the Masters. 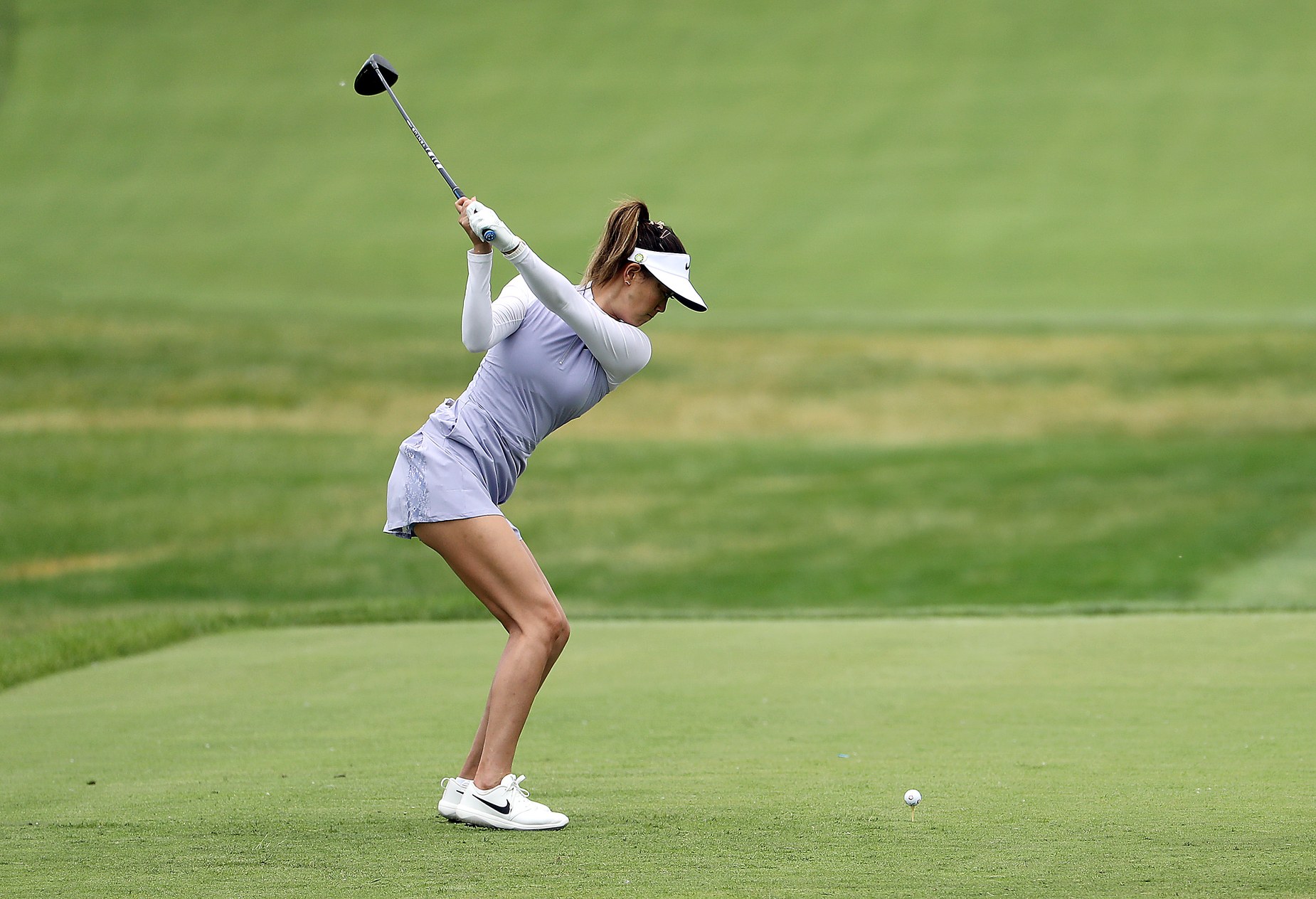 So when, exactly, is she coming back? In the short term, that’s an unknown. Wie is formally considered on maternity leave by the LPGA, but can still play in as many events as she wants and is capable of playing in. Wie says she’d love to play competitively while pregnant, but she barely left the house during her first trimester.

“I don’t think they should call it morning [sickness], it was 24/7,” Wie said, laughing. Though she spent most of her time at home, she did get out a few times to hit some putts, chips and even a few full-swing shots.

Coming back to golf is more complicated than just managing playing while pregnant, given that Wie continues to deal with an ailing right wrist, an injury that forced her to withdraw from the remainder of the 2019 season in June.

“I’ve seen some doctors and they think the extra time [off] will be amazing for me,” Wie said.

It’s also not just about managing the injury itself, but dealing with what the injury did to her mentally in 2019. There was an emotional moment at the KPMG Women’s PGA Championship in June, her last official start, where Wie broke down in tears in front of the media, admitting she wasn’t sure how much golf her body was still capable of playing. It was a view into how devastating the injury was to her psyche.

“The amount of pain I was in last year, there were a lot of times when I didn’t see the light at the end of the tunnel. It was tough to want to go through that every day. I felt like my mind was there, but my body was completely lagging,” Wie said. “I think I definitely have PTSD from that. It’s nice that I’ve spent some time away to forget it. I think that pain is scarring. There was a moment where when I looked at a golf ball, I was terrified because I knew what that pain [of hitting it] was going to feel like. But with time away, the memory of it is getting less and less. It was really fun hitting balls a few months ago. That was a refreshing place to begin again.”

The next time we’ll likely see Wie, then, won’t be playing at an LPGA event. Instead, it will likely be in April, when she will be working with CBS on their multimedia coverage of the Masters. Her specific role has not yet been announced, but Wie has been enjoying her recent foray into golf television. She worked as a studio analyst for the Golf Channel during the Solheim Cup in September.

“I’m surprised with how much I liked it,” Wie said of the experience. “I knew I was going to like it, but I didn’t expect to like it that much.”

As Wie prepares for the Masters and the arrival of her daughter, she uses the words like “comfortable” and “extremely happy” when she describes how she feels about her life currently. While navigating the excitement and uncertainty of her first pregnancy, she sounds composed, and there’s a resolve to the way she talks about her new goals. They are ones she didn’t expect to have but that come when the perspective of becoming a parent sets in.

“It’s definitely a dream of mine for my kid to be in the crowd and watch me play,” Wie said. “Did I think that a couple years ago? Not at all.”