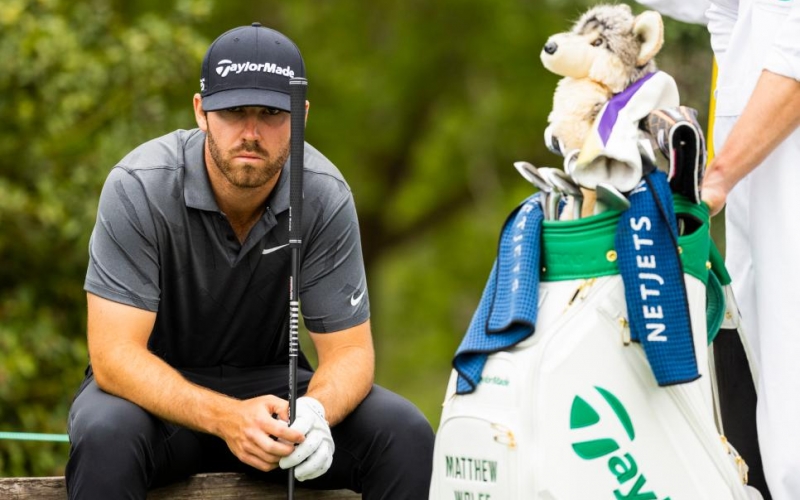 Ben Walton
A dejected Matthew Wolff sits on a bench during Friday’s second round at the Masters.

By Daniel Rapaport
AUGUSTA, Ga. — Matthew Wolff was disqualified from the Masters for signing an incorrect scorecard following his second round.

The infraction came on the 17th hole. After an opening-round 76, Wolff was six over for the day and 10 over total at the time, well outside the cut line. He hit the fairway with his drive and the green in regulation before three-putting for bogey. It is not clear what score he signed for, but the statement from Augusta National said he “returned a scorecard with a hole score lower than he actually made.”

Wolff was disqualified under Rule 3.3b(3), which states that “if a hole score is lower than actually taken on that hole, the player is disqualified.”

It’s the latest blow in a tough stretch for the 21-year-old, who posted top-four finishes in each of his first two major starts but has struggled to find form over the last six months. Wolff missed the cut at the Masters last November and withdrew from both the Farmers Insurance Open and the WGC-Workday Championship, the latter caused by a wrist injury after an opening-round 83.

Wolff skipped the Players Championship and returned to action at the WGC-Dell Technologies Match Play, where he failed to advance out of the group stage. His last top-10 came at the Shriners Hospitals for Children Open last October, when he lost the tournament in a playoff.

Brooks Koepka wound up having a short week at the year’s first major championship. Now, he just hopes he’ll be ready to play in the next one.