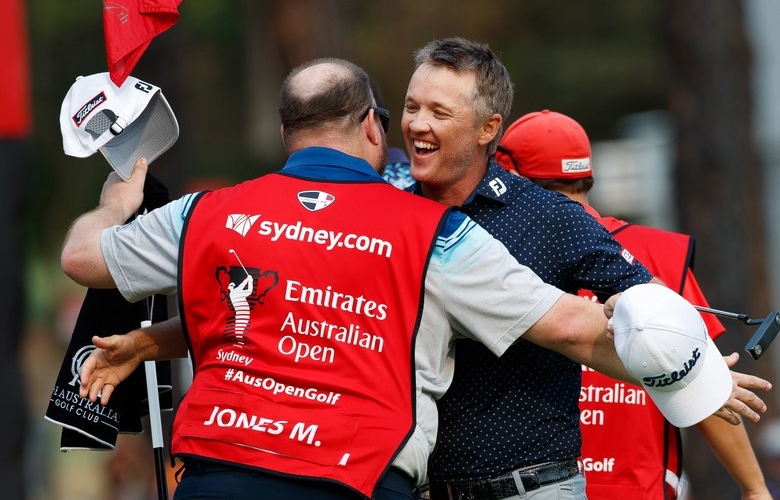 By John Huggan
SYDNEY — He did it the hard way, but Matt Jones got it done. Just. Standing on the 18th tee at The Australian Club (where he is a member), the 39-year-old PGA Tour regular was 15 under par and a comfortable-looking three shots clear of Louis Oosthuizen, who was playing in the group ahead. No problem, right?

After a near-perfect tee shot found the narrow and elusive fairway, Oosthuizen ripped an equally impressive approach onto the green on the water-strewn, 535-yard par 5. The ball stopped no more than 15 feet from the cup, from where the 2010 Open champion calmly rolled in the eagle putt to cap a round of five-under 66. Suddenly, he was 14 under for the week and only one back.

Meanwhile, Jones was doing his best to make things even more exciting. In contrast to Oosthuizen’s beautifully flighted effort, Jones’ drive finished well left of his desired target. A diminutive punch shot was required under some tree limbs if the ball was to successfully make its way back to short grass. But it wasn’t even close. Striking a branch, Jones was faced with another tough play from some wood chips under said tree. Still short of the green in three, he was left with an awkward up-and-down over an intervening bunker if he was to put his name on the historic Stonehaven Cup for a second time after winning previously in 2015.

That was the reality at least. Unfortunately for Jones, he had reached that spot armed with false information. Until he saw the scoreboard at the 18th green, he had thought a bogey 6 was going to be enough to see him safely over the finishing line.

Anyway, despite that sudden shift in emphasis, the chip was struck purely as the checking spin indicated, the ball pulling up maybe four feet beyond the flagstick. And the pas putt was never missing. Cue much celebration as Aussie native was joined on the green by his wife and three young daughters.

“I was under the assumption that I had a two-shot lead,” he explained. “So I wasn’t playing for the green on my third shot, I would have been happy to hit it in the bunker. I’m happy I didn’t though. That bunker shot wouldn’t have been as comfortable. But then I realized what I had to do, and the chip wasn’t that difficult.” 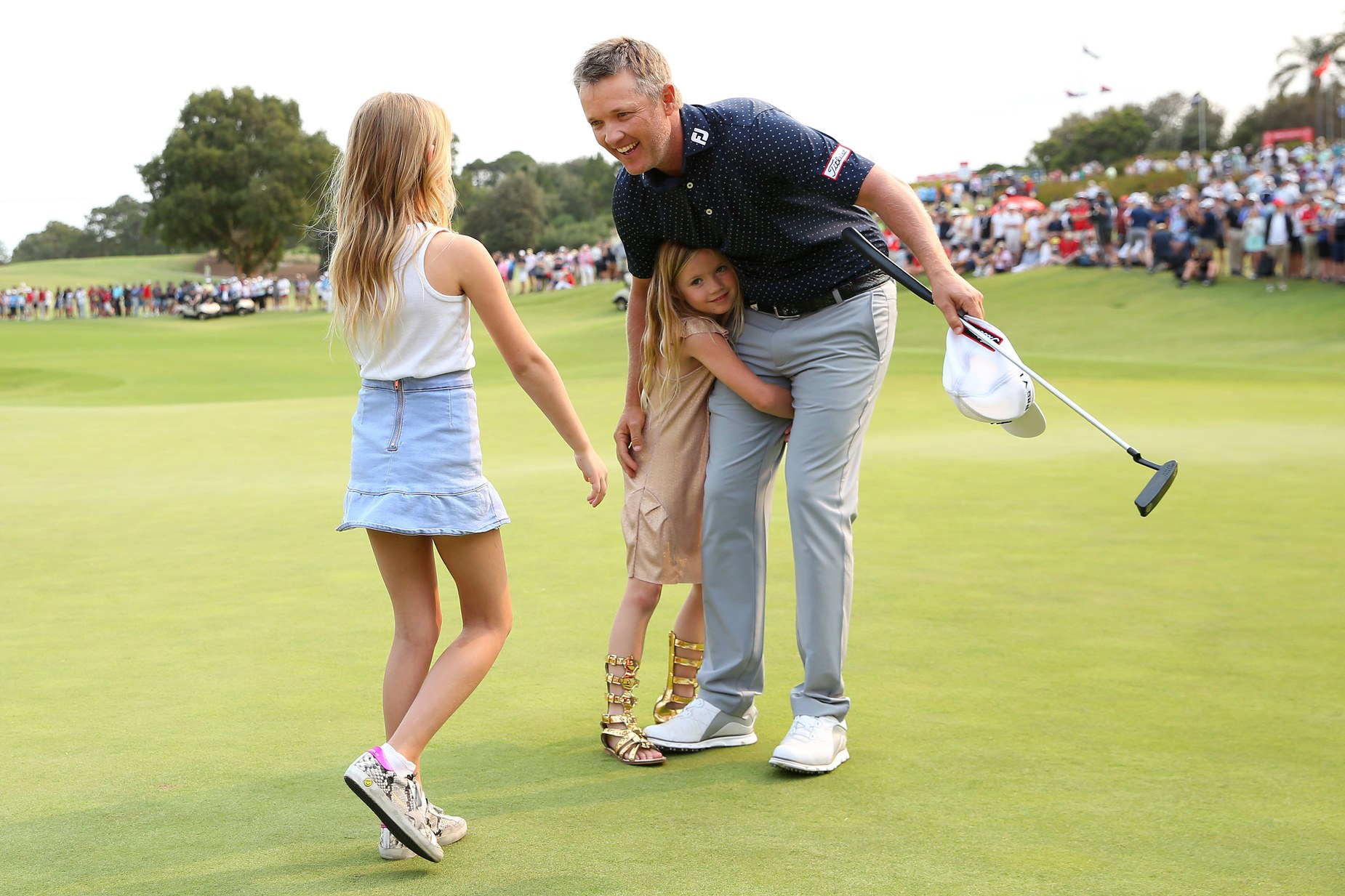 Jason McCawley/Getty Images
Jones celebrates on the 18th green with his children after winning on Sunday.

As for Oosthuizen, the amiable South African was happy enough with his performance heading into next week’s Presidents Cup at Royal Melbourne, where he will be making his fourth appearance on the International team.

“On the back nine, I just wanted to try and get some numbers up there so that Matt would be feeling a little bit of pressure,” Oosthuizen said. “But he did really well. Just about the whole day he was three shots ahead. So I had to do something. I went for it on the last, and it paid off. I’ll take a lot of confidence out of this though. And hopefully we can pull it off next week.”

As well as the A$237,500 first-place check, Jones, for the third time in five years, clinched one of the three British Open spots available in the first of 13 Open Qualifying Series (OQS) events that will identify as many as 46 players over the next few months. Joining Jones at Royal St. George’s next July are fellow Australian Aaron Pike and the world’s No. 1 amateur, Takumi Kanaya of Japan. Both shot nine under par to finish T-3.

“I’ve played in maybe five [four actually] Opens, and it’s the one major I would most like to win,” Jones said. “To qualify and be able to plan a schedule around it is brilliant. I love coming back here because it’s a great chance for me to make the Open. I’ve been lucky enough to do it a few times, and now I’ll be back there next year.”

Still, it is to be hoped that this latest batch of qualifiers fare better than their immediate predecessors. Last year’s Australian Open champion, Abraham Ancer of Mexico, and fellow qualifiers Dimitrios Papadatos and Jake McLeod all failed to qualify for the weekend at Royal Portrush in 2019. Indeed, since the OQS began in 2013, no player identified by the Australian Open has gone on to finish inside the top 25 at the following year’s Open. Eleven have failed to make it through 36 holes, with Aaron Baddeley’s T-27 finish at Royal Birkdale in 2016 the best result by any of the 18 previous qualifiers.