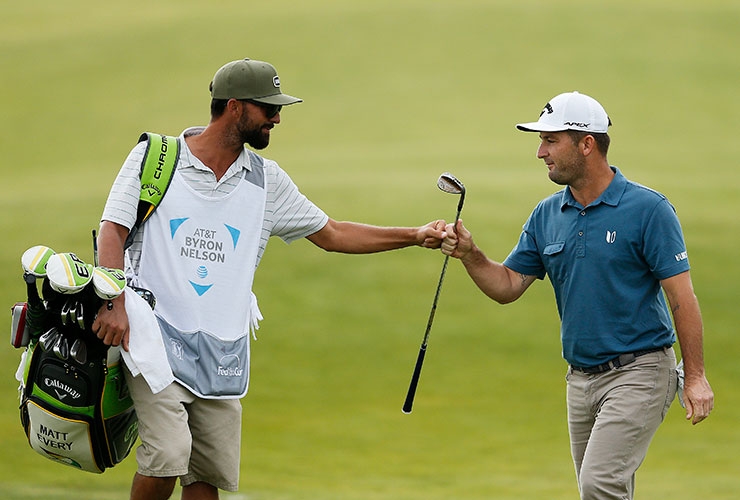 By Christopher Powers
Even after a pair of 65s, Matt Every still trailed Sung Kang by four shots heading into the third round of the AT&T Byron Nelson. To contend, he’d need something special on Saturday.

After a seven-hour rain delay, Every did something very special, firing a six-under 30 on Trinity Forest’s front nine before darkness halted play. Through 45 holes he leads by one shot at 18 under.

“It was like a normal round of golf for me,” said Every, who won at Bay Hill in back-to-back seasons in 2014 and 2015. “Felt like it was playing super easy so it wasn’t like I had time to be nervous about anything. I just needed to keep making birdies.”

Since his second tour victory at the Arnold Palmer, Every has just two top 10s in 101 starts, the most recent of which came in the Zurich Classic of New Orleans in April. He realizes it’s been awhile since he’s been in this position.

“For sure I’ll feel pressure but I don’t know when, but I’m sure it will happen but I’ll be all right.”

Kang is still very much in the mix, sitting just one back at 17 under. He posted a one-under 35 on the front nine.

Tyler Duncan, winless in 52 career starts on tour, shot a three-under 33 on the front and is three off the lead at 15 under. Brooks Koepka is six back at 12 under.