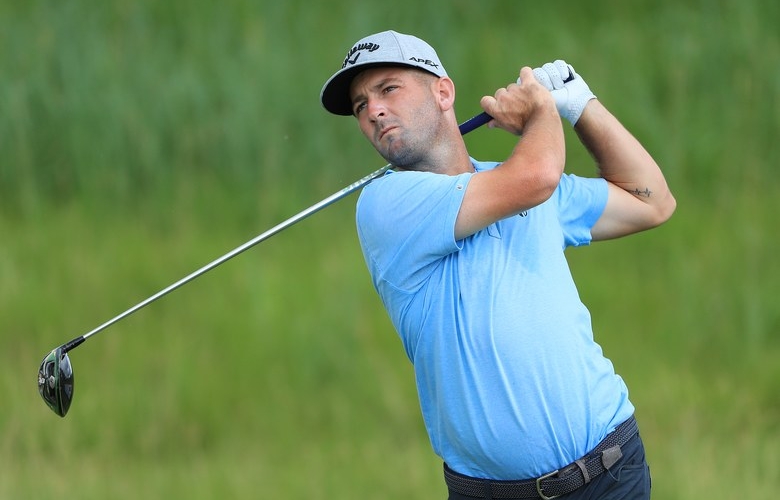 BLAINE, MINNESOTA – JULY 04: Matt Every of the United States plays his shot from the 12th tee during the first round of the 3M Open at TPC Twin Cities on July 04, 2019 in Blaine, Minnesota. (Photo by Sam Greenwood/Getty Images)

By John Strege
Two-time tour winner Matt Every has been suspended for 12 weeks for violating the PGA Tour’s Conduct Policy for drugs of abuse. He will be eligible to compete again on Jan. 7, 2020.

The tour did not specify the drug of abuse and noted it would have no further comment on the suspension at this time.

Every, however, said in a statement to Golf Channel, “I tested positive for cannabis, a drug I do not abuse and a drug I have a legal prescription for in the state of Florida. I have been prescribed cannabis for a mental health condition by my physician whom has managed my medical care for 30 years. It has been determined that I am neither an acceptable candidate to use prescription “Z” class drugs nor benzodiazepines. Additionally, these classes of drugs can be highly addictive and harmful to the human body. For me, cannabis has proven to be, by far, the safest and most effective treatment.

“With that being said, I have no choice but to accept this suspension and move on. I knew what WADA’s [World Anti-Doping Agency] policy was and I violated it. I don’t agree with it for many reasons, mainly for my overall well-being, but I’m excited for what lies ahead in my life and career. Over the last few years I have made massive strides and I know my best is still in front of me. I can’t wait to come back better than ever in January.”

Every, 35, has been suspended before by the tour following his 2010 arrest in Bettendorf, Iowa, for possession of marijuana.

A back-to-back winner of the Arnold Palmer Invitational in 2014 and ’15, Every has played five events in the 2019-’20 season and has made the cut in two of them. He tied for 28th in the Houston Open on Sunday.