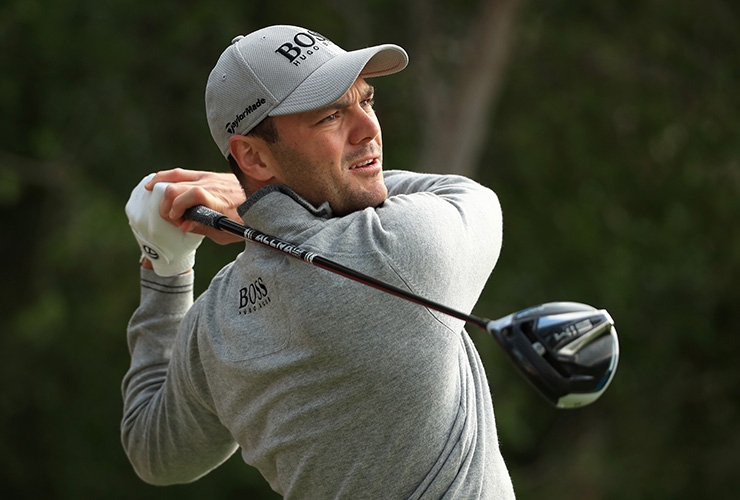 By Kent Gray
It is almost inconceivable that two-time major champion Martin Kaymer has gone winless since he captured the 2014 U.S. Open at Pinehurst. The former world No.1 is convinced a break to that six-year drought is on the horizon and won’t be surprised if the dam bursts as soon as Muscat later this month.

The 35-year-old German was unveiled on Wednesday as the headline act for the 3rd staging of the $1.75 million Oman Open to be staged at Al Mouj Golf from Feb.27-March 1.

Kaymer has a superb record in the Middle East highlighted by a record hat-trick of Abu Dhabi HSBC Championship titles among his 11 European Tour triumphs. The 2010 US PGA Championship winner also boasts three PGA Tour titles – the two majors and the 2014 Players Championship – but nearly spilled outside the top 200 of the Official World Golf Ranking, falling to 198th last May.

A share of eighth place in Abu Dhabi and back-to-back top-20s at the OMEGA Dubai Desert Classic and the Saudi International powered by SBIA has helped Kaymer climb back to 112th and has him convinced a breakthrough is close.

“I think as long as I follow a plan, winning again is just a matter of time,” said Kaymer. “At the end of 2019 I sat down with my coach and we talked about the things that didn’t work out and the things that did, and I need to elevate my game.

“I feel really close because I have a plan now,” he said. “The last two or three years, I didn’t really have a plan of what I wanted to do, where I wanted to be or where I thought my golf should be.”

Kaymer is one of the straightest hitters on tour but realised he needed to add some oomph to his tee balls.

“I changed a few things over the winter with my driving because I was never happy the way I drove the ball. It was straight, but it was never long enough to compete at the big events.

“If you look at the stats these days, the guys are hitting it with 300 yards of carry, so I needed to change something. I did that and I’m very happy the way I’m driving it right now.

“My irons have always been good and I have I worked a lot on the short game too. It’s just a matter of having a plan behind what you want to do. It might sound really silly – like how can you not have a plan – but sometimes you get so stuck in an environment that you actually forget what you are doing. You just go from week-to-week-to-week.

“So I just took a break, reflected a little bit, because I was not happy where my game was going, and then I changed.”

Kaymer is also hoping another change can start to bear fruit after he became reunited with his old caddie, Scotland’s Craig Connelly, the man who carried his bag during those two major victories.

“It’s great to have ‘wee man’ back on the bag,” said Kaymer. “I feel like I’m back in a comfort zone with Craig, and it’s important in my career now to find that comfort zone. You need people around you who know you and keep you in a good place – and that’s what Craig brings.”