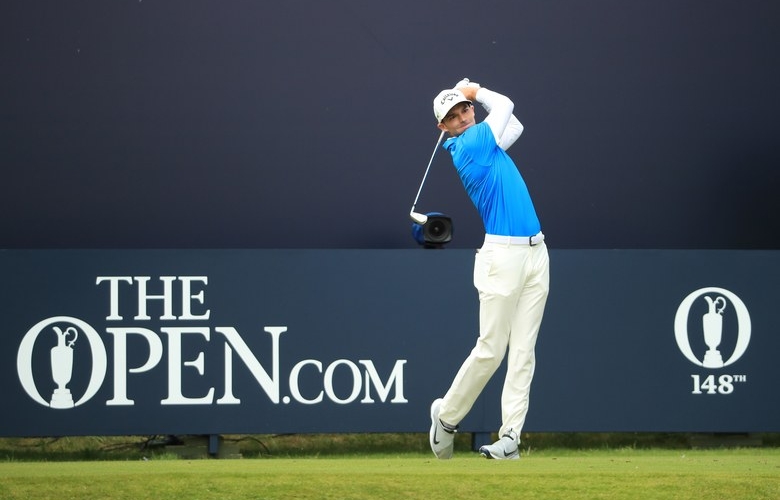 By Joel Beall
The tenor of the PGA Tour’s regular-season finale has always has been a little off-pitch. Chalk it up to post-major lethargy, that most stars watch from the sidelines or that the playoff field has mostly been set, but the importance of what’s at stake at the Wyndham Championship has not resonated to the common fan. A shame, because, for a host of players, what happens at Sedgefield C.C. means a heck of a lot.

With the Greensboro event the last chance for players to make their way into the playoffs (and in many cases, earn their cards for next season), here are 12 notable names on the FedEx Cup Playoffs bubble.

Aaron Wise
Barring a wave of pushes from players outside the FedEx Cup top 125, Wise (No. 120) is relatively safe to advance to the Northern Trust, with a made cut this week sealing the deal. Nevertheless, that he’s even in this discussion underlines the reigning Rookie of the Year’s sophomore slump.

It’s not that the former NCAA champ has been bad, missing the weekend a mere six times in 19 events. Rather, it’s when he gets there, he fails to make a move, ranked 63rd in Round 3 scoring and 93rd in Round 4. (Best seen at the U.S. Open: Wise was T-4 after 36 holes, but finished T-35). Wise’s potential remains vast, evidenced in ranking 18th in strokes gained/off-the-tee. Once he gets his short game figured out (156th in sg/putting), expect the 23-year-old to be among the game’s top 30 with regularity.

Pat Perez
That Perez is No. 122 is impressive given he missed significant time due to a calf injury.

Unfortunately, he’s also in a rut as of late, his last top-30 finish coming in May. Perez will maintain status next year thanks to a win at the 2017 CIMB Classic; considering his play since returning from the sidelines, perhaps sitting the playoffs out to get right before the fall slate is not the worst fate for the 43-year-old.

Noren’s drop in performance is solely derivative of his putting. Ranking third in the strokes gained category last year, the Swede enters Wyndham 162nd with the flat stick in 2019. However, Noren does enter with a little heat in his corner, finishing T-11 at the Open and T-12 at the WGC-FedEx St. Jude. Noren is directly on the bubble at No. 125, leaving him the master of his domain.

Austin Cook
The man who made a name for himself through Monday qualifiers will need that temerity in Greensboro. In 18 events in 2019, Cook has played four rounds of a tournament just six times. The stats have been just as ugly: 140th in approach, 184th in around-the-green, and 156th in strokes gained. A T-4 two weeks ago at the alternate event Barbasol Championship bestows a sliver of hope. Cook’s played in the Wyndham just once, finishing in a T-43 in 2015. 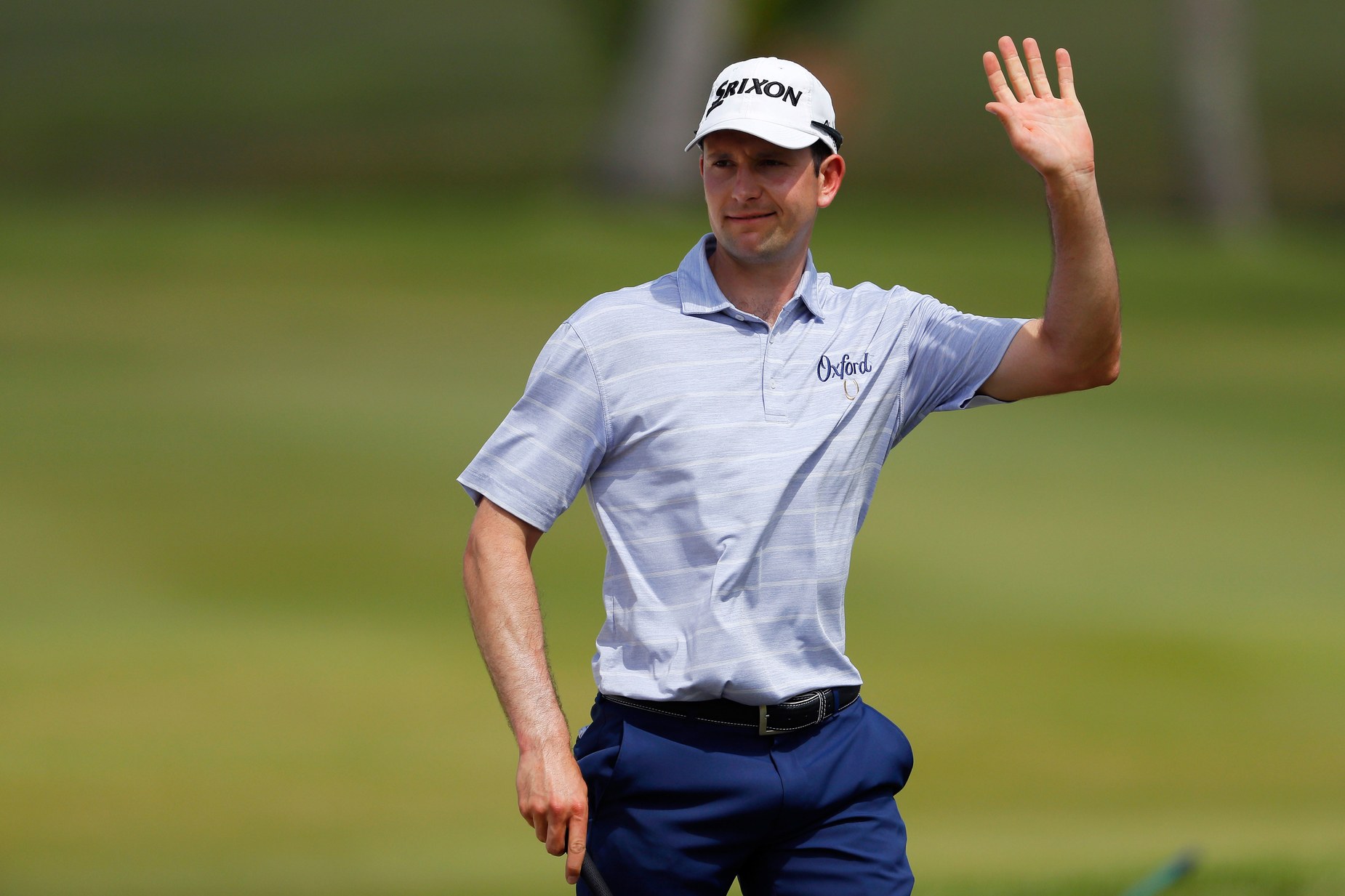 Martin Trainer
The good news for Trainer: missing the postseason doesn’t have dire consequences, as his breakthrough at the Puerto Rico Open conferred a two-year tour exemption. However, as a competitive spirit, Trainer would like to get off the Struggle Bus, and we do mean struggle. He hasn’t made a cut since the first week of April, with nine MCs and one WD in that span, and ranks 197th out of 202 players in strokes gained.

And yet, at No. 128, a top-40 finish would likely be enough to earn a postseason invite. Go figure.

Patton Kizzire
Talk about a precipitous drop-off for a guy who won twice last season and made the Tour Championship. The year started out well too, with four top 25s—highlighted by a T-8 at the Tournament of Champions and T-13 at the Sony Open—in his first six starts. But Kizzire has been mired in a funk of the worst kind, missing eight cuts in his last nine starts. For those searching for what went wrong, that quest can begin and end on his iron play, ranking 156th in approach after finishing 37th in the category a year before.

Peter Uihlein
The former U.S. Amateur champ is at a crossroads of sorts. Uihlein is a common refrain when polling players their belief on the next breakthrough on tour, and his compact, repeatable swing makes that notion hard to dispute. Conversely, following the world traveler’s first full year on tour in 2018 (finishing 64th in the FedEx Cup), he’s undoubtedly taken a step back this campaign with 13 made cuts in 28 starts, and turning 30 at the end of August, the term “fledgling” no longer applies.

Standing at 130th, he’ll need to be in the Wyndham mix to make it to Liberty National. No matter how it shakes out, the next few months will be an interesting cauldron for Uihlein, giving fans an idea if he’ll ever reach his much-hyped prospects.

Daniel Berger
Two years ago, he was on the Presidents Cup. A summer ago, in the final group at the U.S. Open. A poor week at the Wyndham will have him fighting for his card at the Korn Ferry Finals.

Berger’s fall has been one of the more curious circumstances of the past season. The former Rookie of the Year took four months off from September to January to heal a finger injury, an injury that’s clearly plagued his iron game. After ranking in the top 25 in approach four consecutive seasons, Berger enters Wyndham 120th in the category. Berger did finish runner-up at the Puerto Rico Open in February; since, he has only one top 20 to his credit. At No. 131, the 26-year-old will need such a standing at Wyndham, along with a few stumbles from players ahead of him. 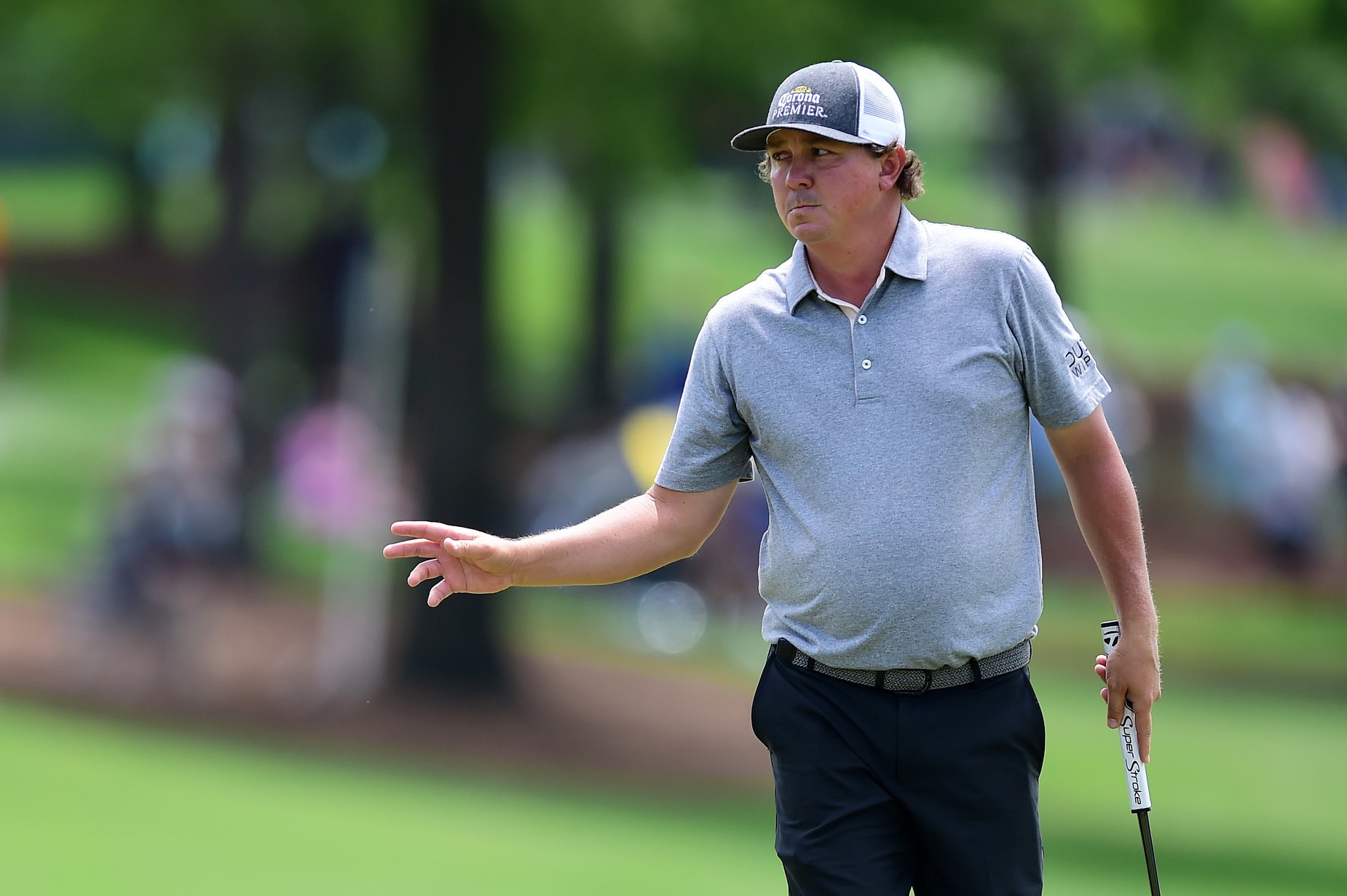 Jason Dufner
Even by his standards, Duf’s putting this season has been a tough swallow: 186th in sg/putting, 193rd in three-putt avoidance, 195th in one-putt percentage and 197th in overall putting. Sabermetrics have proved the importance of driving and second-shot prowess, but they are for naught if you can’t convert on the green.

Dufner does own two top 10s on the season, yet the short game has curbed any semblance of consistency. He does have 11 previous starts at the Wyndham with four top 25s. But at No. 136, he’s going to need something higher than that to advance.

Bill Haas
The former FedEx Cup champ lost his tour card a season ago, a circumstance many ascribed to Haas’ traumatic car crash earlier in the year. Haas had somewhat righted the ship in 2019, making 15 cuts in 22 starts. Alas, he hasn’t really competed, with just two top 10s in that time. He does come into Greensboro with momentum, off promising showings in Kentucky and the Quad Cities. Haas also has a sterling track record at this event with four top 10s in 14 previous outings. At No. 140, Haas needs his best finish of the season, but what a story that would be.

Beau Hossler
A year ago the highly-touted Texas Longhorn was up one over Ian Poulter going into the final hole of the Houston Open. Now Hossler will need a Herculean effort (No. 143) to avoid a trip to the Korn Ferry Finals. Still just 24, Hossler has one of the best short games on tour, and his fortunes can change once he discovers how to stop the big number (150th in bogey avoidance). But Hossler is a reminder that, though the tour’s youth revolution may be perpetual, it can also be fleeting.

Martin Kaymer
Kaymer’s five-year exemption from the 2014 U.S. Open is coming to an end. Kaymer has proved his tank is far from empty with four top 20s in his last six global starts, although it’s likely too late to earn his card for next season (No. 146). He does have some success at this tournament, finishing T-14 and T-20 in two previous starts. Moreover, given his willingness to play at the alternate event Barracuda Championship, it will be captivating to see if a former World No. 1 decides to head to the Korn Ferry Finals to claw his way back to the tour. That is, assuming he doesn’t win this week.