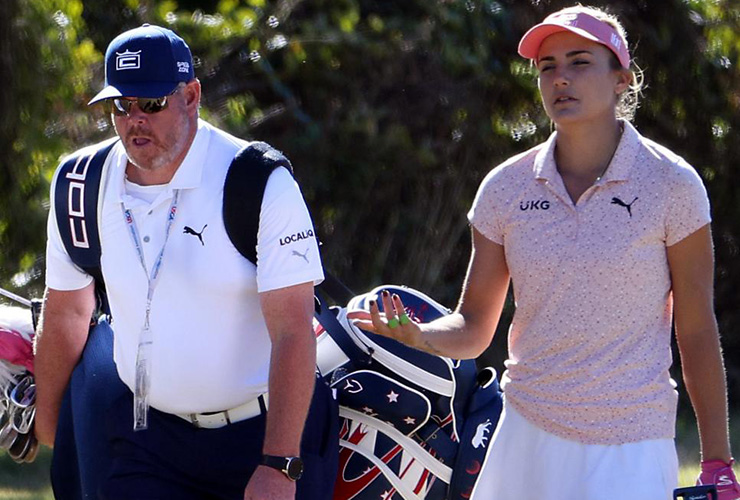 Jamie Squire
Lexi Thompson walks alongside caddie Tim Tucker during a practice round of the U.S. Women’s Open.

By Brian Wacker
HOUSTON—Lexi Thompson is still looking for her second career major after winning her first, the 2014 Kraft Nabisco Championship (now ANA Inspiration), a month after her 19th birthday.

Perhaps using a caddie who was recently on the bag of another major champion will help.

At this week’s U.S. Women’s Open, Thompson is employing the services of Tim Tucker. He’s the caddie for Bryson DeChambeau, who won his first career major at the U.S. Open at Winged Foot in September. Thompson, who is searching for a full-time caddie, shares an agent with DeChambeau, and the PGA Tour is off until January, making the move possible.

Transitioning from the men’s game to the women’s shouldn’t be a big deal. Plenty of caddies have worked both tours and Tucker is a veteran.

Going from golf’s mad scientist to Thompson? That’s another story.

“He’s used to a whole different player,” Thompson said Wednesday at Champions Golf Club. “[I’m] definitely a lot more simple, I guess, out on the golf course. I don’t carry a yardage book, so I usually just ask for the pin number and where I should land it, and that’s about it.”

To say that DeChambeau operates differently is an understatement. Radius control, predictive analysis and air density calculations are just part of the repertoire.

The first day she and Tucker went out on the course together, Tucker had a number of factors—green and air density included, according to Thompson—factored into the yardages he gave the 25-year old.

“It was unbelievable,” Thompson said. “The first two holes he said, ‘It’s going to play this number.’ And I trusted it and I hit it so close, and it was a perfect number.

“But I’m, like, maybe I should just have another—like the actual pin number in my head just for my sanity. But it’s unbelievable what he calculates. I’m truly amazed. I’m like, ‘Just keep it to yourself; just tell me what you think the shot will play.’”

Perhaps more important to what Tucker brings to the bag are more intangible elements.

“He’s great out there, great personality, and we just feed off each other and definitely [have] a lot of laughs,” Thompson said. “Whether you’re playing good or bad, I feel like he’s always going to be positive, and that’s what I need by my side out there, because major championships, there will be some difficult shots and some bad ones, and it’s just important to stay in it.

“I’ve said it before, but I just want my best friend and somebody to be there for me at my side, and at the same time doing my numbers.”

A new caddie isn’t the only thing Thompson is breaking in this week. She also switched putters, something she’s done a few times this year. This week, she’ll use a TaylorMade Spider model, with the idea that the mallet-style head will help reduce face rotation in her stroke. In making the change she’s also tweaked her setup, moving closer to the ball.

Maybe some of Tucker’s green-reading skills and major mojo will also rub off. And there maybe is history to be matched: Only once before has a caddie been on the bag for both a men’s and women’s major winner. Mark Fulcher caddied for Alison Nicholas when she won the 1997 U.S. Women’s Open and looped for Justin Rose when he captured the 2013 U.S. Open.

But Tucker’s caddying will only go so far. He won’t have to worry about feeding Thompson protein shakes the way he does with DeChambeau. 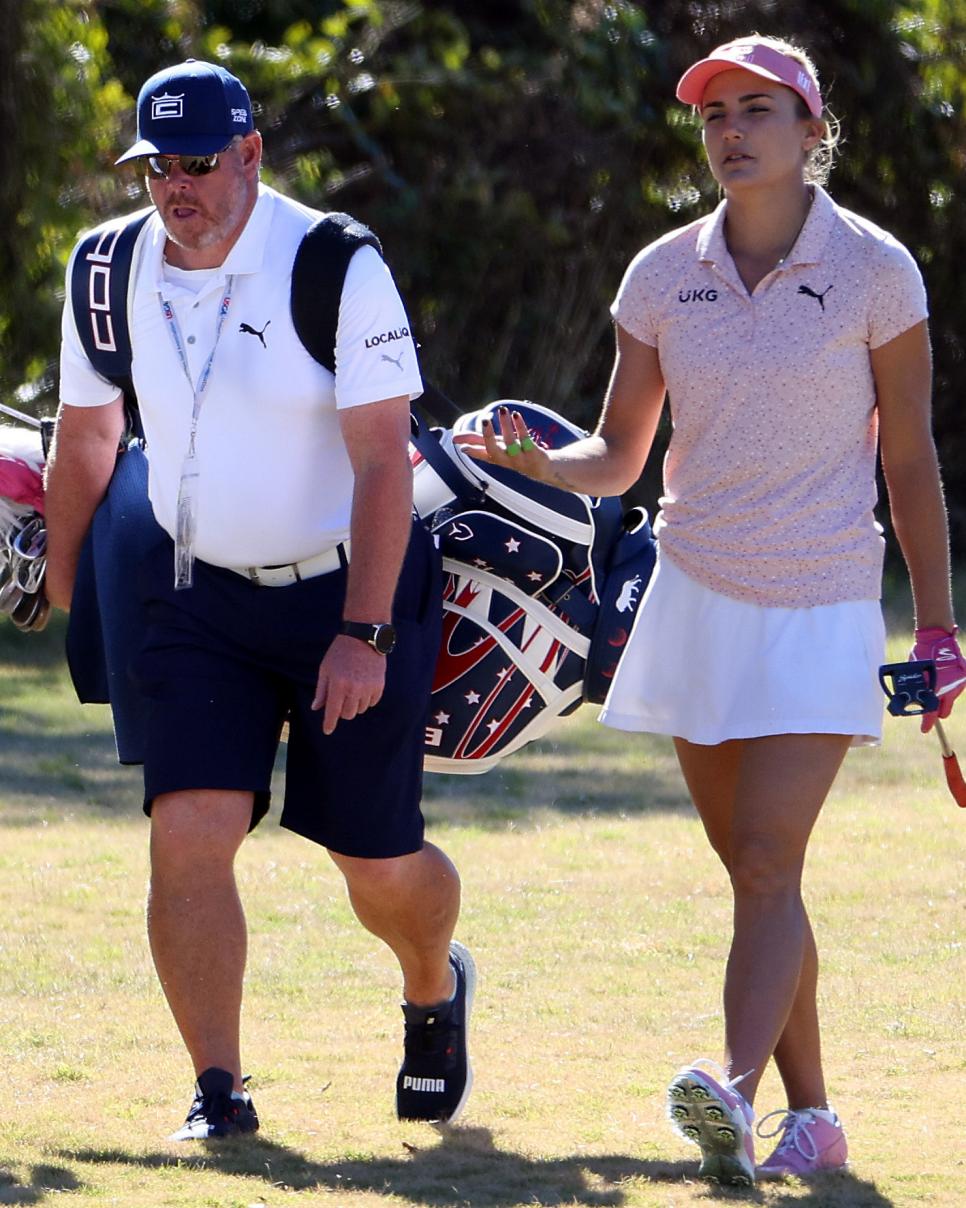