Last night today: What they said on the eve of the Race to Dubai’s final round 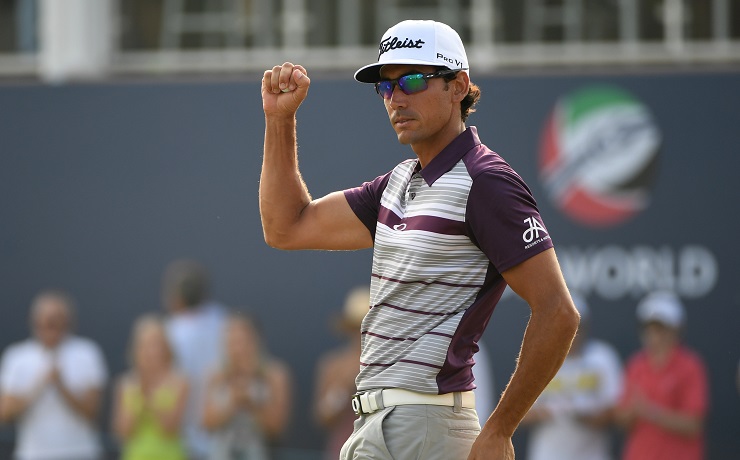 Victor Dubuisson takes a one shot into the final round of the DP World Tour Championship at Jumeirah Golf Estates on Sunday.

To set the scene for what shapes as a fitting finale to the European Tour season with 16 players within six shots of the 27-year-old Frenchman, here’s a recap of all the best quotes following at extraordinary Saturday on Earth.

“Obviously I knew I needed a low one obviously to catch up with the leaders. I mean, I didn’t expect it this low. I have posted really low rounds here, as well, so I know how to do it. I just played great today, and the putts dropped in. So that was really the difference.” – Rafa Cabrera-Bello (pictured) on the Saturday 63 that has him a shot back of Victor Dubuisson going into Sunday’s final round.

“It’s been a very good year, as you said, for me. I pretty much accomplished every single goal, many of my childhood dreams, as well. So just trying to get the third win, and really happy to have put myself in a position hopefully to do so tomorrow. So hopefully yes.” Cabrera-Bello again on whether he is saving his best golf of a memorable season till last.

“It was a long one. It was going down the green into the next tee I think if it missed the hole. Fortunately smashed the hole and went right in the middle. Yeah, I was glad for obvious reasons that it went in,” Matthew Fitzpatrick on his 78ft eagle putt on the par 5 7th which briefly gave the Englishman the lead Saturday.  “it’s just been a great day and hopefully another one of them tomorrow. Hopefully it will be enough but we’ll see.”

”I think I just need to do the same thing. Maybe avoid a little mistake here and there, but if I keep playing the way I’ve been playing the last three rounds, and it kind of falls into place, I think most people are aware of what I’m capable of.” – Nicolas Colsaerts who is just a shot back after two eagles, six birdies and four bogeys in his 66 Saturday.

“I was raging that I missed that birdie putt, and I walked off the green, thinking that is my first par. But it was just one of those starts I guess. Just happy to shoot a good score in the end,” Tyrrell Hatton after missing a birdie putt on the 8th for his first par in a third round of 67 which also sees him a shot off the pace.

“I feel really comfortable on this golf course and hopefully I get off to a slightly better start or more consistent start tomorrow, but throw in a few birdies. We’ll see…I’m in a good position going into the final round,” Hatton again.

“Well, I’m 11-under par, 13 is leading, so I’ve got a good chance. That’s what we were talking about after the first day, 66. Yeah, it’s a good position to be in. Really looking forward to tomorrow and hopefully getting off to as fast as a start as I did today,” Lee Westwood starts Sunday two shots back after a 69 Saturday.

“Yeah, I’m still very confident. I played well today. I think 2-under is not a very truthful score of the way I played. Hopefully I’m keeping some of the birdies for tomorrow.” – Italian Francesco Molinari also two back of leader Dubuisson.

“Yeah, I’ve just got to go out and try to play a solid round tomorrow. I know if Alex finishes second on his own, I’ve got to be inside the top eight, so that’s kind of the scenario that I’m trying to achieve.” – Order of Merit pole-sitter Henrik Stenson on his game plan for Sunday as he eyes closest challenger Alex Noren…and a $1.25m bonus for winning the Harry Vardon Trophy.

“Much tougher than this. I wasn’t quite expecting some of the questions that came up, but it was all in good fun. Yeah, I definitely had to put my thinking hat on a couple of times and try to wiggle out of a couple of them as best I could (laughing). “ – Rory McIlroy when asked, after his third round 68, how he found his pre-tournament interview with nine-year-old European Tour ‘presenter’ Billy, a video that has since gone viral.

“It’s just a course I like. It’s long. You have to carry the ball long. It’s target golf. Long game is very important, putting. I just like the way it sets up.” – overnight leader Victor Dubuisson has the last word after his 64 Saturday sees him take a one shot lead into Sunday.