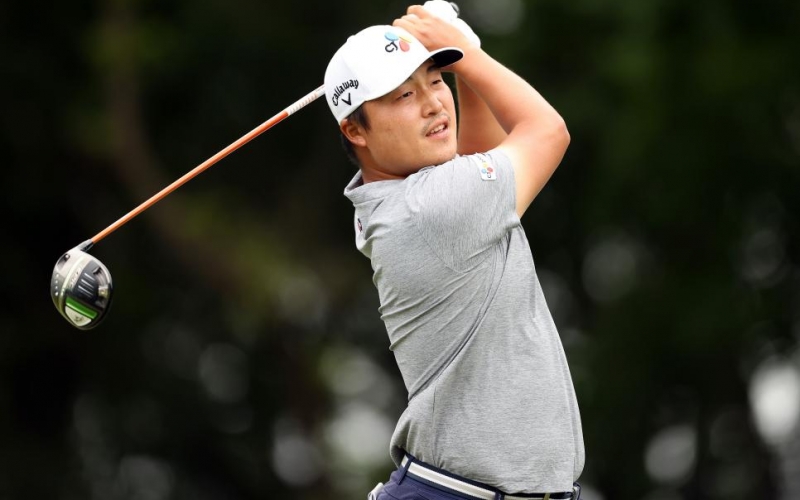 By Alex Myers
The PGA Tour became the SqueeGeeA Tour on Sunday at the AT&T Byron Nelson. Excuse us for the bad joke. It was a long day. And if we’re being honest, not a particularly exciting one, either. That is, unless you’re K.H. Lee or his family.

In that case, this was probably the most exciting day of your life. So congrats. He played awesome. And he seemed impervious to the pouring rain that fell most of the afternoon at TPC Craig Ranch. If there was a strokes gained/ precipitation metric, he might just lead the tour.

No, but really. This wasn’t much of a contest. For most fans, this sight was the most entertaining part of a final round that started early and ended, well, at the normal time:

The grounds crew @ATTByronNelson is working overtime to get the finishing holes in. 💦 pic.twitter.com/CYodx0vuuk

What a wild scene that caused plenty of “championship level” jokes in the wake of the NCAA canceling a women’s golf regional earlier in the week. But all that hard work wound up not even mattering as moments later lightning in the area caused a suspension of play. When golf resumed more than two hours later, Lee, who had seized a comfortable lead after birdieing five of his first eight holes on Sunday, missed a par putt that gave Sam Burns hope.

But the 29-year-old South Korean stuffed a pitching wedge to four feet on the par-3 17th and converted the putt to regain his three-shot cushion. A two-putt birdie on No. 18 kept that margin and gave him his first career PGA Tour title and made him the last man to earn a spot into next week’s PGA Championship.

“Long day for me, I think everybody,” Lee told reporters after. “I mean, but I just try keep patient and positive thinking. So I don’t want to looking on the leaderboard, so just try my golf, and then successful now, so I’m very excited and happy.”

Here are four other takeaways from the final round at TPC Craig Ranch.

K.H. Lee had a secret weapon
OK, so a caddie isn’t so secret, but Lee’s looper, Brett Waldman, may have contributed more to this victory—and to Lee’s scorching 25 under total—than you may have realized. You see, Waldman is an accomplished golfer himself, and he once made it through the second stage of PGA Tour Q School, finishing T-14 in 2010. The venue that year? You guessed it, TPC Craig Ranch. 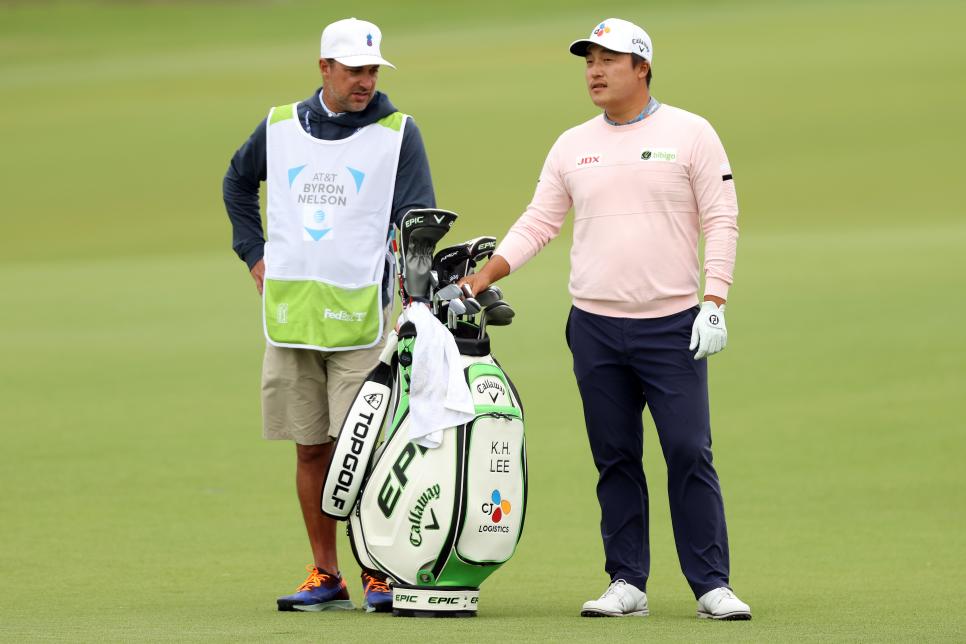 So, yeah, you could say Waldman knows his way around this place. And during a year in which so few players did, that proved to be especially important.

Sam Burns can’t win every week …
… even if it seems like he’s the 54-hole leader every week. The rising star played his way into that position for an incredible fourth time this season, but Burns wasn’t able to go back-to-back after winning his maiden PGA Tour title at the Valspar in his last start two weeks ago. 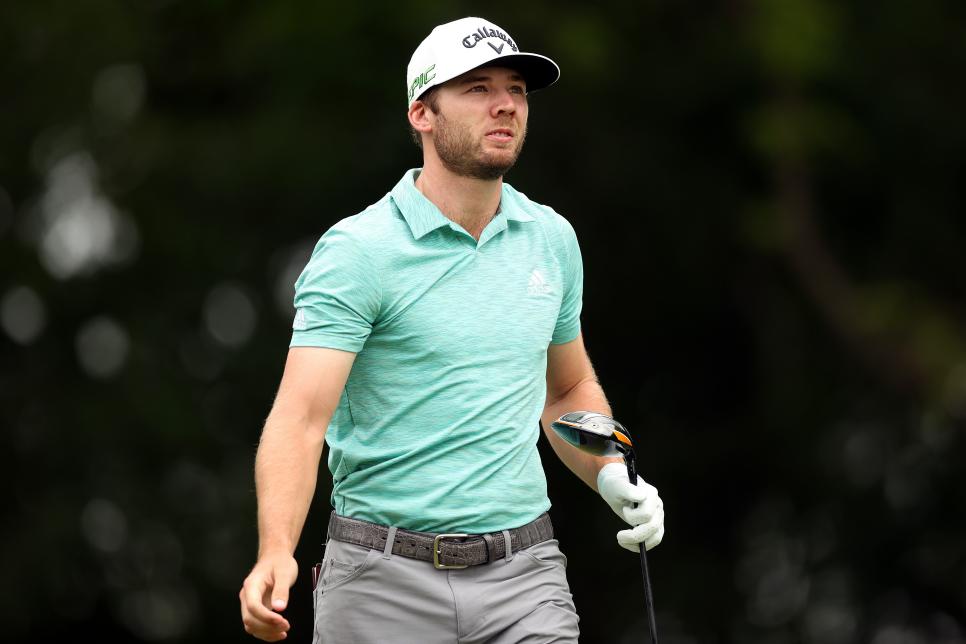 Still, a solo second gave the 24-year-old three straight top-five finishes and moved him to fifth in the FedEx Cup standings. This dude is the real deal.

The Schwartzel Redemption continues
We are now more than a decade out from Charl Schwartzel’s 2011 Masters victory, but the South African is playing some of his best golf since then. And it’s kind of come out of nowhere. Schwartzel had fallen to No. 211 in the World Ranking entering last month’s Masters, but a T-26 was the start of a nice run. 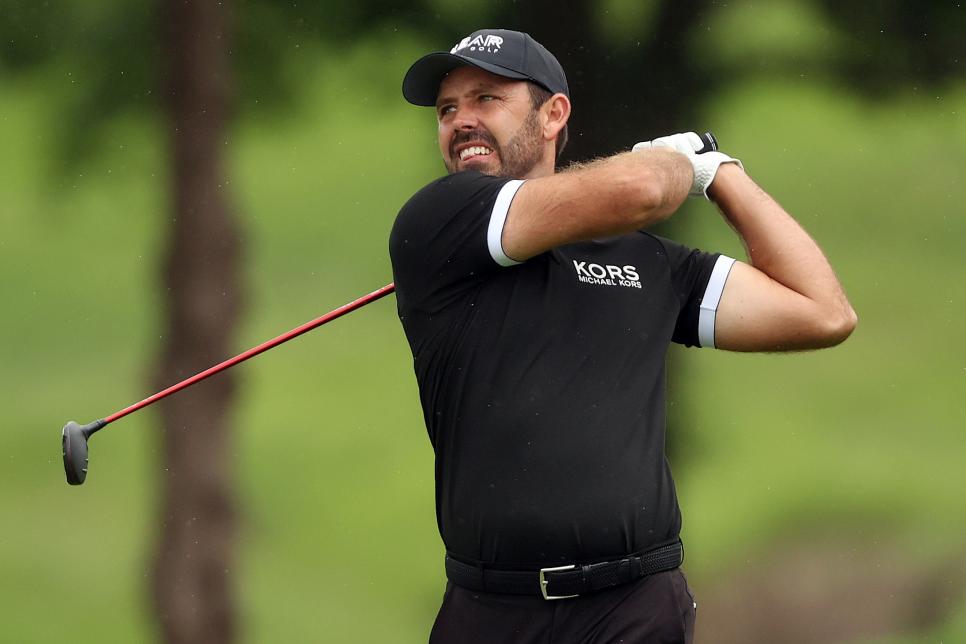 He teamed with Louis Oosthuizen to finish runner-up at the Zurich Classic in his next start, then went T-21 (Valspar), T-14 (Wells Fargo) and a T-3 this week despite curiously not wearing his trademark big straw hat in the rain. He’s not going to be one of the favourites at the PGA Championship next week, but at 200-to-1 odds, you could do a lot worse than the 36-year-old who made the cut at Kiawah in 2012. Speaking of guys who are going to be getting a lot of betting support at Kiawah …

Jordan Spieth stalled—for now
Spieth entered the final round with a great chance to win his hometown PGA Tour event for the first time, but at even through 13 holes, he never seriously contended. After, he admitted the rain got to him.

“Today was a little disappointing,” Spieth said. “Just was tough. What a battle. We don’t normally get rain in Texas without electricity very often, and so that was definitely a test. But it was fun. I thought the tournament was great out here, and after having a month off just kind of coming out and hitting a lot of good shots, picking back up where I left off, was a big confidence boost.” 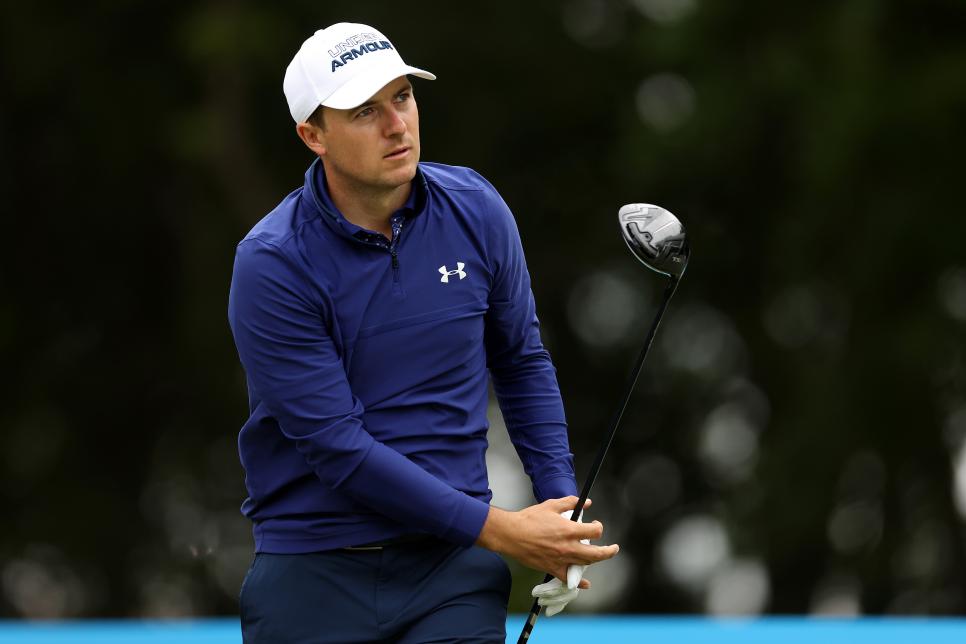 Jordan Spieth, NOT a mudder. Noted. Still, as he noted the T-9 wasn’t all bad considering it was his first start since the Masters after contracting COVID-19 last month. It also turned out to be Spieth’s best finish in 10 starts at the AT&T Byron Nelson as he finally topped that T-16 he recorded as a 16-year-old high schooler in 2010.

Next up, the PGA Championship, where a win would make him go to the head of the class in a different way as he’d become just the sixth player to complete the career Grand Slam, joining Tiger Woods, Jack Nicklaus, Ben Hogan, Gary Player, and Gene Sarazen. With the way he’s been playing, you have to like his chances. Although, after today, we’d like his chances even more if the Ocean Course stays dry.