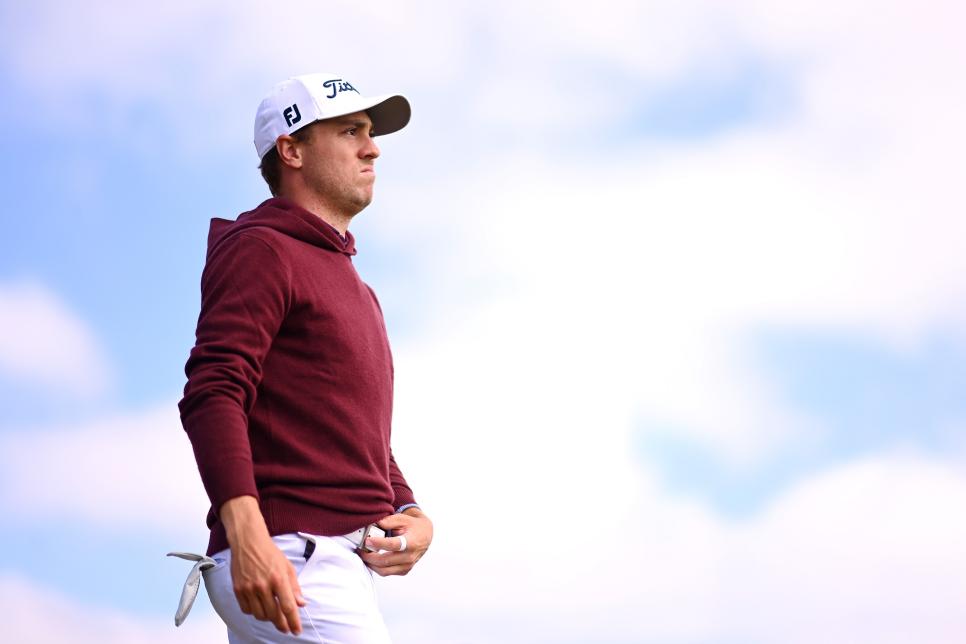 By Christopher Powers
After Bryson DeChambeau and Cobra went back and forth on Thursday, the golf world patiently awaited on a comment from DeChambeau’s arch-nemesis Brooks Koepka, who has shown a penchant for pouncing on the Mad Scientist when he’s already down. Surprisingly, Koepka has remained mum on the matter.

Another well-known player could not stay silent, however. Justin Thomas, who has been known to mix it up on social media, weighed in on DeChambeau vs. Cobra in the comments of an Instagram post from @Ziregolf. The post featured Bryson’s original “the driver sucks” quote, followed by the response from Cobra rep Ben Schomin, who caddied for DeChambeau at the Rocket Mortgage Classic.

Mr. Physics! Easy, JT, this man has a family.

Thomas has not been the only pro to take their DeChambeau shots in the DriverGate aftermath. Dylan Frittelli, also in the Open Championship field this week, commented on that same Instagram post, saying “Indians and arrows again?!”

Jason Dufner, not in th Open field but playing at the Barbasol in Kentucky this week, didn’t mention DeChambeau by name in this tweet Thursday night, but we all know who he is referring to:

If you really wanna get USGA serious about equipment rollbacks, just start blabbering about how your equipment doesn’t go straight enough on miss hits.. that should get the ball rolling on things🤦‍♂️

Don’t bite the hand that feeds you…comes to mind https://t.co/xPV0JFYmm3