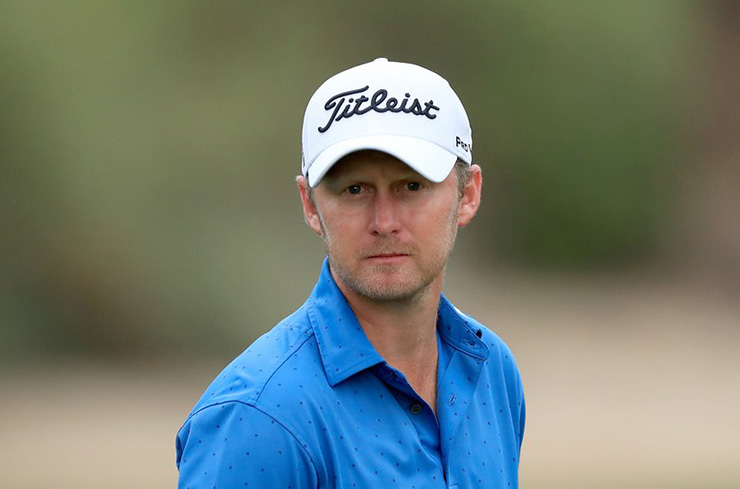 By Joel Beall
The European Tour has seemingly been diligent in policing its new pace-of-play policy in 2020. Justin Harding, apparently, does not share that opinion.

Following his final round at the Saudi International, Harding ripped into the Old World circuit for, in his eyes, a lack of regulation on slow play.

“Turtles should be monitored AT ALL TIMES [at] European Tour,” Harding wrote on Twitter. “We as players who don’t take an age should not be responsible for them. Nor should our round be affected by their inconsiderate behaviour. Pretty simple really.

“F1 doesn’t say to [driver] Lewis Hamilton… ‘Hey pal just slow down because the guys behind can’t keep up.’ If the other 120 players in the field act properly why are we as players forced to play with these guys if they couldn’t give a ****. Week in week out same story, same guys.”

Harding finished by noting “You have players that play with etiquette and in accordance to the rules and you have players who have no regard for it. NONE.”

For those wondering what prompted the rant, Harding left little doubt. The South African retweeted users who concluded Harding’s pairing with Adrian Otaegui, a notoriously slow player, had set Harding off.

18 holes with Otaegui strikes again. Feel like he sparks as much of this as anyone. https://t.co/3rOsgeIIFB

story was pace of played improved on the Euro Tour with new rules.

not in Harding's eyes. https://t.co/KLjdWpPber

Harding shot a final-round 74 in Saudi Arabia, a score that dropped him 29 spots on the scoreboard.

Harding’s remarks come two days after Graeme McDowell was put on the clock following an in-round interview. Although McDowell, who ultimately won the tournament, was understandably upset, the 2010 U.S. Open champ acknowledged the sport needs to do what it must to speed up the game.

“You know, slow golf, it doesn’t help the viewer and it doesn’t help the club golfer on the weekend, and we’ve just got to play fast,” McDowell said after Friday’s round. “That’s something I’m working hard on doing. I really feel like my routine over the last few years has gotten better and better and better. I was disappointed to get that bad time, but it is what it is.”