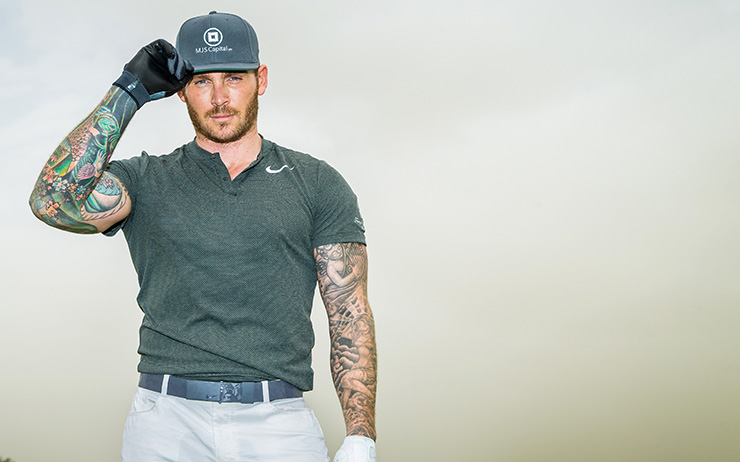 Do you give the sphere an almighty scare? British long drive champion Luke Dornan has an exciting wee challenge for you if so.

Dornan is in Dubai promoting the new Long Drive World Series which will take its global bow at Jumeirah Golf Estates on March 17.

The 31-year-old Londoner and two-time reigning world champion Joe Miller headline a who’s who of the long driving world confirmed for the inaugural £50,000 (US$62,000) event which will be streamed live around the globe and proceeds tournaments earmarked for London, Asia and the U.S.

The JGE tournament will also feature two wildcard picks, one of which is open to a UAE amateur via a qualifying tournament launched by Dornan Monday at eGolf Megastore’s Al Wasl shop.

Dornan gave the store’s X-Golf simulator, and the ear drums of shoppers on hand for the made to media promo, a fright to launch the Long Drive World Series.

With his 415 yard marker laid down, weekend warriors are now invited in store for the next three weeks to try and qualify for the main event on the European Tour Performance Institute driving range at JGE which will have all the usual long drive razzmatazz including pyrotechnics and onsite DJ. 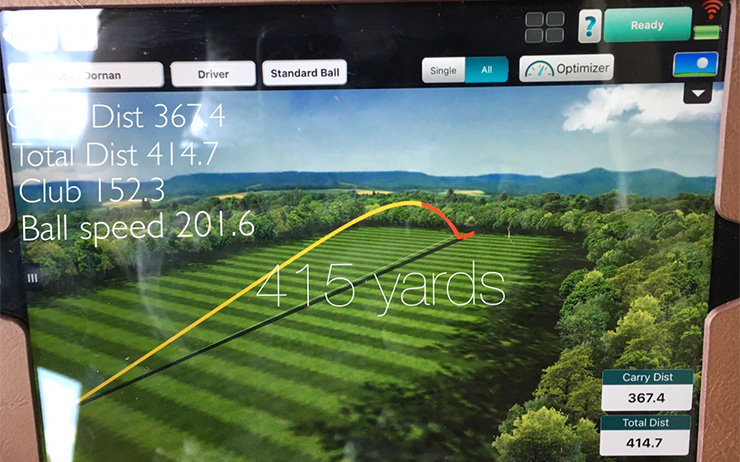 Like normal long drive competitions, amateurs will be given three minutes on the simulator (eight balls max) to be crowned the UAE’s longest amateur and must keep their ball inside a grid that is 100 yards wide. The grid for JGE will be an even narrower 60 yards and 550 yards long – with the aim of winning the event and breaking the current world record of 515 yards.


The weekend warrior winner mightn’t be able to compete with the long ball pros at JGE – Miller’s winning drive at last year’s world championships was 423 yards (he hit a 439 yarder in the semifinals), while Dornan’s competition best was four yards longer – but they will surely savour the experience.

“This event promises to inject some real glamour into the sport that I love and I am very proud to be lining up alongside these players…they really are the cream of the crop,” Dornan said.

“We will we push each other to our limits and in the right conditions, I expect to see drives well in excess of 400 yards across the board.”

The JGE event includes an open qualifier on March 16 to secure the other wildcard spot. The final the following day will run into the evening.

Said Miller: “I am really excited to be competing in Dubai in the first Long Drive World Series… an amazing location with an elite field of proven winners from around the world. It’s going to be an exciting event and hopefully I can reign in the desert.”