Jordan Spieth ties for eighth, hints that his weekend woes might be behind him 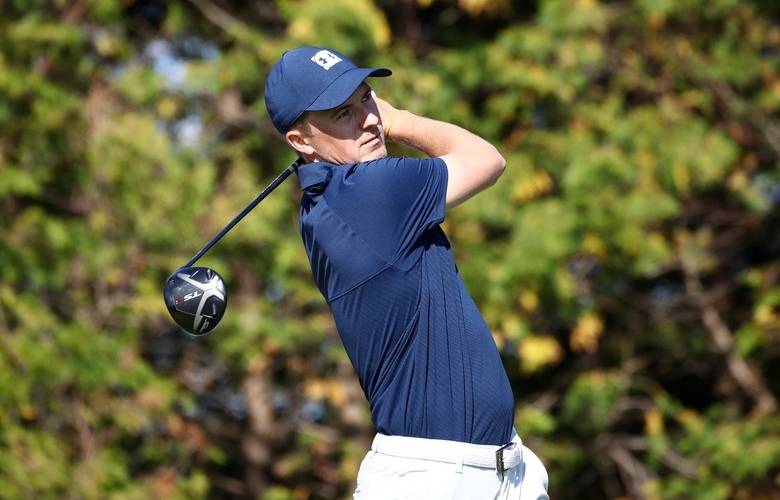 Chung Sung-Jun
JEJU, SOUTH KOREA – OCTOBER 20: Jordan Spieth of the United States hits his tee shot on the 3rd hole during the final round of the CJ Cup @Nine Bridges at the Club at Nine Bridges on October 20, 2019 in Jeju, South Korea. (Photo by Chung Sung-Jun/Getty Images)

By John Strege
Weekends owned Jordan Spieth in the 2018-’19 season, the least productive of his career, and whether he can again effectively navigate them is the key to his bid to return to prominence.

It is too early to tell whether he has found a remedy, but in his first start of the new season, he hinted at better weekend days ahead. Spieth bettered par in both weekend rounds, shooting 70 and 71, to tie for eighth in the CJ Cup @ Nine Bridges.

More impressively is that he opened each of the final two rounds with two bogeys on the Nine Bridges course, yet he was able to keep the rounds from unravelling.

He was not in contention in what became a two-man race, Justin Thomas versus Danny Lee, but neither were his rounds further contributing to the enigma he had become after producing 11 victories, including three major championships, in his first five seasons.

He made 23 starts last season and finished in the top 10 in only four of them and in the top 25 in only eight, each a career-low.

His weekend rounds last season weren’t statistic outliers; his driving accuracy and greens in regulation stats were anemic, too, 181st and 179th, respectively, and contributed to his debilitating Saturdays and Sundays.

Only his putter was effective; he was second on tour in strokes gained putting and first in one-putt percentage last season. Spieth’s expertise with the putter was on display at Nine Bridges, where he led the field in fewest putts per green.

It may not have been a winning formula for Spieth, but all in all, it did represent progress.