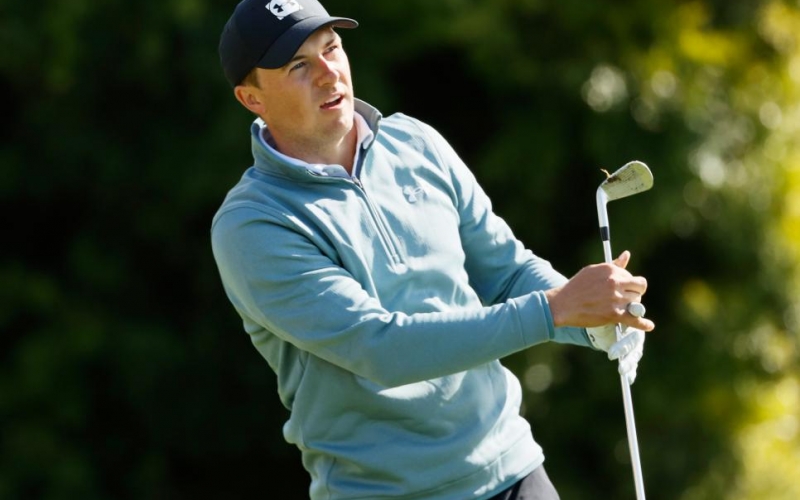 Steph Chambers
Jordan Spieth plays a shot during the third round of the AT&T Pebble Beach Pro-Am.

By Christopher Powers
Narratives can change very quickly on the PGA Tour, even in a span of less than 24 hours. On Friday evening, Jordan Spieth was most definitely back, having taken sole possession of the 36-hole lead at Pebble Beach. Then, after a brutal start to his back nine on Saturday, he was two shots off the lead, and most definitely no longer back.

Then came the par-4 16th hole, where Spieth found the left side of the fairway with his tee shot, leaving him with 160 yards to a tucked left pin on one of the smallest greens on the course. The four-time major champ pulled 8-iron and hit a perfect draw. About 10 seconds later, he was BACK again:

What. A. Golf. Shot. This was his second eagle hole-out of the week, the first coming on Thursday at the par-4 10th. He’s not truly all the way back until he closes a tournament out, but these hero shots sure make it feel like he’s back.

Incredibly, Spieth holds the 54-hole lead by two shots, helped by Daniel Berger making double-bogey 7 at the 18th when his pushed his tee shot no more than a foot to the right of the cart path and out of bounds.

Perhaps just as exciting for a circuit that has for so long operated under professional golf’s radar, more than 200 hours of live golf will be shown.