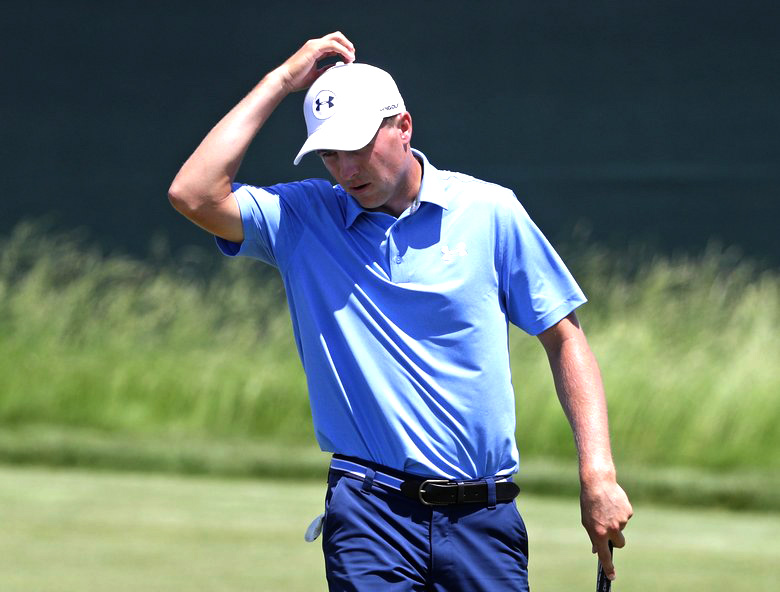 HARTFORD, WI – JUNE 15: Jordan Spieth of the United States reacts after a putt on the sixth green during the first round of the 2017 U.S. Open at Erin Hills on June 15, 2017 in Hartford, Wisconsin. (Photo by Streeter Lecka/Getty Images)

By most metrics, Jordan Spieth is enjoying a helluva season. Four top 3s, including a win at Pebble Beach. He ranks second in birdie average and third in scoring, and — following a rough year with his irons — his second-shot prowess (first in strokes gained: approach) has returned.

Yet, as the U.S. Open’s end marks the start of the second half of the tour calendar, there’s an undeniable sense that the 23-year-old — by his standards, at least — is underachieving. A stance solely derived from his issues with the putter.

Spieth’s short game was a major catalyst in his historic 2015 campaign, leading the tour in putting and one-putt percentage. His extremely solid 2016 was similarly boosted by the flat stick, ranking second in its stroked gained category. This season has been a different tale, as Spieth has gone shocking cold on the dance floors. He’s 76th in total putting, 40th in strokes gained: putting.

The two-time major winner was so desperate that he switched putters at the Nelson, only to return to his old Cameron the following tournament. He saw positive results at the Colonial; however, it proved to be an ephemeral improvement, as Spieth’s woes were on full display at Erin Hills, finishing with a -2.864 strokes gained figure.

Speaking at TPC River Highlands on Wednesday, Spieth acknowledged putting has been a riddle he’s been unable to solve this year.

“I’ve been trying to make my stroke perfect with the perfect consistency, and there is really no point,” Spieth said. “If you’re looking at a spot and you set up and you know you’re set up there and you can consistently hit it there, then it doesn’t really matter what the stroke looked like.”

Despite an impressive catalog of finishes, Spieth believes he’s only had two solid putting events all year.

“When I say solid, I’m not talking about the actual result,” Spieth said. “That just happens to come with them, and it normally does when you’re putting well, but just my comfort level on the greens.” 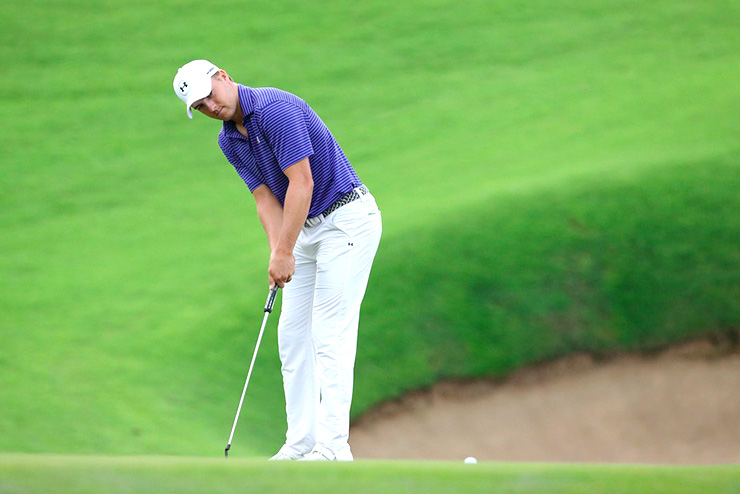 Making his debut at the Travelers Championship, Spieth’s reviewed the tape from the past two seasons, and discovered that, even when he was on fire, his putting style would differ week to week.

“From Tour Championship in ‘15 to Masters in ‘15, very different strokes. You wouldn’t necessarily look and see by the naked eye, but if you looked at the intricacies of the stroke and the way the putter traveled, they were actually tremendously different,” Spieth said. “But the one similarity and consistency in it was up at 95 percent or higher. So even with the stroke being off, my face control to that stroke was the same each time, and that’s what I’m trying to get is that consistency level up.”

While looking exasperated at times speaking on the issue, Spieth refused to lament on the problem. Instead, he remained optimistic, saying it only takes one or two tournaments to get back on track.

“Just you go through spurts here and there, and I went through it in ‘13 and ‘14, and even ‘15 when I wasn’t making as many putts for a week or a couple weeks,” Spieth said. “If I hit 15 greens, I have to make a couple of them. You roll the ball near the hole that many times, if it’s luck, one of them is going to bounce in. Or you just believe that’s a good stroke, and the hole starts to look bigger.”