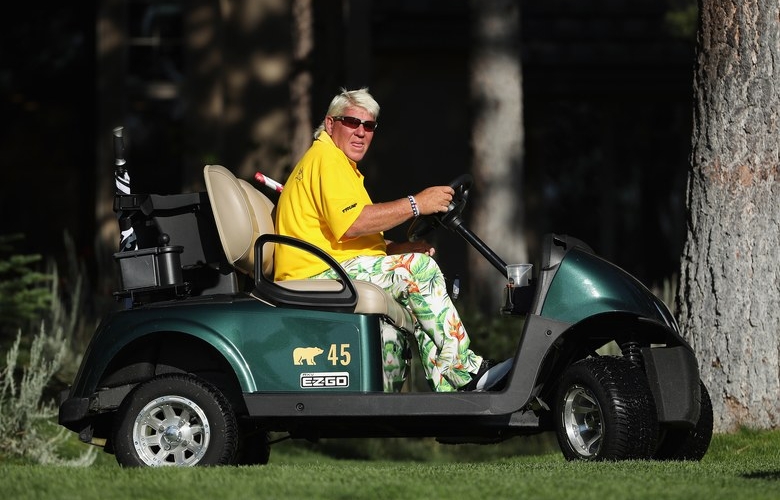 Christian Petersen
RENO, NEVADA – JULY 27: John Daly drives a cart up to the 16th tee during the continuation second round of the Barracuda Championship at Montreux Country Club on July 27, 2019, in Reno, Nevada. (Photo by Christian Petersen/Getty Images)

By Dave Shedloski
WHITE SULPHUR SPRINGS, W. Va. – John Daly’s cart-riding days – at least in major championships — might be coming to an end.

Winner of the 1991 PGA Championship and 1995 Open Championship, Daly said Tuesday at The Greenbrier that he likely will undergo surgery on his arthritic right knee before the end of the year. He said after seeing his doctor last week that it was recommended he have a partial knee replacement.

“It’s not scheduled yet, but the doctor says it’s got to be done,” said Daly, who is playing in this event for the second time in as many years on a sponsor exemption.

Daly is using a cart this week in the season-opening PGA Tour event, A Military Tribute at The Greenbrier, having been granted a waiver by the tour to ride a cart while competing in PGA Tour events and four-round Champions Tour events that require walking.