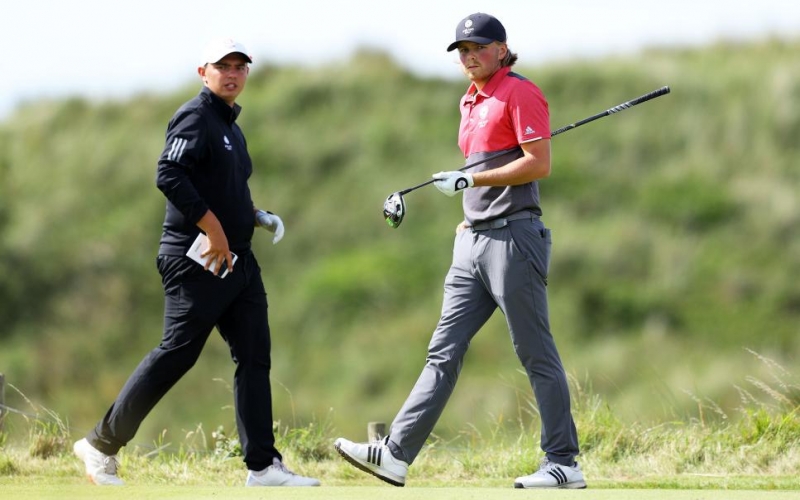 Richard Heathcote/R&A
Hailing from the same town of Britsol, England, Joe Long (right) and Joe Harvey found themselves competing against each other in the British Amateur finals on Sunday at Royal Birkdale.

By John Huggan
Although it has been 21 years since it last happened, it isn’t too unusual for two Englishmen to contest the 36-hole final of the British Amateur Championship. It’s a little more notable when both men hail from the same city, in this case Bristol, though. And perhaps even rarer when they share the same first name.

So it all came to pass at Royal Birkdale, where the championship was held after being postponed from its original June dates due to the coronavirus. Three weeks after the pair played together in a midweek medal at the Kendleshire club in their home city (first prize a £30 pro-shop voucher), Joe Long and Joe Harvey went head-to-head for a decided more significant prize. And it was Long who emerged victorious on a course where, curiously, no Englishman has ever won any of the nine Open Championships played over the challenging Lancashire links. Still, that Long would be the eventual 4-and-3 winner of the final at least made sense. He entered the championship ranked 102nd in the world; Harvey was a distant 897th.

With a 2-up lead through the morning 18, Long lost the opening hole of the afternoon but had restored his two-hole advantage by the turn. Two wins in succession thereafter, followed by four halves was enough to see Long, 23, become the first Englishman since Harry Ellis in 2017 to claim what was once one-quarter of golf’s Grand Slam. Those days are long gone, but Long can still look forward to exemptions into the 2021 Open Championship at Royal St. George’s and the U.S Open next June at Torrey Pines, as well as a likely invitation to next April’s Masters.

“It sounds amazing, 125th Amateur Champion has quite a nice ring to it,” Long said. “I was feeling nervous, we both were. My game plan was just to try and stick in the present as much as I could, forget about all the rewards and benefits that come with winning. I felt like I was pretty solid overall. This afternoon I was hitting driver well and holed a few nice putts as well, which was cool. I just had it in play all the time and felt in control. Joe is a really good mate, and when I win it is hard to see him lose. But it is all part of the sport we play and the match was played in great spirit, we enjoyed it out there.” 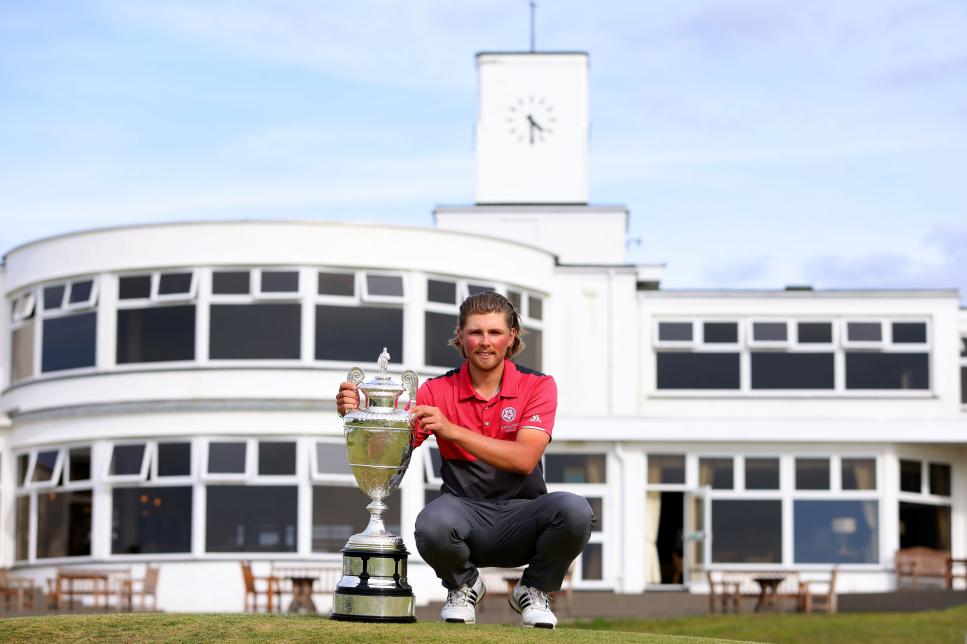 Richard Heathcote/R&A
Joe Long poses with the British Amataur trophy after beating Joe Harvey, 4 and 3, in the 36-hole final at Royal Birkdale.

For the record, Long is the 51st Englishman to win an event that has an illustrious list of past champions. Bobby Jones, Deane Beman, Jay Sigel, Frank Stranahan, Lawson Little, Joe Carr, Sir Michael Bonallack, Jose Maria Olazabal, Sergio Garcia, Matteo Manassero and Romain Langasque—winner of last week’s Celtic Classic on the European Tour—all have their names on the famous trophy.

Michelle Wie West hasn’t competed in an LPGA Tour event in nearly two years, but the woman who literally grew up before our eyes still commands our fascination.