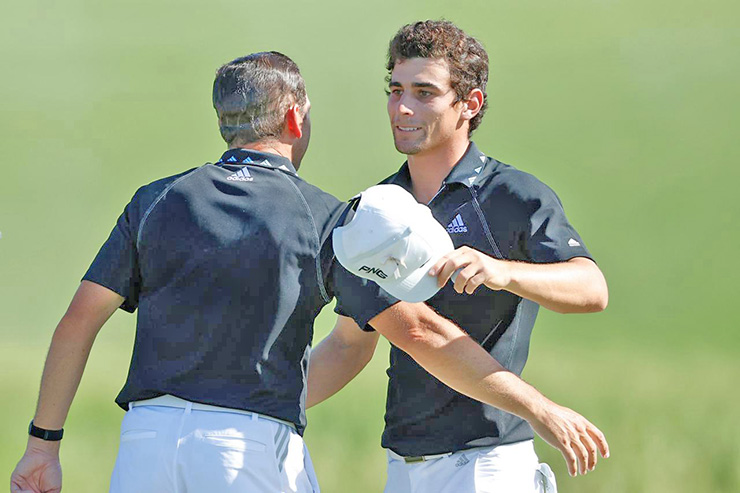 We’re pretty sure the 22-year-old golfer was unaware that his 31 birdies during the Sentry Tournament of Champions came within one of the PGA Tour records. And we’re positive he wouldn’t have known whose mark he would have matched. Heck, we’re guessing very few golf fans know about this one.

Turns out, only two golfers have made 32 birdies during a 72-hole event in PGA Tour history. One is Mark Calcavecchia, a major champ with a penchant for going on birdie sprees. Calcavecchia, whose 32-birdie binge came during the 2001 Waste Managment Phoenix Open, also shares the record for consecutive birdies with nine in a row. Yeah, Calc can COOK as the kids say.

But the kids probably don’t know too much about the other member of the 32-birdie club, Paul Gow. Yep, Paul Gow. Oddly enough, the Australian also had his scoring explosion in 2001 at the B.C. Open. But unlike Calc, Gow didn’t win the event, falling in a playoff to Jeff Sluman. Ouch.

In fact, Gow never won a PGA Tour event, and only competed in two majors during his career, missing the cut at both the 2000 and 2002 U.S. Open. Here’s a look at the PGA Tour’s top-10 list of most birdies in a 72-hole event:

At last week's Sentry Tournament of Champions, Joaquin Niemann made 31 birdies, tied for third-most in a 72-hole event in PGA TOUR history. pic.twitter.com/db2a8nmQNR

It’s an interesting mix of names to say the least. Also interesting? The fact that only half of the players on the list (Calcavecchia, Andrew Landry, Steve Stricker, Phil Mickelson and John Huston) won those events. In fact, Overton somehow managed to only finish T-27 at that 2013 American Express Championship despite rolling in 31 birdies. How is that possible?!

In other words, don’t sweat it too much, Joaquin. Not that you were. It’s probably for the best the tour didn’t tag the young man in that tweet. . .