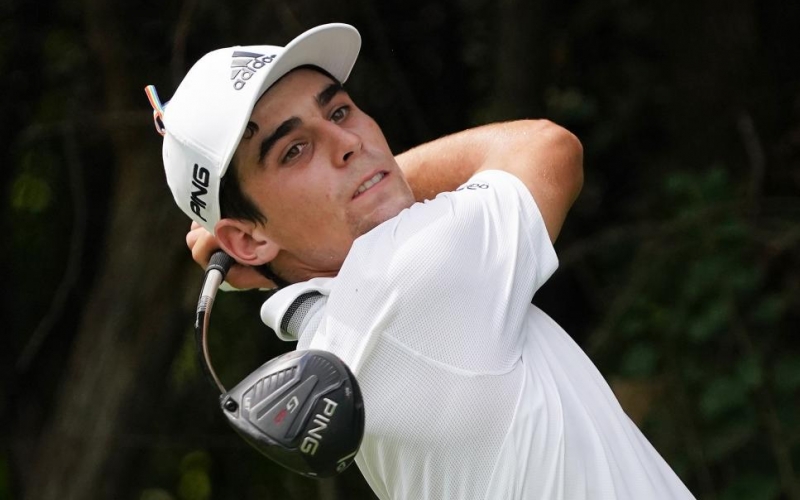 By Shane Ryan
The notice came through my editor: Joaquin Niemann, the 22-year-old Chilean rising star, was on a mission to raise money for his one-month-old cousin, Rafita Calderon, who was diagnosed with Spinal Muscular Atrophy, a rare neuromuscular disease that leads to muscle wasting and respiratory failure, while being the most frequent genetic cause of death among infants.

Most infants diagnosed with the disease do not live beyond early childhood. In 2019, the FDA approved the drug Zolgensma, a gene therapy for children under the age of 2. According to the FDA, a one-time intravenous injection “improves muscle movement and function, and survival of a child with SMA.” With the advent of this treatment, it’s possible to stop the deterioration of motor neurons and give children a chance not just to live, but to reach normal developmental milestones.

It is also, as you might guess, incredibly expensive. In a GoFundMe page letter written by Made and Felipe Calderon (Felipe is first cousin to Niemann’s mother), they say a one-time injection of Zolgensma costs $2.1 million. It is a situation that has provoked outrage globally, particularly after the drug company Novartis instituted a lottery offering free treatment to 100 affected children based on doctor submissions, essentially turning treatment into a competition.

Niemann said on Saturday after playing in the third round of the RSM Classic that in Chile there is a mixed private-public health insurance structure, but he gave a rueful laugh when asked if the system would cover such an expensive treatment. Instead, he has judged that charity is the best path to cover the costs and has already written impassioned pleas on social media. In addition, he’s donating his entire purse from this week’s tournament and next week’s earnings at Mayakoba to Rafita, along with $5,000 for every birdie and $10,000 for every eagle. After the third round, he’s currently projected to win just over $15,000, and has made 15 birdies, for a total of approximately $90,000.

“When they told me [Rafita] was going to have a really bad disease, I didn’t realize what it was,” Niemann said. “I didn’t put much attention on it, and then a couple days go on, they tell us the bad news, that this medicine was this much amount of money … I was in my mind going crazy, ‘what can I do to help out?'”

Rafita Calderon was born with Spinal Muscular Atrophy and golfer Joaquin Niemann is raising funds for his care. Photo courtesy of Calderon family

Niemann’s family in Chile, where Rafita is receiving treatment at a medical centre in the capital city Santiago, began a campaign of their own, appearing on television news and receiving support from famous athletes in the country. Niemann’s own sense of urgency was palpable at the RSM, where he emphasized that the sooner the infant received the injection, the better the outcome. He was eager to get the story out not just through the media, but also to his fellow players, many of whom are involved in charity endeavours of their own.

As he stood before reporters in the flash area after his round, it was impossible not to think of Camilo Villegas, who is playing in the aftermath of his young daughter’s death from cancer this past summer. I asked Niemann if there was any slight connection, or if he thought of the Villegas family when he heard the news about Rafita.

And then he stopped speaking, put his head in his hands, and began to cry. It was unexpected and affecting to watch this golfer—who suddenly seemed very young—lose himself to the emotion of the moment. The silence lasted more than a minute, interrupted only when he softly swore at himself, and a reporter reassured him, “Hay tiempo”—there’s time. Melanie Trotter, the tournament’s media director, brought him a bottle of water. He thanked her and composed himself as best he could.

“I don’t know,” he said. “It’s just thinking about him [Rafita], and his … more of him and his family, that they are really nice and it’s sad to see things like this happen. So it’s kind of like a mission for me to help out for them, and they’ve been so nice to me since I grew up, since I was a kid, so I just feel good by helping back.”

The larger theme, the suffering of children, has been sadly prevalent this week, and although nothing can redeem these acts of fate that strike us as inexplicable and cruel, it’s also true that they’ve revealed the character of the men and women who are forced to respond; Villegas and his wife Maria, choosing courage in the wake of tragedy, and Niemann, breaking down in front of strangers as he races against time to save a suffering child he has not yet met.

An open letter to new golfers, from the rest of us

In changeable weather, there’s a luck-of-the-draw element to every golf tournament—did you tee off in the placid morning or the torrential afternoon?