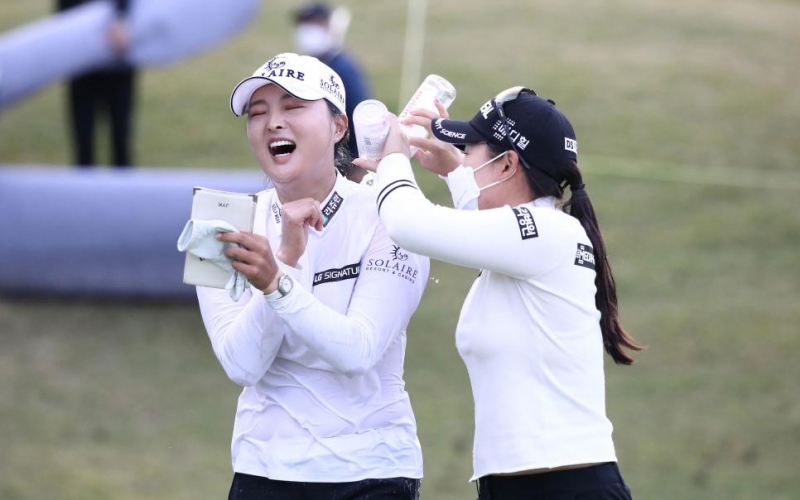 By Keely Levins
There was a lot going on at the BMW Ladies Championship for Jin Young Ko. The 26-year-old from Seoul was the talk of the tournament during the first round, where a round in the 60s would’ve meant she’d broken Annika Sorenstam’s record for most consecutive competitive sub-70 rounds. Ko’s one-under 71 wasn’t enough, leaving her to set for a tie with Annika at 14 straight. Still, there was the opportunity that if a South Korean won the BMW, she’d notch the 200th win for her home country on the LPGA Tour. The pressure on Ko, the highest-ranked South Korean player, was only increased by the fact that all of this was happening in South Korea, her home country.

But Ko was able to put the pressure aside and do what she does best: hit a staggering number of greens (62 of 72 for the week at LPGA International Busan) and go low on Sunday. Ko shot a final-round 64, which put her and 54-hole leader Hee Jeong Lim (68) in a tie at 22 under. Ko bested Lim on the first playoff hole with a birdie. It was her first playoff triumph and the third time in Ko’s career that she won an event after starting the final round four shots behind. The win was Ko’s 11th on the LPGA Tour.

“This is a tremendous honour,” Ko said. “And I think it’s very fortunate that I am the player, the 200th-win player, and I actually think that it’s really fortunate that it was an event held in Korea as well. And obviously being the player of the 200th win of the Korean player was not a goal that I was working toward. It just happens so that I was really focused and I did my best, and this came along. So I’m very happy and satisfied.”

The win at the BMW is Ko’s second win in her last two starts after taking the title at the Cognizant Founders Cup and her fourth in 2021, the most of any player. A week prior to Founders Cup, Ko finished T-2 at the ShopRite LPGA Classic. It shouldn’t come as a surprise with those finishes that after the BMW, Ko is projected to regain her spot as the No. 1 player in the world, overtaking Nelly Korda, who was not in the field at the BMW.

This win comes with other accolades for Ko. There are two events left on the LPGA Tour calendar, but Ko has clinched the Leaders Top 10 competition and the $100,000 prize that goes to the player who finishes the season with the most top-10 finishes. Her win also puts her ahead of Korda on the Rolex Player of the Year points list. She leads by 15 points. 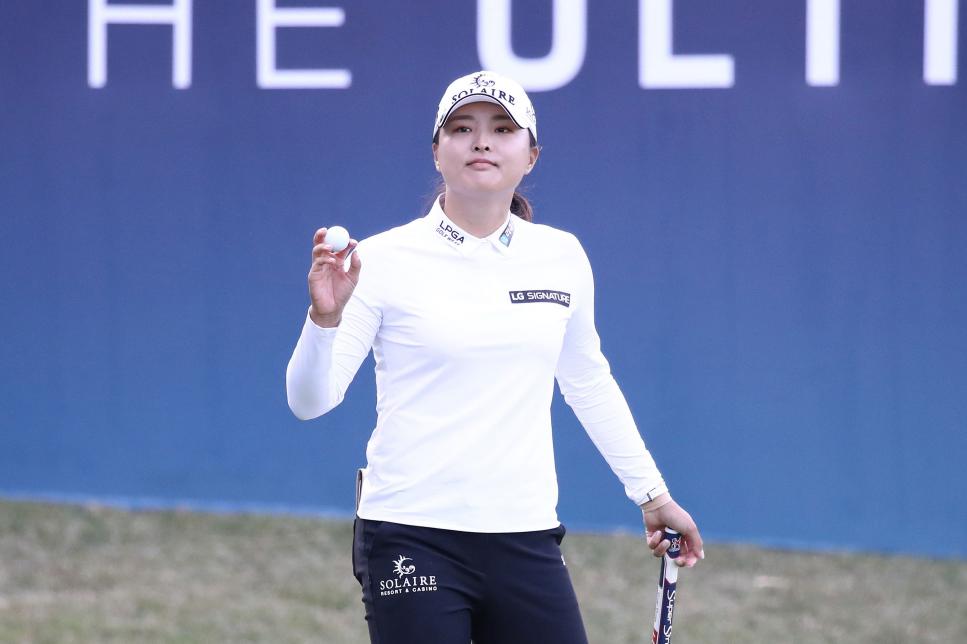 Chung Sung-Jun
With the win, Jin Young Ko has four victories this season on tour, the most of any player, and is projected to retake the No. 1 spot on the Rolex Women’s Ranking.

Ko’s recent success comes after what was a tumultuous early season. She wasn’t happy with her swing and said her game lacked “flow.” Then, her grandmother fell ill. Due to COVID-19 travel restrictions, she wasn’t able to be with her family in South Korea. Instead, she was preparing for and playing in the ANA Inspiration and the U.S. Women’s Open.

“During the week of ANA, I think I slept maybe three to four hours a day because I was crying so much,” Ko said. “I came to think What’s the use of all this? I was very skeptical about why I was playing golf when I couldn’t be there for my grandmother. I’m actually the eldest granddaughter, and my family was going through a difficult time. I couldn’t be there for my family. And I really place a high value on happiness. So golf is a means to get there. It’s not an end for me. So at the time I became really doubtful about why I was playing golf. But I think time heals everything. And after Singapore, I came to Korea, I was able to [see] my grandmother, and it just gave me a lot of comfort.”

Ko has found her happiness on the golf course at the right time. There are two events left on the LPGA Tour calendar, the final event being the CME Group Tour Championship where the winner’s check is the biggest in women’s golf: $1.5 million. Playing for a big paycheck and Player of the Year honors is a lot of pressure, but Ko continues to prove that she can handle it.